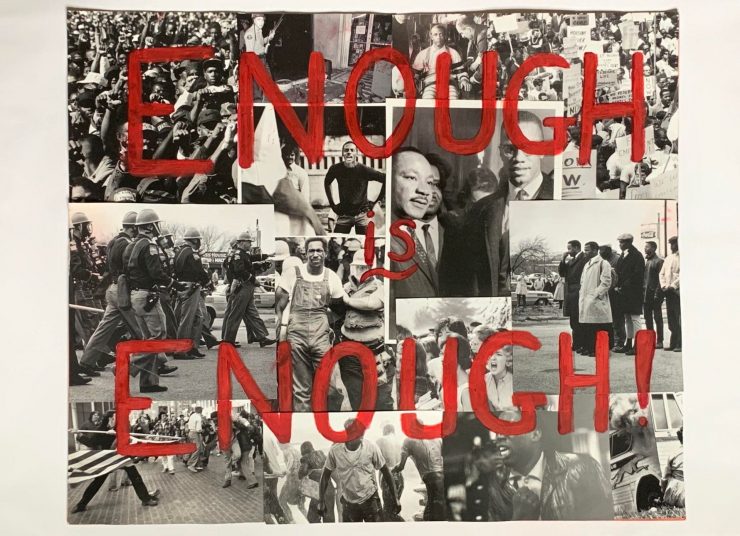 Three Stony Brook students spoke about the creative inspiration behind their work presented at Zuccaire Gallery’s RECKONING: Student Mural. More than 60 pieces created by students across campus and around the world were submitted to the online student digital mural. 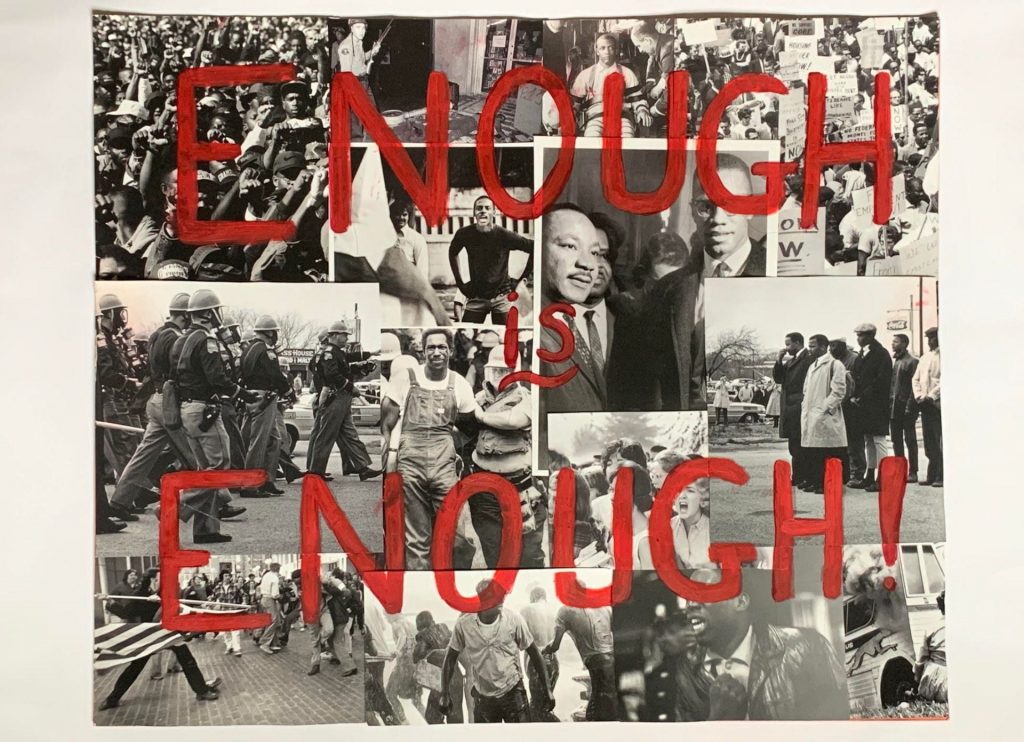 Enough Is Enough
Priscilla Nash, Psychology, ‘21
“I created this collage with pictures from a civil rights photography book I had. I sat on the floor and just cut out all these pictures. I’m trying to put them together on the floor in a way that they make sense and it was the first feeling of release that I had felt in months. I needed to create this and I decided that I would paint over the collage in red oil paint ‘enough is enough.’  I made this piece for protest and I didn’t really make it thinking that I would be submitting it to a gallery. This was purely to send a message and it has come with me to dozens of protests and has seen a lot. It says all I can say – Enough is Enough!” 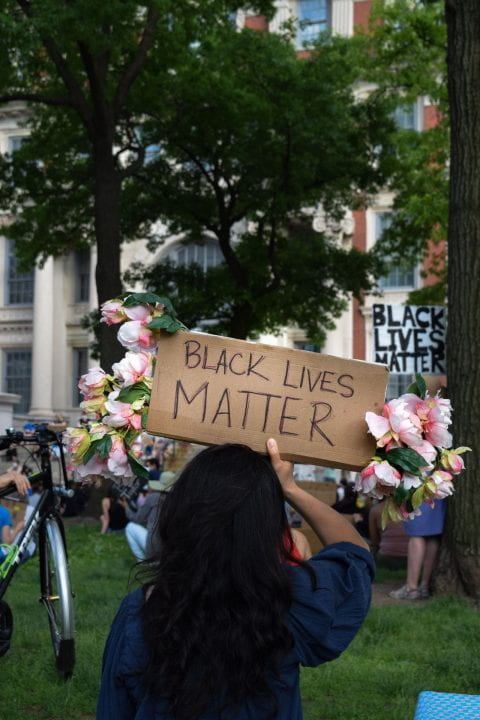 In Silence
Rabia Gursoy, Journalism, ‘21
“It’s only through a collective effort that any real change to laws, policies and practices can occur. We really saw this through the BLM movement.

I felt that the protests were only being depicted as violent and damaging to the country, but this was not the case. Many peaceful protests were held around the city and I wanted to help reshape the way people were viewing the protests.

I attended multiple protests as a photographer and felt that this image was the one that portrayed the truth about what the protests were meant to be.” 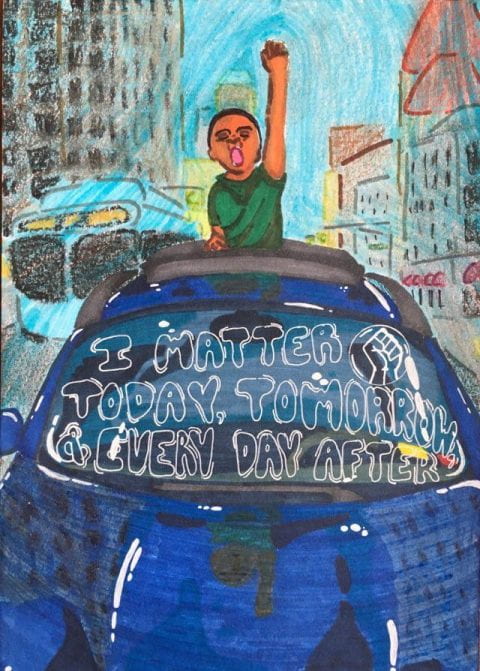 I Matter
Gianna Coscia, Physician Assistant studies, ‘22
“For anyone who doesn’t know where to start, educating yourself and others is a great beginning. Read, watch documentaries and videoclips, speak out — and make art!

My inspiration behind this was not only the BLM movement itself but the story of this little unnamed boy at a protest in Brooklyn, NY. It was an image I saw a while back, but it stuck with me. He reminds us that this affects us all and will continue to affect generations to come if we don’t all take part. His courage speaks louder than words.”