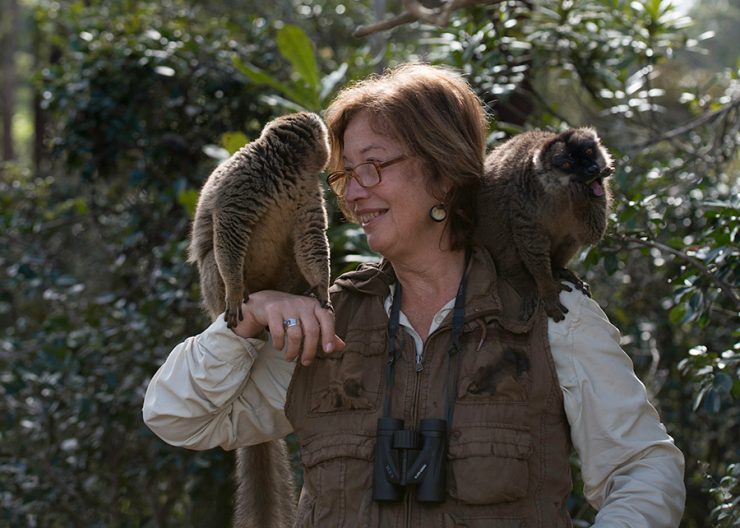 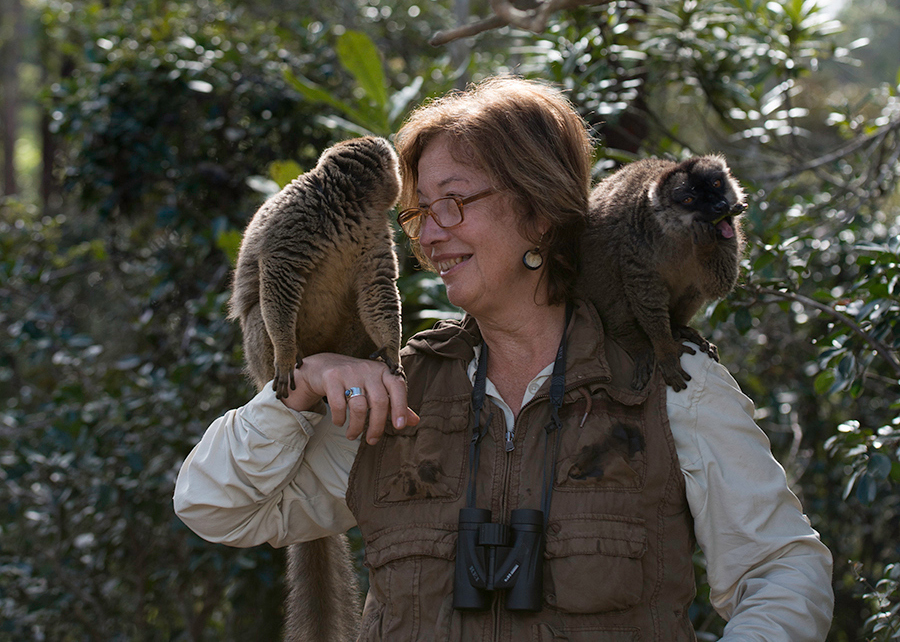 Distinguished Service Professor Patricia Wright — one of the world’s foremost experts on lemurs and a leading figure for conservation in Madagascar — is featured on the cover of August’s Smithsonian magazine.

The article, Into the Forbidden Forest, explores the biodiversity in the wilderness of Madagascar and recounts how Wright’s crucial research began. It describes a recent visit to Madagascar — when she joined people of the Bara ethnic group in celebrating the opening of a ranger station, which she helped build — and then went on a four-day expedition.

Wright, the Herrnstein Professor of Conservation Biology in the College of Arts and Sciences Department of Anthropology, has been conducting field research in the island nation for more than three decades and has been recognized by the government with its highest honors, including a knighthood. Their destination on this visit was a place Wright had learned about only a few years ago, which she calls the “Lost Rainforest.”

Read the Smithsonian article, with captivating photos taken by Wright’s husband, Noel Rowe, who served as the expedition’s photographer.

Wright is the founder of Centre ValBio, a world-class research station located on the edge of Ranomafana National Park, a 106,000-acre World Heritage Site that she helped establish with the government of Madagascar. Under her direction, Centre ValBio works to protect Madagascar’s unique and biologically diverse ecosystems through conservation science and projects that directly benefit the local people, including rural healthcare delivery.

Wright has received numerous awards and honors for her research and conservation work, including the 2014 Indianapolis Prize for Animal Conservation and the Chevalier d’Ordre National (National Medal of Honour) and Officier d’Ordre National (National Order of Merit) from the President of Madagascar. She is also a MacArthur Fellowship awardee and has received the Wildlife Conservation Award from the Cincinnati Zoo and Botanical Garden and has been named a Natural World Hero by the wildlife travel service, Natural World Safaris.

Important Testing Information – Why, Where, How and Two New Sites Particularly as we enter the holiday season and more of us gather indoors, it’s as important as ever to continue following the protocols that have kept...