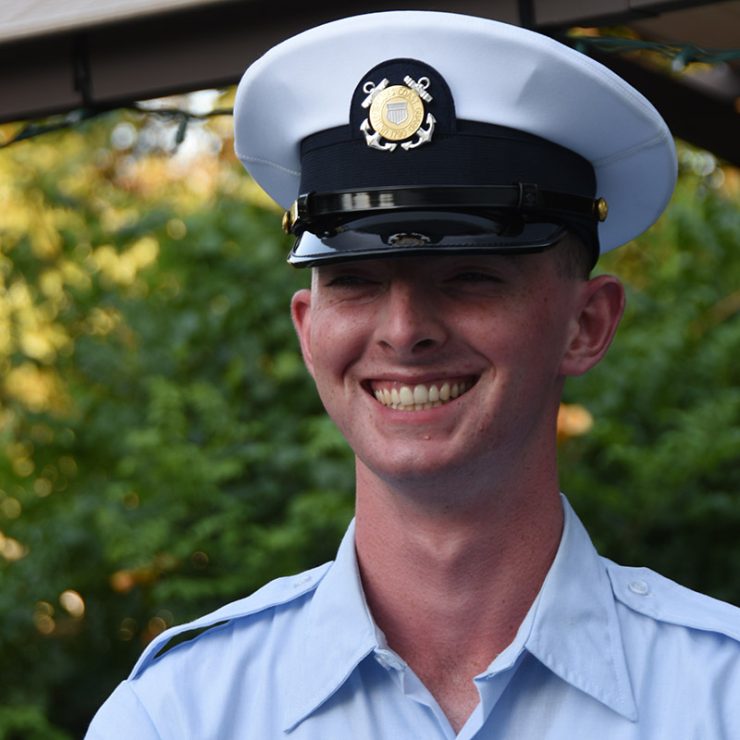 Ever since middle school, James Pizaro ’22 has harbored an increasing interest and love of the environment. At Stony Brook University, he discovered a path that would not only lead to a greener planet, but to bluer seas.

A native of Long Island, Pizaro chose Stony Brook because of its proximity to his home and the positive impression the School of Marine and Atmospheric Sciences (SoMAS) left on him when he was applying to colleges.

At Stony Brook, Pizaro, an environmental studies and economics double major, is an independent researcher under Associate Professor Kamazima Lwiza, studying the impact of climate change on vessel traffic in the Arctic and what the region can do to meet the demands of changed vessel traffic patterns. He has also researched the impact of a carbon tax on Long Island consumer decisions under Juan Carlos Conesa, a professor in the College of Arts and Sciences Department of Economics, and has been a research assistant for Henry Bokuniewicz, a distinguished service professor at SoMAS, investigating tide and erosion.

After an internship in environmental advocacy and another in land conservation, Pizaro joined the U.S. Coast Guard (USCG), enlisting in the College Student Pre-Commissioning Initiative (CSPI) scholarship program in June 2021.

“The Coast Guard shares environmental responsibilities with the EPA and responds to pollution incidents in coastal areas,” said Pizaro. “It also supports scientific research and enforces fisheries laws globally. Joining was a great way to secure a career that will further my professional development and positively impact the environment and nation around me.”

This past summer, Pizaro spent eight weeks in USCG’s basic training in Cape May, New Jersey. Since then, he has been shadowing Coast Guard personnel in the New York area, learning about law enforcement, pollution response, container ship inspections, lifesaving and more.

“Boot camp was challenging and I benefited greatly from the experience,” he said. “You learn the importance of paying attention to small details, giving maximum effort at all times, holding yourself to a higher standard, and taking care of the person next to you.”

“CSPI officer trainees only have a commitment of four hours of Coast Guard work a week, which leaves plenty of time to focus on studies,” said Pizaro. “They also cover tuition, fees and books, and offer a full-time salary with a housing allowance, food allowance and 100 percent medical, dental and vision coverage. There is no need to take extra jobs to pay the bills in this program.”

Pizaro will finish college on a full USCG scholarship. Upon graduation, he will attend the 17-week OCS in New London, Connecticut, after which he will be commissioned as an officer in the Coast Guard and likely assigned to a major port somewhere in the United States.

“I hope to be a response officer working in marine environmental response, search and rescue, maritime law enforcement, and natural disaster response,” he said. “In the long-term, I hope to pursue some of the advanced education opportunities the Coast Guard offers its officers, such as paying them to go to graduate school and get a master’s degree. I also am interested in pursuing opportunities to run stations and response departments. The Coast Guard is giving me an opportunity to do good for others and for myself by offering a competitive salary and education opportunities, and I am trying to take full advantage of it.”

As he begins his last semester, Pizaro describes his experience at Stony Brook as very positive.

“I have received a world-class education for a very low cost, and now for no cost due to the Coast Guard’s scholarship program,” he said. “I have been able to network with accomplished professors with the best interests of students at heart. I also may not have been eligible for CSPI if I did not attend Stony Brook, as only students at diverse colleges are eligible.”

In addition to citing Lwiza and Bokuniewicz, Pizaro considers SoMAS Distinguished Service Professor Malcolm Bowman and Larry Swanson, former associate dean of SoMAS who passed away in 2020, as mentors.

“The SoMAS faculty have played a very important role in my development and helped point me toward some great opportunities,” said Pizaro.

As he looks forward to completing his Stony Brook education, Pizaro also offered some sage advice for incoming students and underclassmen.

“Try your hardest to say yes to every opportunity that you are presented with and to seek out as many opportunities as you can,” he said. “Network with professors, local businesses and nonprofits; get involved at the Career Center; get involved with research; make a LinkedIn account; and make the most of what Stony Brook has to offer. Be actively involved in your education instead of cruising through classes — you will get a lot more out of it that way.”

Students interested in applying to the U.S. Coast Guard’s College Student Pre-Commissioning Initiative can contact a recruiter by visiting GoCoastGuard.com/CSPI. 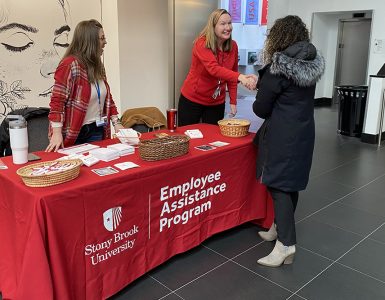