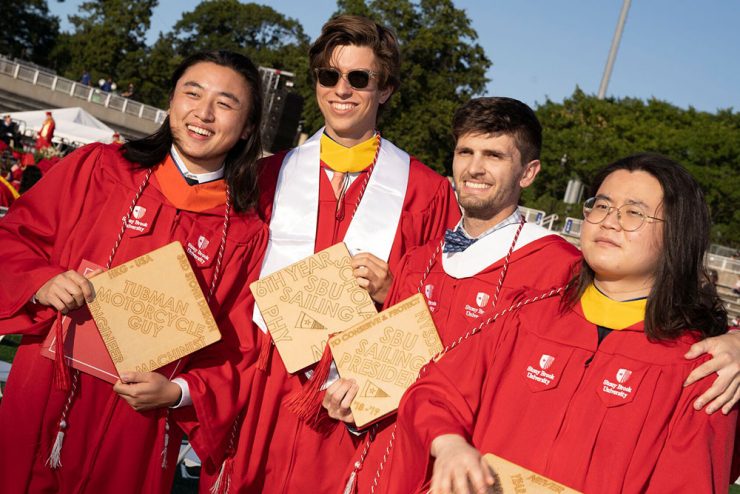 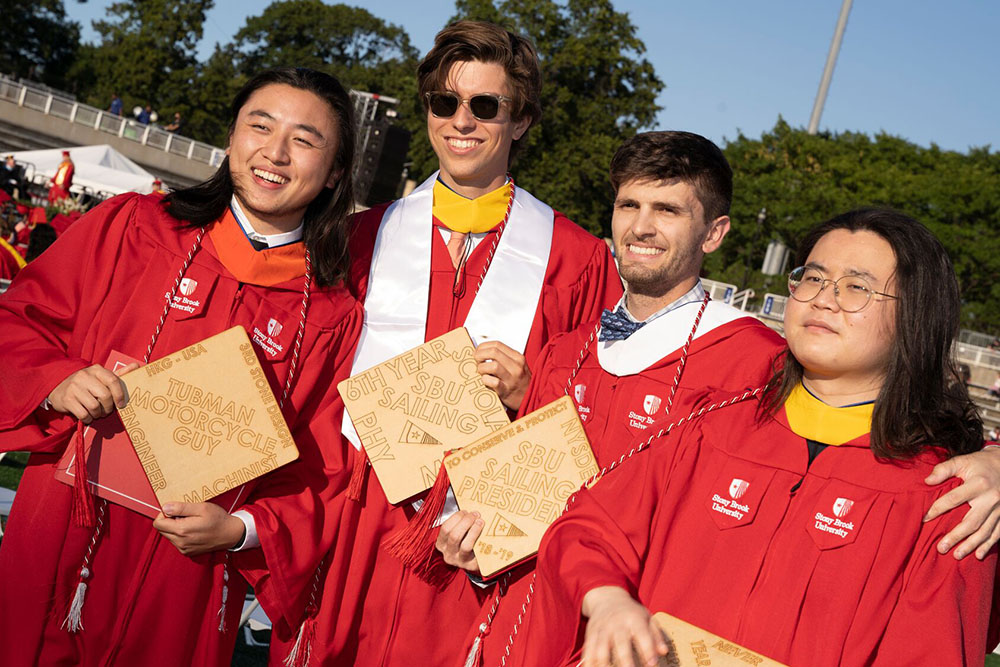 It was worth the wait.

Members of the Stony Brook University Class of 2020, whose commencement ceremonies were virtual because of the COVID-19 pandemic, got a chance to celebrate in person on Friday, Sept. 10, with a special event at Kenneth P. LaValle Stadium.

More than 1,300 graduates took part in the celebration, with family and friends in attendance. Participants included graduates who received their degrees in December 2019, May 2020 and December 2020.

President Maurie McInnis, who began her tenure in July 2020, said the graduates were finally getting the ceremony they deserve, able to share the moment with everyone who supported them throughout their journey.

“It may seem a bit surreal to be back on campus, after one of the strangest and most challenging years in recent history, celebrating your graduation,” McInnis said. “But it is also a surreal pleasure for me; I’ve been given the opportunity to speak directly to a group of students that inspired me while our school, our country and our world navigated this new era.”

McInnis noted that the graduates — who are now alumni — went on to get jobs, take on new challenges and serve their communities since receiving their degrees. “Indeed, you have been through more, done more and accomplished more in the year after your graduation than many could dream for in an entire decade,” McInnis said. “History demanded that of you, Seawolves, and you rose to the occasion.”

Robert deBrauwere ’87, president of the Stony Brook Alumni Association in 2020, addressed the graduates and welcomed them to the Alumni Association, presenting a commemorative brick on Legacy Way in their honor.

Recalling the challenges he has faced in his own life, deBrauwere said his Stony Brook experience was transformative. “My dearest friends for the past almost 40 years are my dorm-mates from Kelly A,” he said. “We helped to keep each other sane on Zoom calls during quarantine. Some of the greatest relationships I’ve made as an adult are borne out of Stony Brook connections I made after graduating, and from being involved and giving back. And most important, I met my wife of 33 years in the Kelly Quad parking lot.”

Goldbart presented the undergraduate honors candidates who graduated with distinction, and then all of the graduates were called to the stage to finally walk and receive their diplomas, in person. Following tradition, the graduates all turned their tassels from right to left and tossed their caps.

A reception followed at the Stony Brook Union, hosted by the Alumni Association and attended by graduates, families and friends. It included a photo booth, senior portraits and services offered through the Career Center.