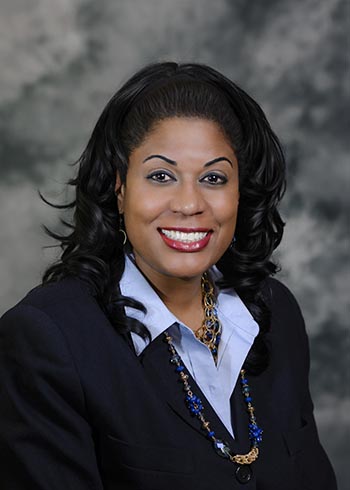 Clarke, Ph.D., is currently Diversity Director of Bio-Computational Evolution in Action Consortium (BEACON) Science and Technology Center at Michigan State University. At Stony Brook, she will serve on the University Council and report to Chief Deputy to the President Judith B. Greiman. She will work in collaboration with campus partners to promote a culture at Stony Brook that values diversity and embraces equity and inclusion as essential to fulfilling the University’s educational and public service mission.

“With more than 16 years guiding senior management teams and diversity initiatives, and most recently leading the BEACON consortium of five highly complex institutions, we are confident that Judi Brown Clarke has the experience, skill set and creativity needed to astutely guide the implementation of Stony Brook University’s Plan for Equity, Inclusion & Diversity and advance the overarching goal of building an inclusive Stony Brook community,” Interim President Bernstein said.

In her role as Diversity Director for BEACON Science and Technology Center, a National Science Foundation-funded research consortium of five institutions — University of Idaho, Michigan State University, North Carolina A&T State University, University of Texas-Austin and University of Washington — Clarke was responsible for the development, management and implementation of the seamless integration of diversity and inclusion strategies.

She designed and delivered cross-cultural, diversity and inclusion presentations, workshops, and learning modules; provided assistance, advice, coaching, and consultation to individuals and groups regarding cross-cultural conflicts and disputes as well as policies and practices; and designed a comprehensive reporting system to effectively monitor, analyze, and benchmark institutional/consortium progress in diversity and equity management in accordance with BEACON’s strategic plan and goals. She also managed the year-round and summer undergraduate research programs across the partner schools in an effort to attract, support, and retain underrepresented students to STEM programs; and created a web-based repository for diversity-related data entries for the consortium reporting to align with BEACON’s comprehensive strategic diversity plan.

Prior to her appointment with BEACON, Clarke served as the Director for the Office of Multicultural Affairs and Inclusion for the College of Communication Arts and Sciences at MSU, where she worked on the Dean’s executive management team as a champion to establish a well-designed college branding of diversity and inclusion through the development of a vision statement and charter of commitment. For more than ten years prior, she worked in the Department of Health and Human Services as a Program, Policy and Contract Administrator and as a Children’s Protective Services Investigator.

While at MSU, Clarke ran for and was elected as an at-large member of the Lansing City Council, and served in a leadership capacity as vice-president for two consecutive years (2104-15), and as president for one year (2016).

“Dr. Clarke brings a wealth of academic and senior management experience coupled with a deep personal connection and commitment to building inclusive communities,” Judith Greiman said. “She is passionate about integrating diversity into workplace practices and universities, with significant experience reaching out to students, faculty, staff, and the community through successful workshops and learning modules.”

Clarke received her B.S. in Audiology & Speech Science and an M.S. in Educational Administration from Michigan State University and she her Ph.D. in Public Policy and Administration from Western Michigan University. She is a member of many respected societies, including the Scientific Research Honor Society, American Indian Science & Engineering Society, and the International Women’s Forum. She has received recognition from numerous organizations for academic, athletic and diversity achievement. 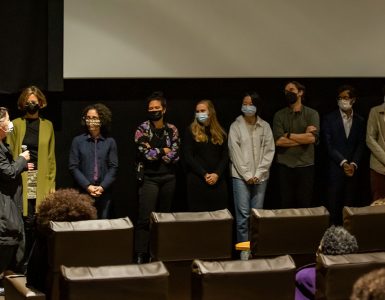 On Saturday, October 23, 2021, for the first time since the pandemic lockdown, the Stony Brook MFA in Film hosted its annual end-of-year Production I and Production II screenings at the Cinepolis movie theatre in...