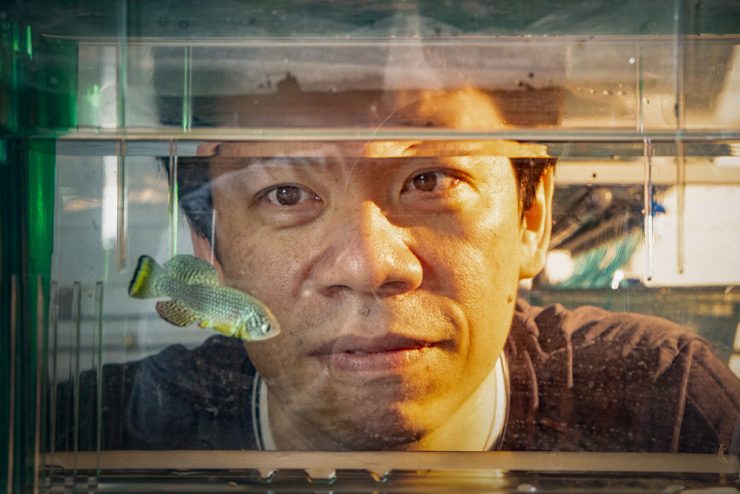 Chi-Kuo Hu, assistant professor in the Department of Biochemistry and Cell Biology in the College of Arts and Sciences, is a recipient of a 2021 New Innovator Award from the National Institutes of Health (NIH) for a project that studies how organisms live in dormancy and its effect on quality of life. The award includes a five-year, $1.5 million grant.

Dr. Hu’s research study, “Understanding diapause and its ability to suspend and preserve life” aims to accelerate understanding of dormancy and its functional implication by studying the dormant state of diapause with a newly established research organism — the naturally short-lived African killifish.

“There are two interesting components of my research,” Dr. Hu said. “One is a very unique dormant state called diapause, which is believed to be a rare ‘non-aging’ state. The other is using killifish from Zimbabwe and Mozambique; they live in transient ponds where water is only present for a few months, so the embryos will enter diapause, put the embryonic development on hold throughout the whole drought, and resume their life again when there is water.” 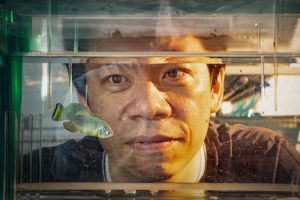 According to Dr. Hu, diapause has been broadly observed but understudied in vertebrates due to numerous technical limitations such as the difficulties of accessing mammalian embryos. His innovative project using the African killifish as a research system to study diapause overcomes these obstacles and enables studying diapause at the tissue and organismal levels that supersedes existing vertebrate systems.

“Many organisms have evolved unique states of dormancy to survive unfavorable conditions,” Dr. Hu said. “Frequently, these dormant states demonstrate extraordinary abilities for physiological features not seen during the active states of life, yet our knowledge of how organisms live in dormancy remains limited. Studying dormancy is therefore crucial not only for filling in the gap in knowledge to complete our understanding of life, but also for exploring how to best leverage this knowledge to improve the quality of life during our active states.”

“My sincere congratulations to Dr. Hu on this prestigious award, recognizing his innovative research system employing the African killifish to better understand aging,” said Nicole S. Sampson, dean of the College of Arts and Sciences and distinguished professor of chemistry. “This comes on the heels of additional awards he has received for his study of dormancy as it relates to aging, and I look forward to seeing the results of his efforts in years to come.”

“The science put forward by this cohort is exceptionally novel and creative and is sure to push at the  boundaries of what is known,” said NIH Director Francis S. Collins. “These visionary  investigators come from a wide breadth of career stages and show that groundbreaking science can  happen at any career level given the right opportunity.”

The NIH Director’s New Innovator Award, established in 2007, supports unusually innovative  research from early career investigators who are within 10 years of their final degree or clinical  residency and have not yet received a research project grant or equivalent NIH grant.

The High-Risk, High-Reward Research program catalyzes scientific discovery by supporting highly innovative research proposals that, due to their inherent risk, may struggle in the traditional peer review process despite their transformative potential. Program applicants are encouraged to think  “outside the box” and pursue trailblazing ideas in any area of research relevant to the NIH’s mission to  advance knowledge and enhance health.

Cassandra (Casey) Yap ’21 was well acquainted with the medical profession at a very young age. She decided to follow in the footsteps of her internist father, Dr. Wilson Yap, after growing up going to his clinic — which... 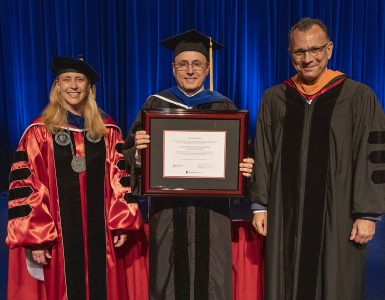