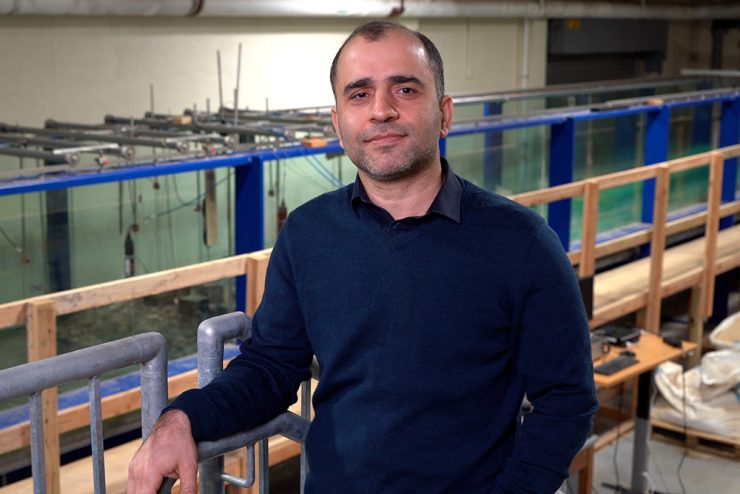 Sea level rise and land subsidence have made coastal areas around the world more and more vulnerable to flooding, with an increasing frequency and intensity of storms that has been well-documented.

Globally, approximately three billion people — almost half of earth’s population — live within 200 kilometers of a coastline, and 20 percent of them reside in areas less than 10 meters above sea level. In the United States, more than half of the population lives in coastal counties.

Locally, the devastation caused by Superstorm Sandy in 2012 brought the climate crisis literally to the front doorstep of many Long Islanders.

But in the basement of Stony Brook University’s Heavy Engineering building, Ali Farhadzadeh, assistant professor in the Department of Civil Engineering in the College of Engineering and Applied Sciences, is conducting research in the innovative Coastal and Hydraulic Engineering Research Laboratory (CHERL) designed to explore these issues and investigate possible solutions.

“In this lab we study a variety of research topics at the interface of ocean and land that has to do with the wave and storm surge interactions with built or natural environments around communities,” said Farhadzadeh.

The lab examines erosion and scours around beaches and buildings. One example would be bluff erosion, which Farhadzadeh notes is one of the problems Long Island has on both the north and south shores. “We also explore the possibility of nature-based or more environmentally friendly solutions for coastal mitigation.”

The facility was commissioned in the spring of 2017 and has been operating ever since, conducting a variety of coastal research on the interaction of waves with the coastlines, and particularly with structures under extreme storm weather conditions.

“We need to project both the direct and indirect physical effects of future sea level changes and intensified storms when considering the engineering and design of coastal projects,” said Farhadzadeh. “Better preparedness against future extreme flooding requires a deeper understanding of coastal phenomena, which leads to novel design procedures and construction of coastal infrastructures.”

The lab features state-of-the-art equipment, highlighted by an 85-foot combined wave and bi-directional current flume. The massive tank is capable of generating combined random waves and reversible currents to simulate a variety of real-world phenomena, including those involving sediment transports. The flume can also be used for marine renewable energy projects, as well as testing and calibrating energy harvesting devices. There is also an instructional, smaller scale flume that shows the processes of sediment erosion and movement.

The wavemaker and pump can be controlled from a computer in the laboratory equipped with software that can produce sine waves and multi-spectral seas, as well as bi-directional currents.

The end result is a lab experience that enables students to witness first-hand the science underlying a critical environmental challenge.

“I was always interested in physics and the environment, and I thought coastal engineering was a great blend of the two,” said senior civil engineering major Ephraim Bryski ’22, who joined CHERL in his freshman year. “Once I started performing tests, it was really neat to be able to recreate what I see at the shore in a controlled setting. Since it’s a small lab, I can work closely with the professor and grad students, and get to see all the parts of the experiments come together, from the initial idea to writing a report on the analysis of our results.”

Farhadzadeh’s current research explores the impact of oyster reefs on the reduction of wave energy and shore mitigation, and erosion reduction or management. He said that there is increased interest in using more environmentally friendly solutions for coastal protection, as opposed to a more conventional approach which requires the use of hard engineering solutions for shore protection.

This particular project is attempting to optimize engineered oyster reefs to dissipate and reduce more energy as a wave passes the reef. As a result, there will be less erosion if it’s a building, and less force on the building behind it.

“If we can achieve that, oyster reefs can be designed for more energetic wave environment,” said Farhadzadeh. “And that can make these types of shore protections work for many coastal areas in the nation that suffer from erosion and flooding problems.”

One of the driving forces behind the creation of the lab was the consequence and aftermath of Superstorm Sandy and similar weather events that have left a devastating impact across the country, and have facilitated a sense of urgency regarding coastal engineering research.

“The fact that more than 50 percent of the U.S. population lives within the proximity of the shoreline means that there is a great need for research and investment in the field of coastal engineering,” said Farhadzadeh. “We need to be better prepared for the future, and we expect more intensive storms and climate-related anomalies. That’s why we are investing a lot of time and effort in this. It’s critical that we develop the next generation of coastal engineers, and we’re doing everything we can to do that.”

Coming Back Safe and StrongCOVID-19Faculty/StaffWellness

Special Coming Back Safe and Strong Update for Faculty and Staff 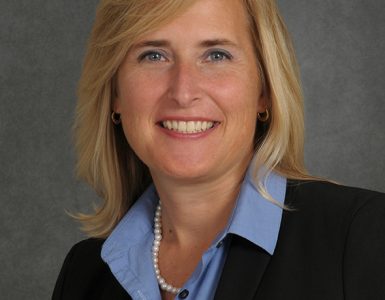