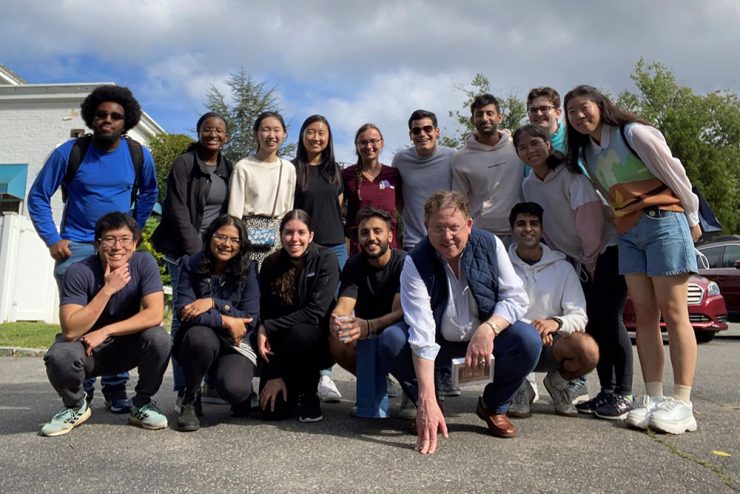 For all the information hidden in the mountains of data compiled by the computers of the Information Age, we sometimes forget that the answer can be found with a simple observation. It’s a philosophy that Stephen Post, director of the Center for Medical Humanities, Compassionate Care and Bioethics, finds both fascinating and empowering.

In his 13 years at Stony Brook, Post has melded his desire to help others with an obsession with the intersection of the humanities, arts and medicine to craft the Center’s unique program — one designed to bring out the best in both the analytical and the creative mind.

“The finest residencies want people who have a humanistic maturity and background because they know how important it is,” said Post, noting 15 medical students graduated with concentrations in humanities this past May. He pointed to a robust MA program in Medical Humanities, Compassionate Care and Bioethics that is open to anyone; undergrads can pursue an MA during gap years and then go on to medical schools, law schools and PhD programs in the humanities and social sciences.

“We ask these students to pay particular attention to what they observe,” said Post, adding that one of the program’s goals is to teach students to do more with informed consent than simply have patients check a box. “We want doctors to express an interest in the human being before you, who’s not simply a statistic or a printout,” he said. “Patients and families need to be allowed to express emotion to doctors, and that emotion needs to be met with compassion.”

“I’ve had the opportunity to take classes that cover a wide variety of perspectives on the medical humanities through film, care ethics, altruism, the law and positive psychology,” said Liam Butchart, a fourth-year student in the MD/MA program at the Renaissance School of Medicine. This approach forced me to address differing perspectives authentically and appreciatively, giving me skill in being compassionate towards even those I strongly disagree with.”

Butchart said the program’s emphasis on academic and active caring will help him be attentive to the psychosocial needs of patients, and better able to listen to their concerns. “Utilizing different lenses for integrating medicine, medical practice, science and the humanities has forced me to reevaluate my own perspectives and develop into a more well-rounded, patient-centered physician,” he said.

Sarah Grosser ’23, an MD/MA candidate, learned about patient care as an extension of empathic communication and compassionate actions. “The program has allowed me to practice my natural tendencies toward kindness in a manner that centers a patient’s needs and helps them to be understood,” she said.

Grosser, who is in her third year of medical school, is considering pursuing a career in adult neurology, a field she feels is particularly enhanced by the ability of the provider to openly and earnestly engage with their patients.

Patients and families need to be allowed to express emotion to doctors, and that emotion needs to be met with compassion.

Edmund Pellegrino, founding dean of the Stony Brook University School of Medicine, was an innovator in medical and interdisciplinary health science education, integrating elements of the humanities into medical education and practice and proposing a new paradigm for medical education. Leveraging Pellegrino’s humanistic philosophy, Post crafted an eclectic program that brings together science, the arts and the humanities.

Post said that while students come into medical school full of empathy and compassion, during the clerkship year there is a measurable decline in medical student empathy, which is exhibited across the country. Stony Brook has addressed this decline through a program in professional identity formation that allows students in their clerkship year time to reflect on the human side of their clinical experience, offering ways in which they can maintain empathy despite an uneven and time-pressured environment.

As Pellegrino wrote in a letter to Stony Brook in July of 2008 regarding compassionate care, “this is a dimension of the medical humanities which Post has literally created by his teaching and scholarship and would move the medical school along the trajectory I hoped for when I set out the plan for Stony Brook in the late sixties.”

“They experience the reality of everyday pressures and they’re seeing the imperfections of the clinical world close-up,” said Post. “They’re working to maintain their integrity, create an identity and image of what it is to be a good doctor, and unfortunately, empathy can suffer a little bit. But this can be overcome through reflection and role modeling.”

After attending Reed College in Portland, Oregon, Post took a job as a technician in a New York City dialysis center, where he learned to bring a “gentle curiosity” to patients that seemed to keep some of them from quitting the difficult dialysis treatments, demonstrating the practical importance of empathy.

He worked for a year doing research in pediatric endocrinology before moving to the University of Pennsylvania on a National Institutes of Health doctoral fellowship to work in immunology. After getting his PhD at the University of Chicago, he began his teaching career at the university’s Pritzker School of Medicine, focusing on social issues in medicine and core undergrad humanities courses. He moved on to Case Western Reserve University School of Medicine in Cleveland, where he founded the country’s first bioethics program in 1993. Twenty-eight years later, there are 87 master’s programs in bioethics offered in universities around the world.

“The program at Case was very successful, and I did a lot of rewarding work on genetic susceptibility testing and Alzheimer’s there,” he said. “But in the end, I felt it was the medical humanities that was even more important than bioethics.”

In 2008, after almost 20 years at Case Western, SBU President Shirley Strum Kenny recruited him to start a medical humanities program with an emphasis on compassionate care.

“She had just gone through a deeply personal family experience and realized how incredibly important communication and compassionate care are to the broad sense of healing,” said Post. “When I came here, I tried to advance the compassionate care piece of it. Of course, that’s been a part of the medical program since Edmund Pellegrino was here.”

This culture of mutual compassion was recognized by the Professionalism Award the Alpha Omega Alpha Honor Medical Society bestowed on the Renaissance School of Medicine in 2019. The award highlights best practices in medical professionalism education and recognized the school for its Professional Identity Formation curriculum, which is part of medical school training from the initial white coat ceremony to graduation.

In the end, Post said Stony Brook is not just graduating physician-scientists, but also great physician-humanists who are able to thrive as true healers. “Other universities put the humanities and bioethics in different silos and programs, but here at Stony Brook we see them as profoundly linked.” 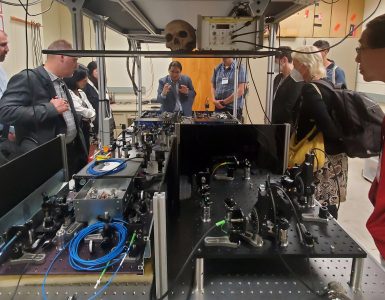 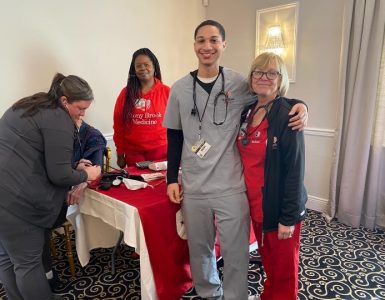 The event offered attendees a chance to engage with health and wellness professionals, learn about valuable resources and obtain free health screenings.