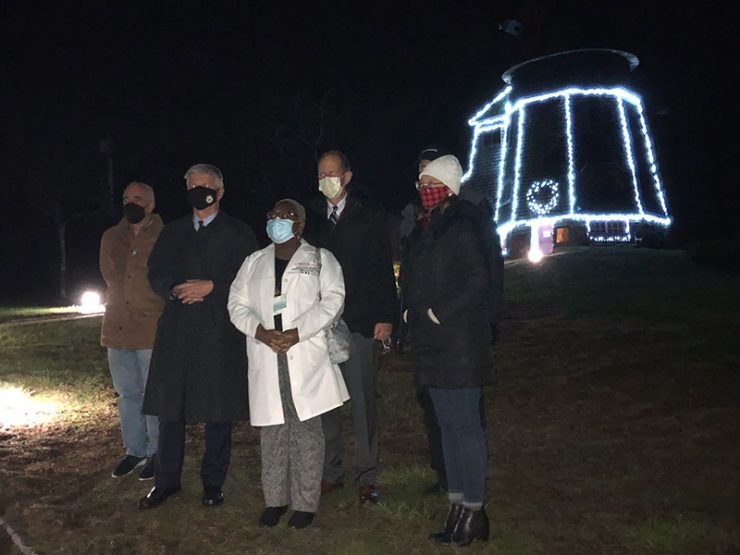 The ceremony, a campus tradition, was dedicated to local healthcare providers in recognition of their tireless and continuing efforts to care for the community during the COVID-19 pandemic. The number of participants was limited this year, following health guidelines, and those who attended wore masks and maintained social distancing.

The Windmill is an iconic landmark that has been located on the Shinnecock Hills campus since 1888, and was designated a Literary Landmark in 2013. It hosts many different events, including readings, receptions, orientations, celebrations, workshops and fundraising dinners.

The lighting ceremony, initiated by former Southampton College provost and later United States Congressman Tim Bishop, was re-invigorated in 2010 by then-Stony Brook University president Shirley Strum Kenny and has continued ever since.