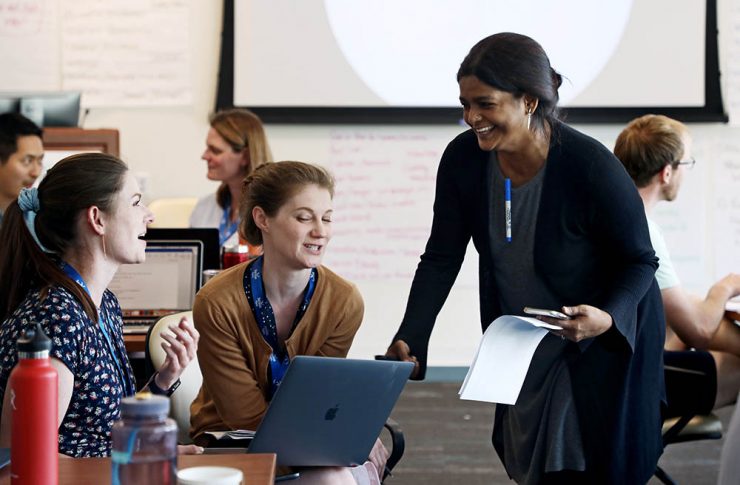 In the past decade, 15,000 scientists, medical professionals, and other researchers have learned to share their work more effectively through workshops with the Alan Alda Center for Communicating Science. Thousands more have been introduced to the Center’s work through keynote addresses and introductory sessions.

Housed at Stony Brook University, the Center will mark its 10th anniversary by sharing some of its stories and achievements, and those of its alumni, under the banner “10 Years of Science Communication – Empowering Voices in STEM and Medicine.”

“Science is so important and so beautiful, and we all benefit when we can understand the theories and discoveries a little bit better,” said Alan Alda, the acclaimed actor, activist, author, and the Center’s founder. “The work we do at the Alda Center focuses on helping those scientists and medical professionals understand where their audiences are coming from, and learning to adapt a presentation or a talk so that group or that person can follow along. The most important thing in any conversation, in any communication, is being willing to truly relate to the other person.”

Almost all of the Alda Center’s alumni have found they are more able to share their work and its significance with all audiences, ranging from policymakers and other scientist colleagues to next-door neighbors and children.

“I learned that you can still be true to your science and true to the guidelines of your organization and not bore your audience. You can do all that and still be engaging,” said Temeika Fairley, a senior health scientist at the Centers for Disease Control and Prevention, and an Alda Center alumna. “The Alda training helped me connect to my love of storytelling. I remember making that connection and the stars aligned – this is what I’ve been trying to do my whole life.”

When the Alda Center began, its workshops focused on helping scientists communicate their work clearly and vividly. In the ten years since, the Center’s offerings have expanded to include workshops designed to help medical and healthcare professionals communicate across interdisciplinary teams, and to empower female scientists to work and thrive in environments traditionally dominated by men. The Center also offers short, interactive presentations to introduce large groups to the Alda Center’s work and methods.

Through the Alda-Kavli Learning Center, the Alda Center provides online courses and a forum for science communication experts to share their work. The online forum offers multiple workshops each month, and constantly designs new content to help prepare scientists to communicate more effectively. Since the Center launched its new workshop series less than a year ago, more than 700 people have applied to participate. More than 600 scientists, researchers, and science communicators have logged in to watch the Alda-Kavli Learning Center’s webinar series.

“In terms of my teaching, the Alda workshop helped me to slow down, focus on key messages, and truly care for my students,” said Gail Langellotto, a professor at Oregon State University and a workshop alumna. “When I said goodbye to my students, I heard applause. It honestly makes me tear up to think that (they might have applauded) because they loved the learning environment that we built, together.”

The Center was formally established in 2009 with support from SBU, the SBU School of Journalism, Brookhaven National Laboratory, and Cold Spring Harbor Laboratory. Since its founding, the Alda Center has received significant support from the American Association for the Advancement of Science, American Chemical Society, Bloomberg Philanthropies, Brinson Foundation, Burroughs Wellcome Fund, The Kavli Foundation, the David & Lucile Packard Foundation, and Simons Foundation, among many others.

“As one of the leading research universities in the SUNY system, Stony Brook is the natural home for the Alda Center for Communicating Science,” said Dr. Michael Bernstein, Interim University President. “Promoting understanding among policymakers, members of the media, other scientists, and the public has become increasingly important in a society impacted daily by science and innovation.” 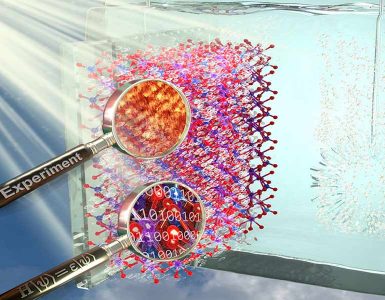 Chenyu Zhou, a graduate student in materials science and chemical engineering in the College of Engineering and Applied Sciences, has co-authored a paper published in Nature Energy on how tuning electrode surfaces can... 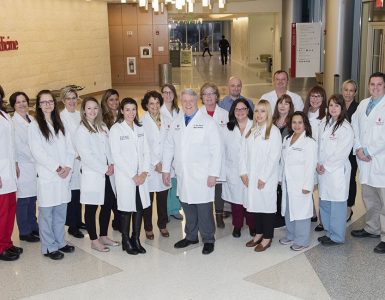