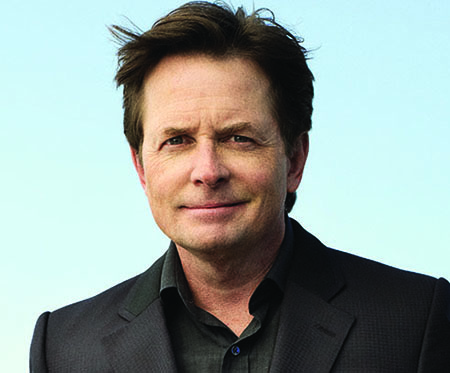 *Update: Unfortunately Prince Emmanuel de Merode is unable to join us at Commencement and is planning to accept his honorary degree at a future ceremony.

Stony Brook University will launch 6,991 students into a future far beyond the ordinary as the University’s 57th annual commencement ceremony takes place Friday, May 19, beginning at 11:00 am in Kenneth P. LaValle Stadium.

Actor and philanthropist Michael J. Fox will be among the luminaries receiving honorary degrees at Stony Brook University’s 2017 Commencement.  Fox will receive the honorary degree of Doctor of Fine Arts, recognizing a career that has brought international acclaim with many honors and awards, as well as a dedication to charitable endeavor best exemplified by the founding and stewardship of the Michael J. Fox Foundation for Parkinson’s Research.

In addition to Fox, Stony Brook University’s 2017 honorary degree recipients include, at the main commencement ceremony on Friday, May 19:

Conservationist and anthropologist Prince Emmanuel de Merode*, who will receive a Doctor of Humane Letters for his service as director and chief warden of Virunga National Park where he has worked on the frontlines of conservation during periods of conflict as well as bringing in significant funding, local enterprise and tourism development. “Prince Emmanuel de Merode’s service as Director and Chief Warden of Virunga National Park is at once driven and courageous,” said President Stanley. “His fundraising efforts to sustain and improve the parks and its ranger force during the Congo’s recurrent civil war, his work in tourism development, and his bold commitment to conservation has had an enormous impact on our world and he is incredibly deserving of the honorary degree of Doctor of Humane Letters.”

Programmer, photographer, serial entrepreneur, Stony Brook University alumnus, and founder and CEO of Shutterstock, Jonathan Oringer (‘96), who will receive a Doctor of Science for his contribution to the tech industry. His contributions include the invention of one of the web’s first pop-up blockers and the creation of Shutterstock, the global technology company that disrupted the image licensing industry. Shutterstock went public on the New York Stock Exchange in 2012, nine years after its inception, and Jon remains the largest shareholder. “Jon Oringer personifies inspiration; he exemplifies how Stony Brook alumni are empowered to make a difference,” said President Stanley. “He started his career right here at Stony Brook University while a student in the 1990’s which led to his success with Shutterstock and an inspired career. Jonathan embodies the pursuit of big ideas, curiosity and passion we see in so many of our students.”

At the Doctoral Hooding Ceremony on Thursday, May 18, two distinguished scholars will receive Doctor of Science degrees:

“To be joined in their celebration by such highly accomplished individuals is a remarkable distinction for the class of 2017,” President Stanley continued. “It demonstrates to our newest alumni how much can be achieved with vision, dedication and the relentless pursuit of big ideas that Stony Brook embraces.”