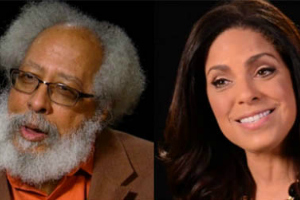 John H. Bracey, Jr. is department chair of the W.E.B. Du Bois Department of Afro-American Studies at the University of Massachusetts at Amherst. He is also co-director of the department’s graduate certificate in African Diaspora Studies. His major academic interests are in African American social history, radical ideologies and movements, and the history of African American Women, and the interactions between Native Americans and African Americans, and Afro-Latinos in the United States. During the 1960s, he was active in the Civil Rights, Black Liberation and other radical movements in Chicago. His publications include Black Nationalism in America; the prize-winning African American Women and the Vote: 1837-1965; Strangers and Neighbors: Relations between Blacks and Jews in the United States (with Maurianne Adams); and African American Mosaic: A Documentary History from the Slave Trade to the Twenty-First Century (with Manisha Sinha).

James E. Smethurst is Professor of Afro-American Studies at the University of Massachusetts Amherst. He is the author of The African American Roots of Modernism: Reconstruction to the Harlem Renaissance; The Black Arts Movement: Literary Nationalism in the 1960s and 1970s; and  The New Red Negro: The Literary Left and African American Poetry, 1930-1946. He is co-editor (with Sonia Sanchez and John H. Bracey Jr.) of SOS – Calling All Black People: A Black Arts Movement Reader, a history of the Black Arts Movement of the 1960s and 1970s. The book depicts the works of the politically motivated Black poets, artists, dramatists, musicians, and writers who emerged in the wake of the Black Power Movement. His scholarly interests include African American literature, culture, and intellectual history from the late 19th to the late 20th centuries, with particular emphasis on Black cultural and political radicalism, 20th-century poetry in English, and gender studies.

The 5 Questions series also includes interviews with other prominent figures whose careers reflect aspects of Black History Month. These include: 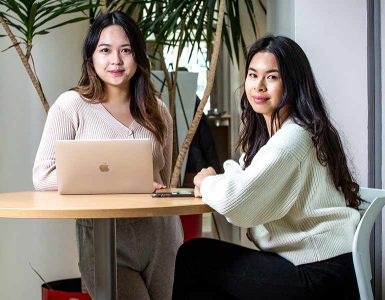 Stony Brook University faculty members Michael Nugent and Danielle McHeffey are sending a message loud and clear to students: risk management and insurance is a field with unlimited promise and wide appeal. As baby...

A variety of items helped provide comfort to the SUNY students that were placed in a 14-day precautionary quarantine.

Going it alone has never been a problem for Laura Kuramoto ’22. The veteran and single mother from San Jose, California, is currently a health science major at Stony Brook University aspiring to become a radiologic...