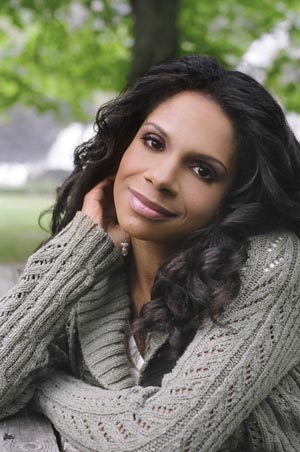 Ranging from stand-up comedy with Jay Leno to jazz with The Hot Sardines and Big Sam’s Funky Nation, as well as unique theatrical extravaganzas including the Martial Artists and Acrobats of Tianjin, China and Fela! The Concert, the upcoming 2017-18 performance season at Staller Center for the Arts offers a varied and vibrant menu.

“With the season in place, we are reaching out to loyal patrons and adding programs to entice first time visitors. It’s always great to hear newcomers remark ‘I’m so glad I finally came to Staller Center’” said Alan Inkles, director of the Staller Center.

“This season we have rising stars—the county singer Stephanie Quayle and the pop/rock musical ensemble Sons of Serendip, winners on ‘America’s Got Talent.’ Our audience will see we are bringing back many exceptional artists in proven genres, but they will also see fresh talent with the new acts we’re bringing in.”

Following the opening concert by the award-winning Emerson String Quartet (October 11) with two more programmed during the season (December 7, March 20), writer and satirist David Sedaris returns to Staller Center following a sold out show in 2013. He’ll introduce his new book, Theft by Finding.

Colin Carr will perform Bach’s Six Suites for Unaccompanied Cello (October 21) with refreshments provided during intermissions for this unique three-hour concert experience. One of Argentina’s great cultural exports, Tango Buenos Aires (October 28) sets the stage for romance with its stylized choreography. Starry Nights concerts in the fall and spring (November 21, March 7) bring the world-class musicians of Stony Brook together to showcase both classical and new music.

A Main Stage holiday show (December 2) features guitarist and vocalist John Pizzarelli and Jessica Molaskey, the jazz singer and Broadway veteran along with the Swing 7 Band, entertaining with seasonal and jazz favorites.

Staller Center also hosts the acclaimed Stony Brook Symphony Orchestra, the full line-up of Live from the Metropolitan Opera in HD, and over 200 year-round professional University programs spanning all of the arts and humanities.

Art exhibitions in the Paul W. Zuccaire Gallery are ongoing, with work by professional artists, faculty and students. Admission is free. Information is available at zuccairegallery.stonybrook.edu.

For movie lovers, a special selection of films screen during the school year, from award-winning foreign films to popular movies that have had theatrical releases. Film passes are $30 for 10 films, single tickets are also available.

Coming this summer is the Stony Brook Film Festival presented by Island Federal Credit Union at Staller Center for the Arts, July 20-29. The Stony Brook Film Festival selects the best in new independent features, documentaries and shorts. Filmmakers attend the festival, participate in Q&As and mingle with the audience. The full schedule of films will be announced June 6th. For more information, go to stonybrookfilmfestival.com.