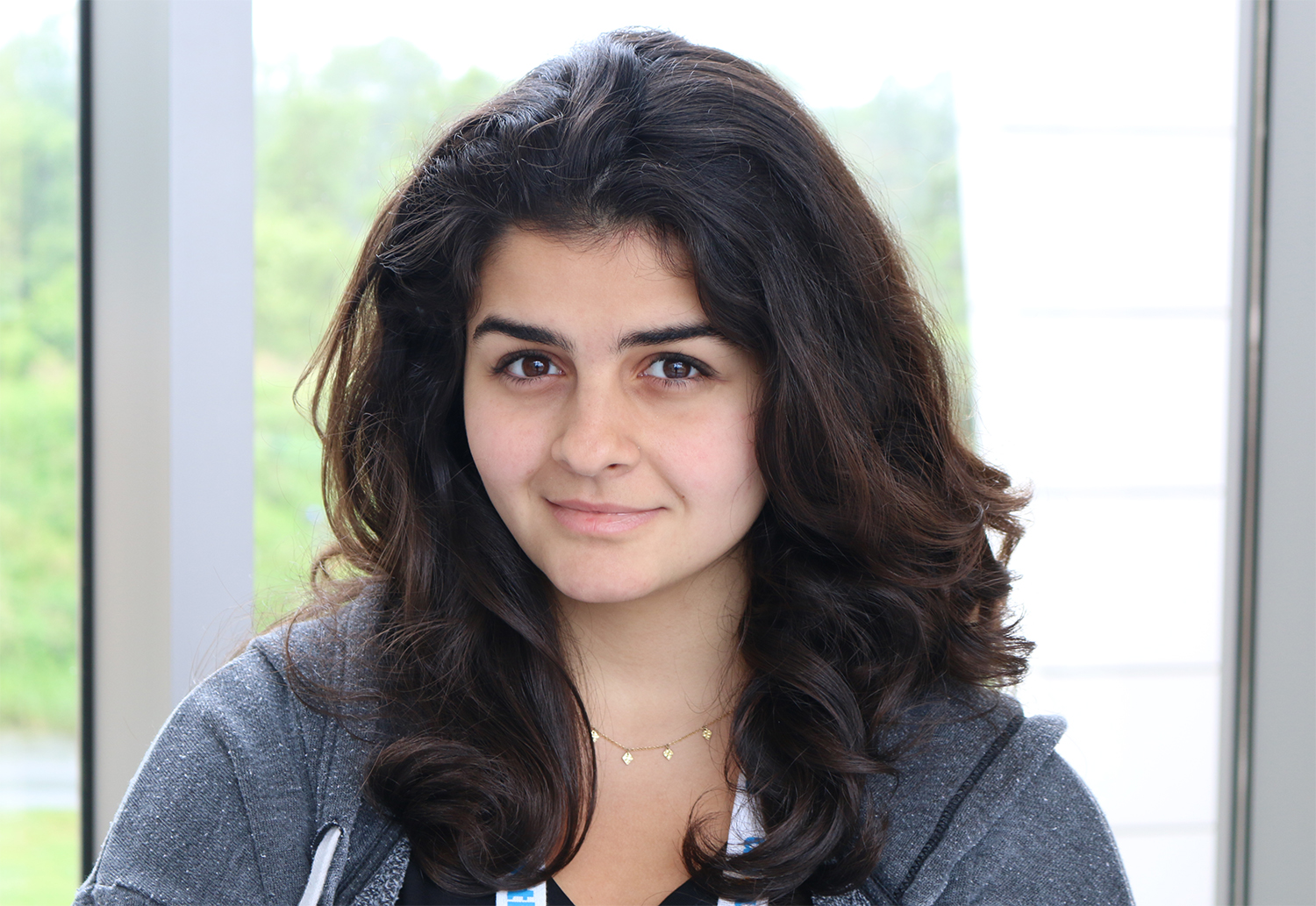 Alexa Rockwell wanted to learn how to code in high school, but her district didn’t offer any computer science courses. She wanted to compete in the Long Island High School Robotics competition, but her school didn’t have a robotics team. So, by the time she was a senior in high school, she successfully petitioned her school district to add coding classes to the curriculum and founded New Rochelle High School’s first Robotics team.

“I just saw it as another opportunity for me to take initiative and get into something,” said Rockwell, now a senior Computer Science major at Stony Brook University.

When Rockwell first came to the College of Engineering and Applied Sciences at Stony Brook, she said there was a noticeable difference between students who had strong computer science programs in high school and those who did not, and she wanted to do something about it. She realized that many students experienced the same dilemma she did in high school, in that they wanted to learn to code but had no resources to do so. She founded a non-profit organization called EDUCodes, where she paired college students with public schools to teach computer science workshops. In its first year, and with the help of 16 Stony Brook students and a grant from Google IgniteCS, the program expanded to impact 300 students across Long Island, and teachers from other states even began reaching out and inquiring about her lesson plans.

“An education in computer science prior to college is generally something only available to affluent families, leaving other kids to believe that this knowledge is out of their reach,” Rockwell explained. “And it was incredible to see that this [workshop] changed their perspective and got these kids excited about technology.”

Rockwell has gone far beyond the expected, receiving a Forbes Under 30 Scholarship, which granted her free access to the Forbes Under 30 Summit. At the event last October, Rockwell had the opportunity to network with the world’s top investors, entrepreneurs, celebrities, musicians, cultural icons, educators, political leaders, and business leaders.

Back at Stony Brook, Rockwell was elected president of the Stony Brook Computing Society (after serving as vice president), where she says the mission of the club is to bridge university with industry. Under her leadership, the executive board has garnered substantial credibility with students and industry leaders, securing funding from major software development companies like Facebook and Softheon.

“It’s a huge undertaking,” Rockwell said as she explained that membership has risen from 10 students a week to nearly 50 a week. “Rooms fill up for the workshops and we hold two to three events per week.”

She also served as vice president of the Student Leadership Council in the Women in Science and Engineering (WISE) Honors program, which seeks to increase the number of women in science, math and engineering fields through outreach, recruitment and retention. Rockwell says she tries to give back whenever she can, which takes the form of participating as a speaker at leadership panels and mentoring younger students who are struggling with their school work.

As for her future aspirations, Rockwell hopes to continue doing research and development in augmented reality and computer vision. “It’s fascinating to me to think that a computer can look at something and make sense of it.”

She is currently working on an app that gives users an augmented reality dog buddy to keep them company and mitigate loneliness. Once the idea came to her, she says she started coding the app day and night because of the potential it has to solve a real problem in the world.

Of her many accomplishments, Rockwell said, “I’m fortunate to have the resources and opportunities to learn and achieve anything I set my mind to, why not use my skills and knowledge to bring communities together and solve the world’s problems?”