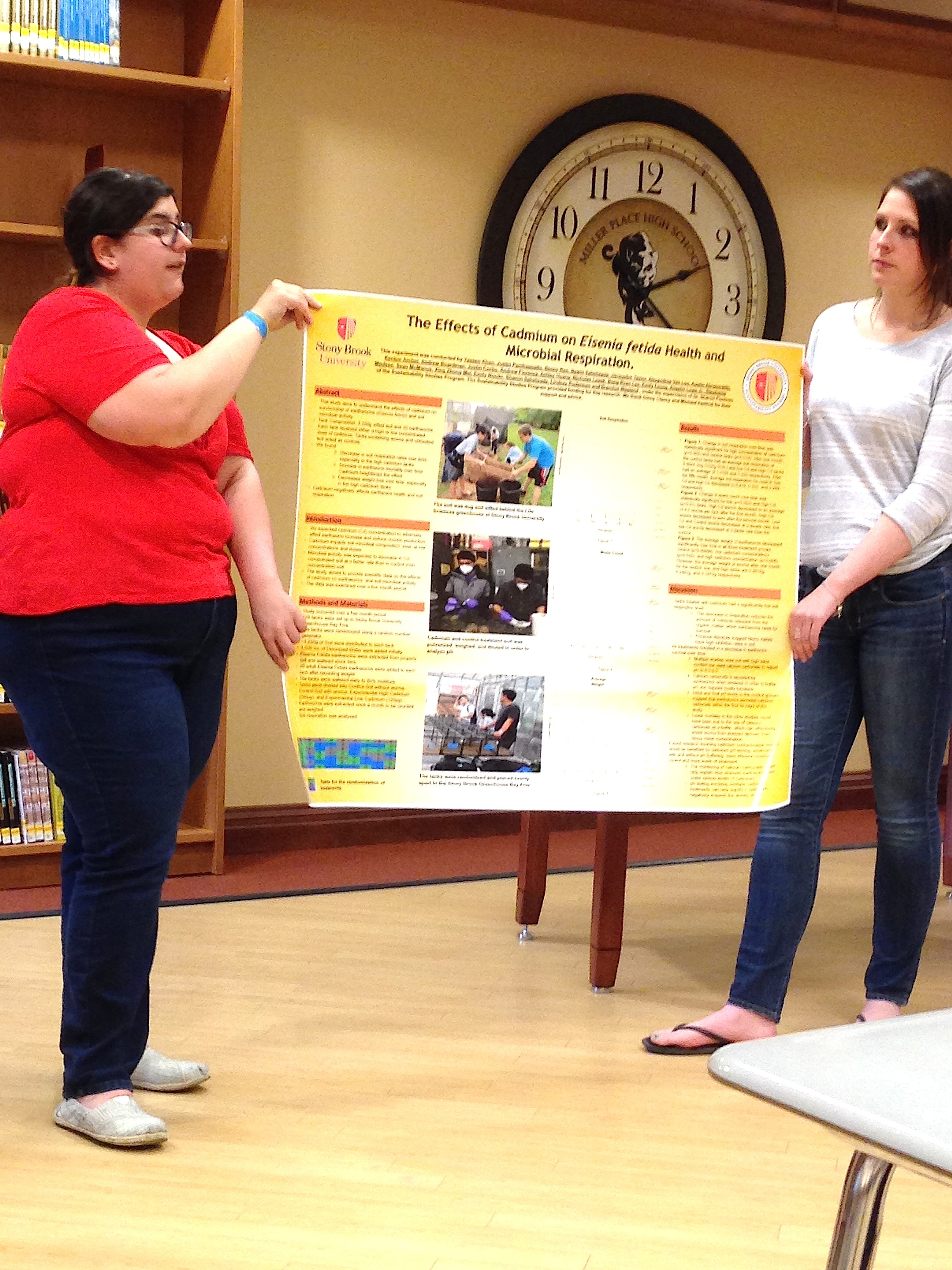 The students spent nearly an hour at Miller Place interacting with the Club, which was initiated by Clara Tucker and Charlie Patterson.

The Miller Place students were most interested to learn the extent to which student researchers take the lead and how much they rely upon their lab professors for guidance. Others wondered about the relative benefits of living on campus versus commuting.