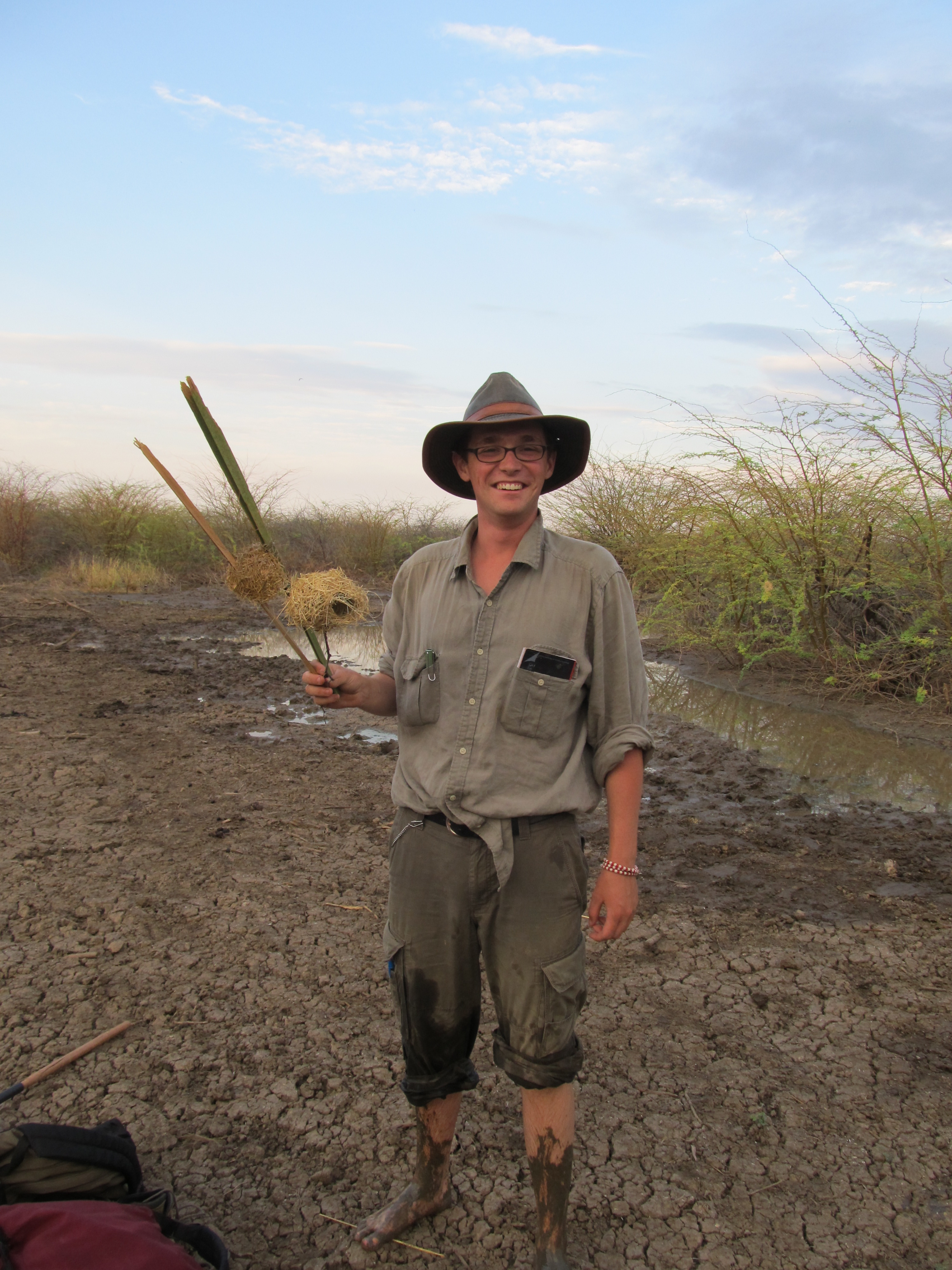 “I know now that I will be trying to get back to this place as much as possible . . . I really am beginning to fall in love with Africa.”

So wrote Stony Brook anthropology student Benjamin Smith about his study abroad program to the Turkana Basin Institute in Kenya, in a spring 2011 blog. At the time he had only been there a little more than a month.

Jennifer Green, Smith’s advisor in the International Academic Program, said, “Ben is pretty impressive because he is a first-year student who has already done some field work and jumped right into this new opportunity. This is the first semester a group of undergraduates has been at the Turkana Basin Institute.”

Smith’s blog continues in poetic fashion: “The sunrises and sunsets here are unlike any other . . . Once the rain started it continued throughout the day, and every living thing gave off the impression of utter dependence upon this process. Every insect, every bird, every plant and every tree was making the most of this brief moment of moisture.”

For Smith, the opportunity to study abroad was one of his reasons for applying to Stony Brook—along with the fact that an aunt and a close family friend had attended the University and participated in study abroad programs in Europe.

Another reason was Stony Brook’s Department of Anthropology. Smith added that the department is filled with some of the best scientists in the world, particularly in the areas of primatology and physical anthropology but also in the archaeological and cultural fields. Not least among these scientists is Richard Leakey, the renowned paleoanthropologist, conservationist, and discoverer of Turkana Boy, the nearly complete Homo erectus skeleton he helped unearth in 1984.

He said he learned the most from the paleontology courses, as the topics discussed had often been discovered or taken place very close to where he and his fellow students were living in Turkana. Smith found that, no matter the course, each instructor’s intimate knowledge of what they were teaching was absolutely crucial. When learning about the earliest stone tools, it helped that their discoverer—Helene Roche, was teaching them. When learning about hominid discoveries, having the ones who have discovered more than any others (the Leakeys) there telling the students about them was an invaluable insight.

In a course on invertebrate paleontology of the Turkana Basin, Smith learned to identify fossils. Teeth, as the most durable part of the body, are invaluable for identifying species and species change over time, he said.

“I recently discovered the buried jaw of a large herbivore,” said Smith. “Unfortunately, we weren’t able to excavate but you could see that it was either a hippo or a pig, that it was a juvenile, with its teeth still deep in the bone, and that it was enormous.”

Smith never lost sight of his good fortune to be able to study abroad in a semi-desert with little visible for miles other than sand, sparse vegetation, and what he labeled the most durable and resourceful people imaginable.

From his research station in Turkana he blogged, “And yet here we sleep in comfortable beds. Here we have no shortage of pure running water. Here we are served three solid meals a day, most of which have been the most delicious and satisfying meals I have ever had the pleasure of eating.”

Those foods included chapatti, which he described as a cross between nann (round, flat wheat bread native to South and Central Asia) and tortilla with a lot more flavor than both; ugali, a corn-based, bread-like dish; and pilau, a rice dish with goat meat and boiled potatoes. His preferred beverages were tamarind juice, Stoney Tangawizi soda (ginger beer), and Tusker beer.

After returning from his semester abroad, Smith said he experienced a bit of culture shock.

“Everything seems, at the least, slightly more than necessary,” he said of his return to the United States. “Television, billboards, concrete sidewalks, buildings, cars . . . I am comforted by the knowledge that I will return to Africa . . . this was an opportunity that I expect will influence me for the rest of my life.”