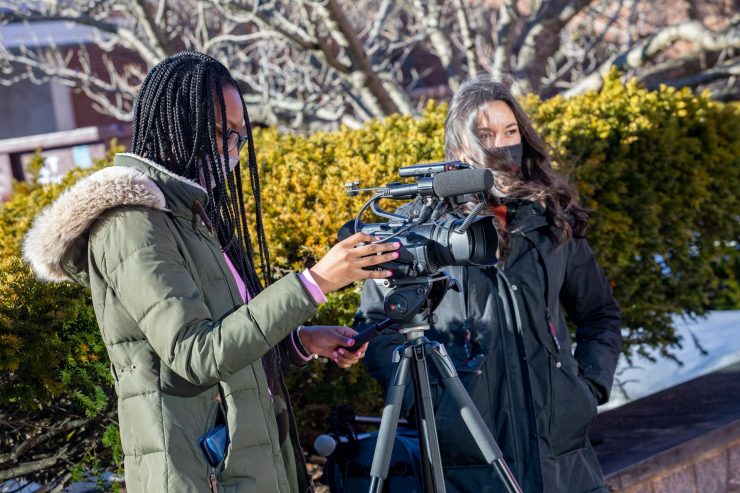 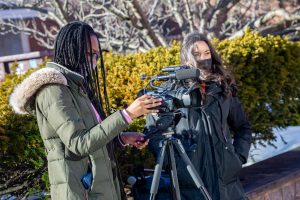 At the end of every year, the Hearst Journalism Award Program recognizes the universities that have won the most awards throughout the year. For the first time this year, Stony Brook was one of them.

Stony Brook placed sixth nationally in the Intercollegiate Multimedia category, behind heavyweight journalism programs at University of North Carolina at Chapel Hill and the University of Missouri, and ahead of Syracuse University and Arizona State University.

“Our journalism students are talented storytellers who are dedicated to telling stories that can make a difference and that often go untold,” said Laura Lindenfeld, dean of the School of Communication and Journalism and executive director of the Alan Alda Center for Communicating Science. “It’s an honor to be recognized for their hard work throughout the year, and one that they truly deserve.”

Often called the Pulitzers of college journalism, the Hearst Program holds year-long competitions in writing, photojournalism, audio, television and multimedia for undergraduates in journalism programs. Awards are given every month, and those wins add up over the course of the year. The universities with the most wins are named intercollegiate winners.

During the 2020-2021 academic year, 17 journalism students received awards for seven in-class reporting projects. The reporting project that examined the legacy of slavery on Long Island received the most awards of any project at Stony Brook, and several other students were recognized for their capstone reporting projects, which are long-form multimedia stories that are the result of a full semester of work.

“I always encourage our students to submit their work for consideration in the Hearst Program, because I’m confident that what they do ranks among the best college journalism out there,” said George Giokas, a journalism instructor who coordinates the Hearst Program for the School of Communication and Journalism and submits the students’ work to Hearst. “This intercollegiate award is one more demonstration of their talent and their hard work.”