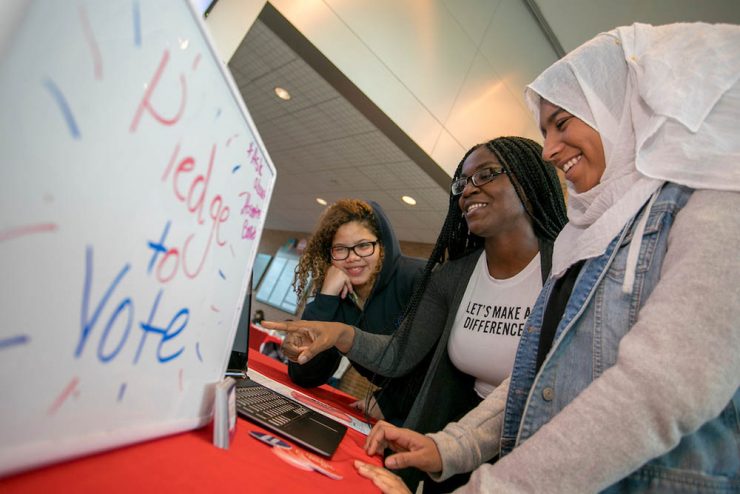 Stony Brook University has again been nationally recognized for its commitment to student voter engagement and was ranked among 139 schools listed by Washington Monthly as top schools for student voting. In 2019, student voter turnout increased by over 600% in local elections.

The Washington Monthly gathers data about the efforts that colleges and universities around the United States make in order to encourage students to vote. Each year, they use the data in their annual college rankings and publish an honor roll listing institutions that achieve high voting rates.

Stony Brook University’s Center for Civic Justice, whose goal is to support active students within the Stony Brook community, is committed  to preparing students to vote. The Center was formally established in August 2019 to ensure the continued success of Stony Brook University’s voter engagement activities. At the Center for Civic Justice, there are currently more than 35 students actively working to develop and implement voter engagement initiatives throughout the campus community.

“Currently, nearly all incoming undergraduate first-year and transfer students are offered an opportunity to register to vote as part of new student orientation. This results in thousands of students successfully registering to vote before their first day of classes, each year,” Steven Adelson, coordinator of the Center for Civic Justice, said.

The Center has worked with several colleges and universities throughout the nation, including Harvard University, to develop and implement similar models to meet the needs of their students.

Student voter turnout increased from 43.2% in 2012 to 53.2% in 2016 for the Presidential election, and from 12.7% in 2014 to 36.8% for the midterm election, and over 600% in local elections. The Center’s action plan aims to increase voter turnout, provide greater access to voter education, and protect the right to vote for Stony Brook students.

The Center for Civic Justice has also been recognized at the national level with a National Association of Student Personnel Administrators (NASPA) award and an invitation to the Harvard Institute of Politics. 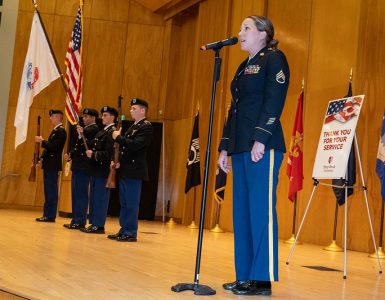