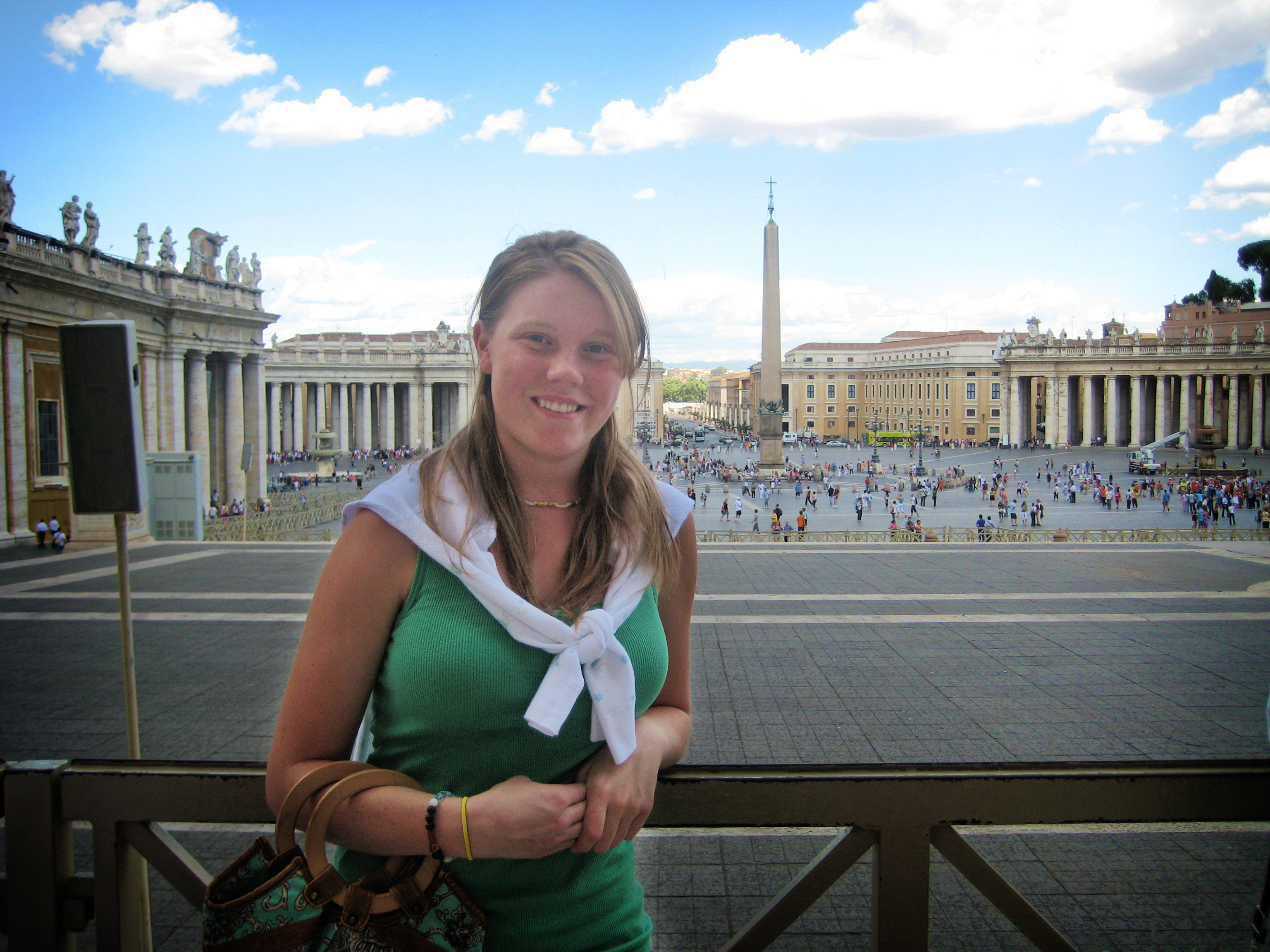 When Courtney Seck graduated from W.T. Clarke High School in Westbury, New York, with 259 other seniors, she never dreamed she would soon be walking the streets of Toledo, Barcelona, and Madrid in Spain. In fact, by the time her Stony Brook University undergraduate career was over, Seck had participated in three study abroad programs and one exchange program.

Four years later, the girl from Westbury has an education that places her in the elite five percent of the U.S. college student population—students who have studied abroad.

Seck was, like most high school students on Long Island, a product of her upbringing. Her comfort zone consisted of playing field hockey, basketball, and lacrosse, and when she did travel, it was only on the East Coast. She bonded with her teammates and was never far from the love and support of her parents and six siblings.

She had taken Spanish in high school and an advanced placement course helped her qualify for Stony Brook’s language requirement.

But it would be something else again to be thrust into the Spanish culture, a continent away, and be forced to speak the language of its native people as she did in the summer before her senior year.

The truth was, Seck became hopelessly homesick and was on the verge of despair, until her host mom realized she was struggling, and with a hug and a few words of comfort, everything changed.

Although Spain wasn’t Seck’s first taste of international travel through Stony Brook, it might have provided her with its most important lessons. There is no teacher like adversity, and she learned from her host family that the only way to communicate was to try to speak the language, no matter how inexpertly. This is when friends and family also rallied to her side, and it helped to bond with her fellow students who were going through the same travails.

Seck’s first international experience was a four-week-long summer program in Rome. What made that trip easier was having the safety net of Stony Brook faculty teaching small classes and bringing their years of experience to bear, taking the students all over Italy and acting as their guides.

Her fondest memory of that experience was to watch a live performance of Madame Butterfly surrounded by the Baths of Caracalla, which are Roman ruins.

Seck’s longest—and favorite—international program was the six-month-long exchange to the University of Queensland, Australia, in the fall of her junior year. “I think a big part of that is because I got the chance to be there for a longer period of time than all of the rest [of the international programs].”

Although Seck said that she encountered her most difficult courses “down under,” what made her academic workload more palatable was the amount of free time she had to explore Australia’s entire east coast from Melbourne to the Great Barrier Reef to neighboring New Zealand.

“I left Australia when the temperature registered 85 degrees Fahrenheit and within a few hours arrived in New Zealand to snow,” she said.

The shortest study abroad program Seck took part in was Stony Brook’s burgeoning three-week-long Ireland program, where the classroom consisted mainly of traveling from city to city and site to site. “We stayed in an inn in Galway, then a bed and breakfast in Kilkenny, and finally finished with a safe and comfortable hostel in Dublin,” she said of her final study abroad program experienced in the winter of her senior year.

“Everyone I met in Ireland could have been a tour guide for the area,” she said. “And until I went there I never fully understood it when people spoke about the ‘pub life’ in Ireland.”

There, pubs are a place to sit with a drink, relax, enjoy great music and especially, tell all kinds of wonderful stories.”

Stories—something Seck now has a knapsack full of.