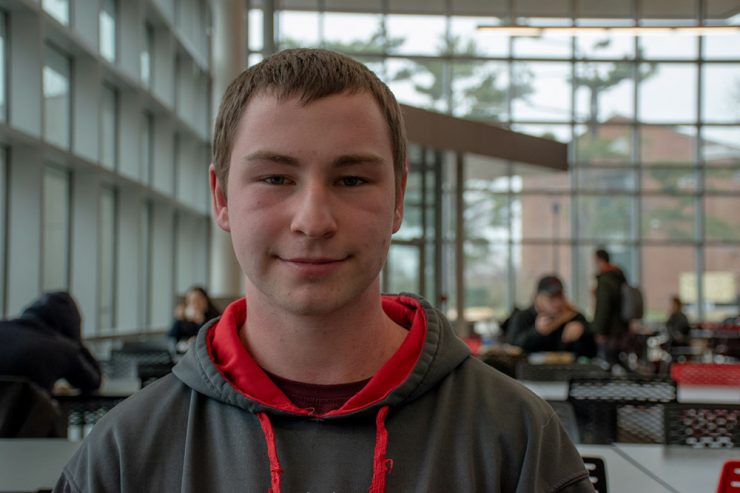 When Kurt Schall began bowling for the Stony Brook Bowling Club as a freshman he expected to have fun meeting new friends, but the sophomore said he never could have envisioned becoming one of 24 top-ranked male bowlers in the nation.

Starting April 15, Schall will represent Stony Brook at the week-long Intercollegiate Singles Championships in Dayton, Ohio, competing as one of the top student-athletes in the country. For the Long Island native and 20-year-old physics major, the road to the national stage was a long but rewarding journey.

During the regular season, a series of college bowling tournaments is held across the United States. The bowling club competes in local competitions in New Jersey, Long Island, Connecticut and Pennsylvania. After all colleges compete, the top 80 teams in the country, like Stony Brook’s club, ranked 74th, head off to sectional play.

There are two separate events in sectional play: team and singles. Coming in fifth in the 2019 Intercollegiate Sectionals in Stratford, New Jersey for singles, Schall scored his qualification to the national stage.

“I expected to have a shot at it, but after the first three games, I told myself to have fun,” Schall said. “Then, I did well the last three games to jump ahead of 100 people to make it to the Singles Championships.”

Schall says his passion for the sport comes from his father, who took him to bowling alleys when he was a child. Although he began playing when he was 10years old, he was not always proficient at the sport. It took him until 10th grade to feel confident about his skills, thanks to years of hard-work.

That dedication to the sport is evident when you glance at Schall’s calendar. Not only is he an active member of the on-campus club, but he also participates in two other leagues. He spends considerable time practicing by himself as well, juggling his passion with a demanding course load and a job delivering pizza, a necessity to pay for school tuition and practice time.

Schall is currently studying modern physics, which includes complex topics such as quantum theory and black holes. But instead of a future as a research physicist, Kurt Schall wants the simple life of a high school physics teacher, citing his devotion to tutoring his friends during his high school years.

“I’ve helped my friends back in high school,” said Schall. “I understood physics well enough that I could help people who needed it.”

But teaching the next generation of physics enthusiasts is merely one of the many possible career opportunities for Schall, who said he’s open to go wherever his academic journey takes him. Everything, from pharmaceutical work to engineering is a possible career path for the bowling prodigy.

For now, Schall is juggling his studies with his hobby well. As he puts it, “For me, the bowling isn’t so much work; it’s more fun. If I look at it as work, then I’m putting 10 hours a week extra work on top of my existing school-work. Plus, I have an actual job outside of this. So I’m at school, I deliver pizza and I bowl.”

Schall said he‘s excited to compete and wants to have fun, “but I want to win.”

You can track Kurt Schall’s progress and follow the The Stony Brook Bowling Club on Instagram @sbubowling.