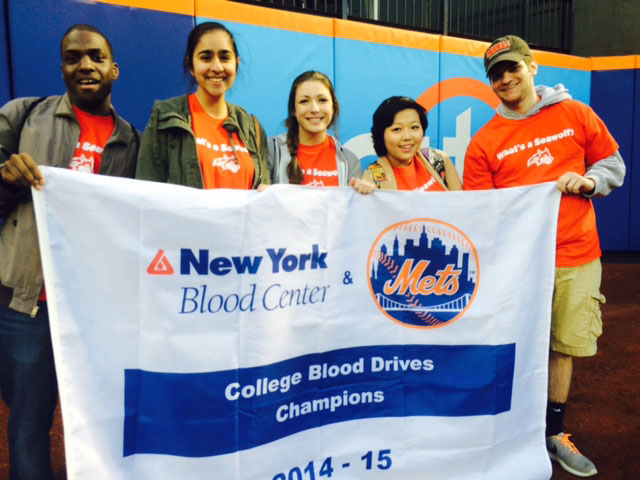 Members of the Stony Brook University Student Blood Drive Committee were invited onto the field at Citi Field on April 16, 2015, to receive the award for most donations in the New York Mets College Blood Championship. The pre-game ceremony, hosted by the New York Blood Center, honored the Stony Brook students who rallied their fellow students, faculty, staff and the local community to give the gift of life.

According to the New York Blood Center, blood donations only last 54 days in storage, often making the need to schedule a donation drive an urgent matter. At Stony Brook, the blood drives can collect as many as 300 pints in just one day. Despite a difficult winter, the volunteers from the Stony Brook Student Blood Drive Committee organized numerous donation drives and raised awareness for importance of donating blood. The group launched in 2005 with just a few concerned students and today boasts more than 70 members.