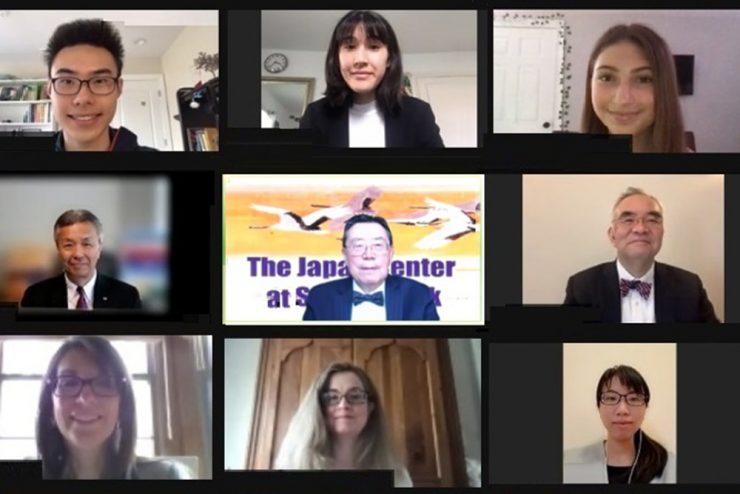 On Saturday, April 24, the Japan Center of Stony Brook University (JCSB) held its 16th Annual Essay Competition Award Ceremony. Unlike past ceremonies, which were held at the Charles B. Wang Center, this ceremony was conducted virtually in compliance with preventive measures due to the COVID-19 pandemic. 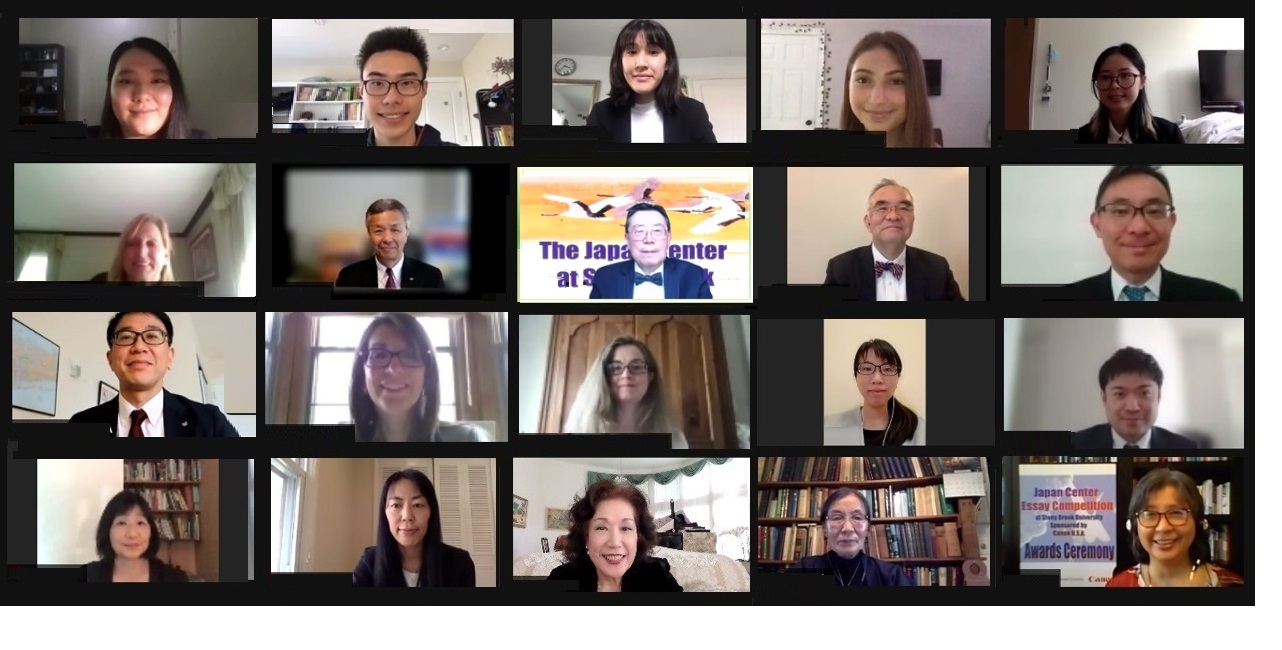 Dr. Eriko Sato, Chair of the JCSB Essay Competition, reported that 142 essays were submitted (108 in the High School Division and 34 in the College Division) for the 16th competition, and five essays were selected by a committee of judges headed by Chief Judge Sachiko Murata, to receive cash awards ranging from $750 to $3,000. Additionally, each winner received a camera from Canon USA, a major sponsor of the event. The winning essays can be found on the Japan Center at Stony Brook website.

Lucy Yin, a senior biology major and Japanese Studies minor at Stony Brook University, won the College Division Best Essay Award of the competition. She was presented with a $3,000 check, an award certificate and a Canon camera. Her essay, titled “Space,” was about her learning experience while visiting the Buddhist temples in Japan. As she wanders around the temples, her view of the buildings changed from a physical space to a physical and spiritual existence within that space, as precisely taught by Dogen, a prominent 13th-century Japanese Zen Buddhism philosopher. She realized that faith is what allows the space itself to feel alive and cared for. The actions of the people, positive or negative, will determine and mold the presence and power of any space. Yin enjoys studying Japanese and has taken Japanese language for four years at Stony Brook. She loves experiencing Asian cultures, traveling and taking walks with her dog. She aspires to become a medical doctor in the future.

Congratulations to all winners on their excellent writing skills and insightful essays that explored the effects of Japanese ideas and culture on their lives and society.

There are literally thousands of stories among the Stony Brook University Class of 2022, an exceptionally diverse and talented group of students who have achieved tremendous success in their time here, with unlimited... 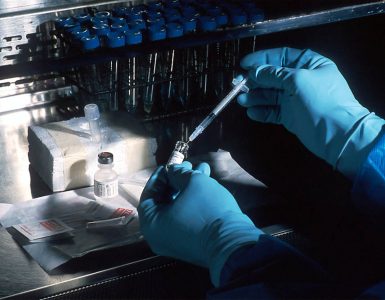