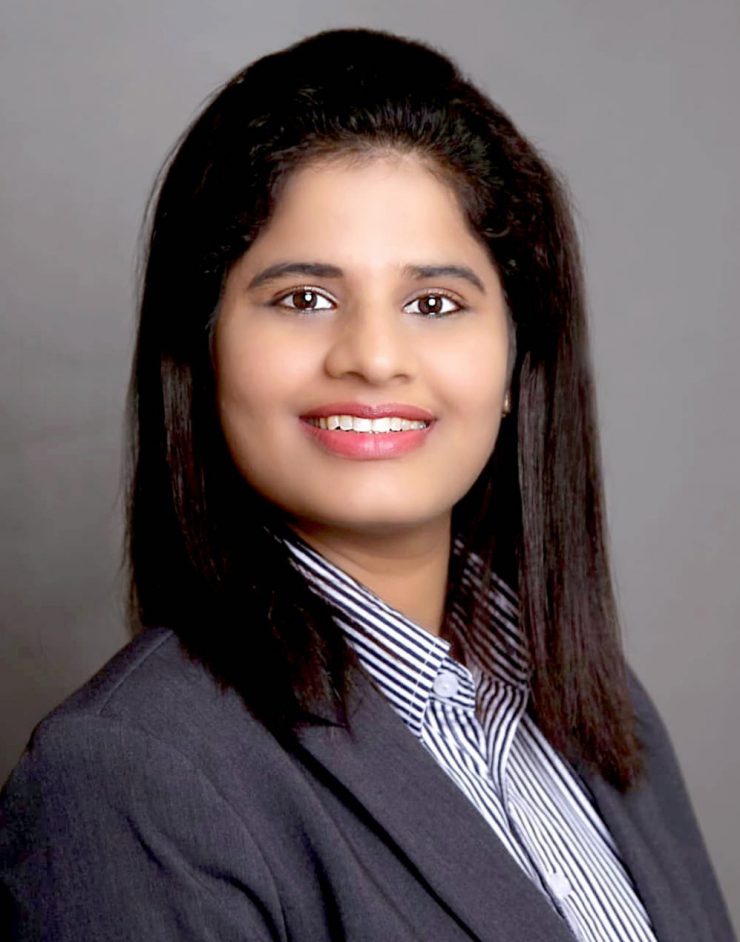 Priyanka Sharma, a postdoctoral research associate in the Department of Chemistry at Stony Brook University, has been named a regional finalist in the 2018 Blavatnik Regional Awards for Young Scientists. These awards support outstanding postdoctoral scientists from academic research institutions across New York, New Jersey and Connecticut, and pay tribute to researchers in three scientific disciplinary categories: Life Sciences, Physical Sciences & Engineering, and Chemistry.

Sharma was one of six finalists, receiving a $10,000 unrestricted prize. The six finalists and three top award winners, who each receive a $30,000 prize, were selected from among 125 nominations. She is the first postdoc at Stony Brook to place in the Blavatnik Regional Awards competition.

Sharma, a polymer chemist, was recognized in the Chemistry category for her pioneering work on the low-cost conversion of untreated biomass (cellulose, the most abundant natural polymer on earth) to sustainably develop carboxy-cellulose nanofibers, which have applications in biomedicine and water purification. These nanofibers can remove lead, cadmium and mercury ion impurities from water and have maximum adsorption capacities that rival the best reported adsorbents currently available. Other potential applications include drug delivery, the development of fuel cell membranes and gas barrier films. Her current development on the “nitro-oxidation” approach to produce high-value nanofibers from low-valued biomass would provide enduring impacts on the cellulose field. Sharma is part of Distinguished Professor Benjamin Hsiao’s research group.

In the future, Sharma hopes to demonstration the “nitro-oxidation” process in developing countries for its use in fabricating affordable filters to purify water and for inexpensive energy storage devices.

“Priyanka’s promise as a scientist was apparent to me when I first met her three years ago,” said Dr. Kathleen Flint Ehm, Director for Graduate and Postdoctoral Professional Development. “She was working on problems that were not only scientifically significant, but globally significant, given the potential of her nanofibers for revolutionizing water filtering in developing countries. This award only confirms her excellence.”

The Blavatnik Regional Awards winners and finalists will be honored at the New York Academy of Sciences’ 15th Annual Gala at the Conrad Hotel in New York on November 5, 2018.