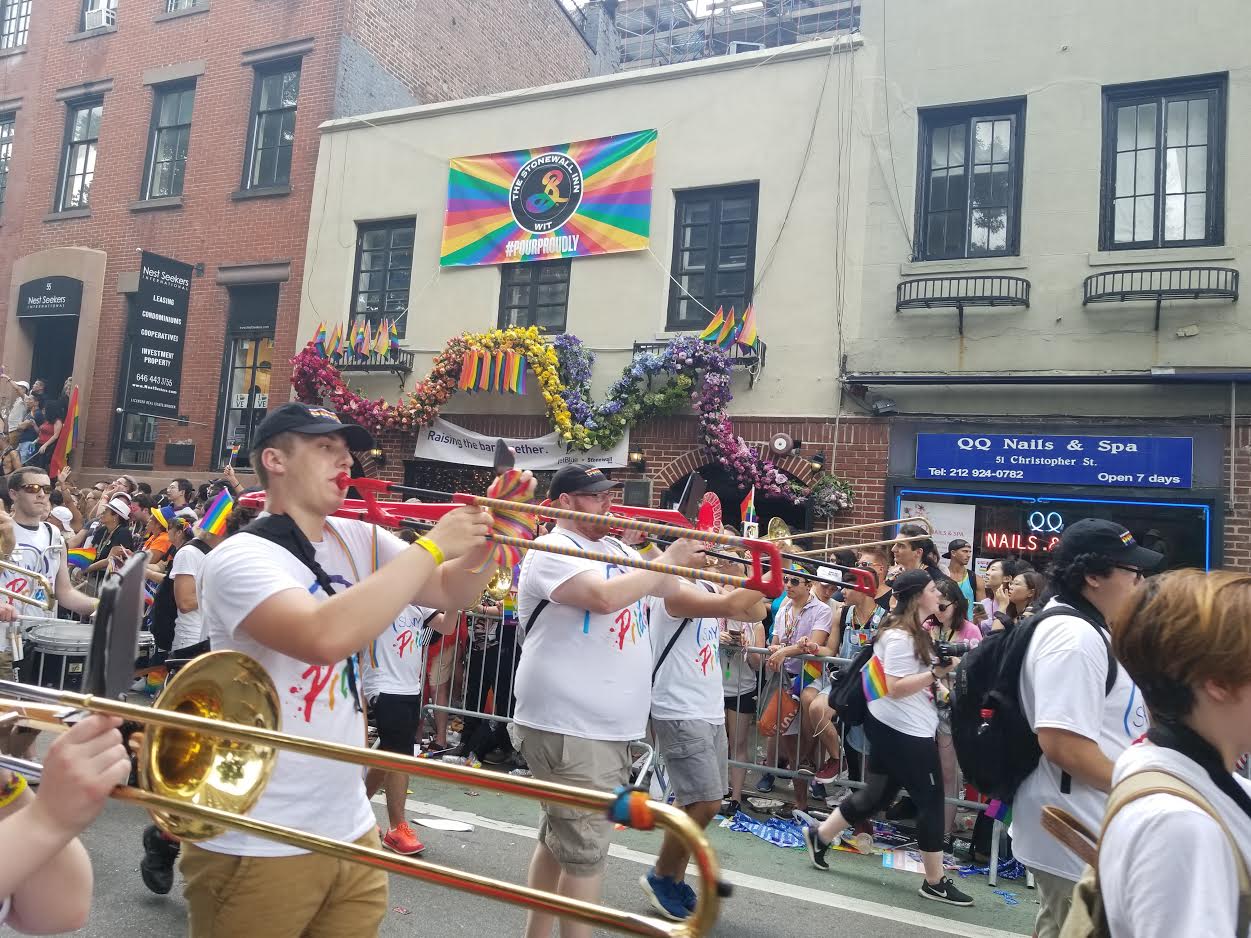 Diversity and inclusion were the themes on Sunday, June 24, for the 49th Annual New York City LGBTQ* Pride March, and Stony Brook representation was in full force for the festivities. This was the third time Stony Brook participated in the Pride March as members of the SUNY contingency.

Almost 90 members of the Stony Brook community marched as part of the 400-strong SUNY cohort representing 40 SUNY schools. The Stony Brook Marching Band again led the way for the SUNY contingency. The band, with 68 members including 15 band alumni, played popular songs that tied in the theme of inclusion and acceptance — “We R Who We R” by Ke$ha and “Born This Way” by Lady Gaga — and the Color Guard carried flags that captured all colors of the rainbow. The Stony Brook marchers were cheered along the way by students and alumni spectators who were so proud of their school’s support for LGBTQ* rights. This year, SUNY Chancellor Kristina Johnson also joined in the festivities as part of the SUNY float.

Interim Vice President for Student Affairs and Dean of Students Richard Gatteau participated in the march and was impressed by the level of commitment of the SBU students. “Our participation in the Pride March is important because it demonstrates our commitment to LGBTQ* students, faculty, staff, and alumni from Stony Brook. It’s a celebration that embraces our diversity,” he said.

Stony Brook University continues to show its commitment to building a community where all are welcome. In 2017, for the second consecutive year, Stony Brook University was ranked among the 50 BEST Colleges for LGBTQ Students by College Choice for its strong history of support of the LGBTQ* communities.

In March 2018, Stony Brook officially opened a brand new LGBTQ* Center to provide an open and inclusive environment for LGBTQ* people at Stony Brook interested in finding community, developing their understanding of LGBTQ* issues and seeking support or advocacy for their needs. The Center is the latest of several initiatives supporting the LGBTQ* communities, including the adoption of the Preferred or Chosen Name Policy (P400), the addition of all-gender restrooms, and the creation of more gender-inclusive housing options on campus.

The NYC Pride March began in 1970 as an LGBTQ* rights demonstration on the one-year anniversary of the Stonewall Uprising, an event that became the catalyst for the modern fight for LGBTQ* rights worldwide. The march is now replicated in dozens of countries around the world, but NYC’s remains the largest, gathering tens of thousands of participants and millions of spectators annually.

In preparation for next year’s 50th anniversary of the 1969 Stonewall Uprising, which will draw historic attendance and participation, this year’s march followed a different route, starting in Greenwich Village and ending in Midtown. The march began at noon with the SUNY contingency stepping off at 3 pm. 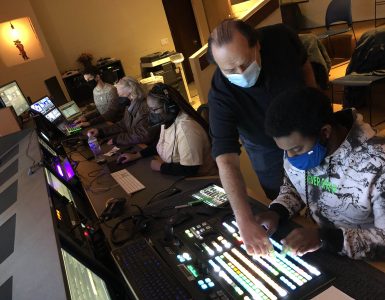