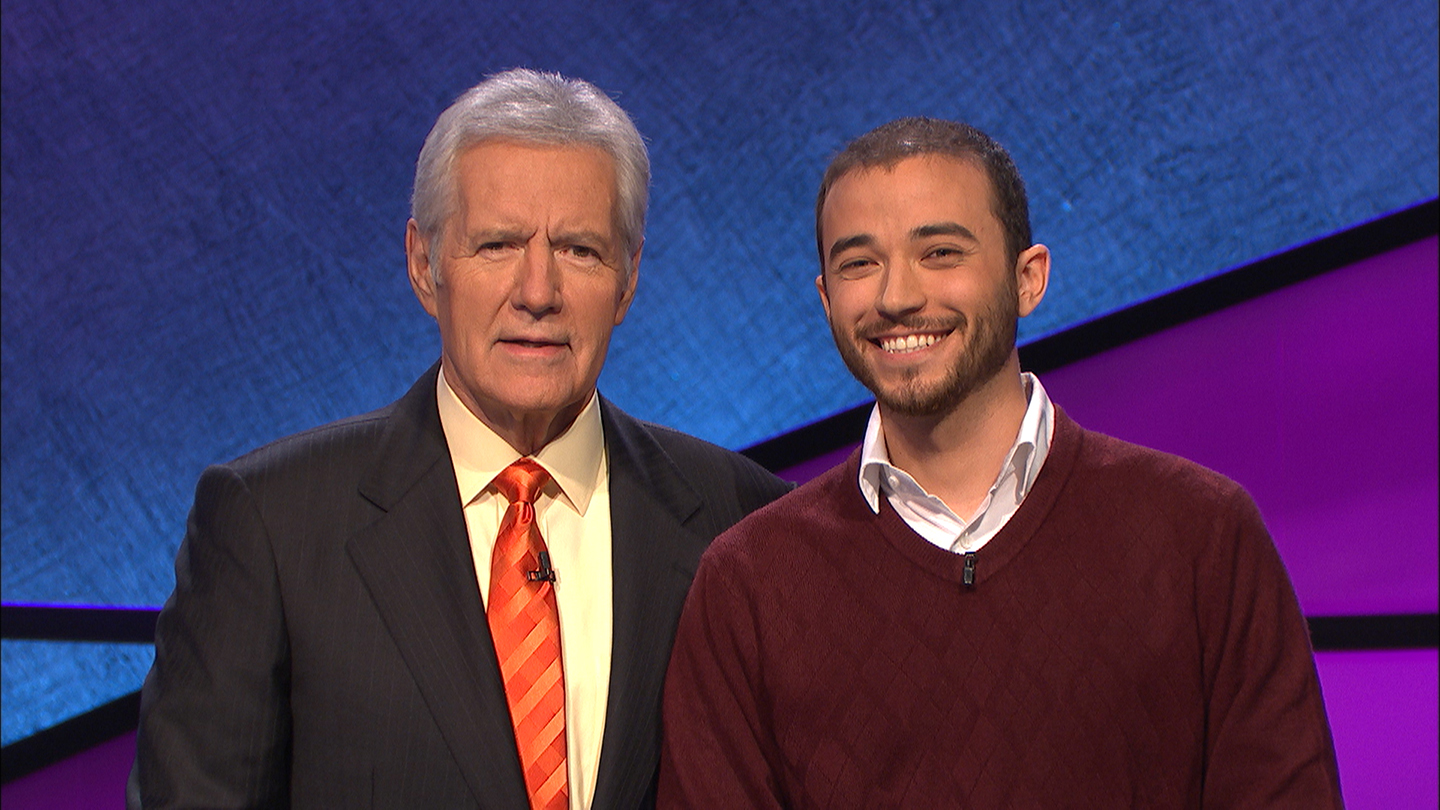 Recognize this Jeopardy! contestant? It’s Colin West from Stony Brook University’s Alan Alda Center for Communicating Science. Colin is a PhD student in the Department of Physics and Astronomy. He works as a teaching assistant for the Alda Center and has been a presenter at the Science Unplugged series for young scientists.

Colin appeared on Jeopardy! Wednesday, January 27, and was in the lead going into Final Jeopardy. Although he didn’t win, he had an excellent experience on the show and attributes his success to the Alda Center.

“I want to emphasize how much I think my training from the Center actually helped me get on the show,” said Colin. “I learned how to be calm, collected and confident even in front of a big audience, and that helped a lot.”

Colin expects to earn his PhD this summer and plans to continue working in the field of science communication.

The Alda Center helps train scientists and health professionals to communicate more effectively with the public, public officials, the media and others outside their own discipline. The Center offers a range of instructional programs for science graduate students and scientists, including workshops, conferences, lectures and coaching opportunities, as well as courses offered through the School of Journalism.