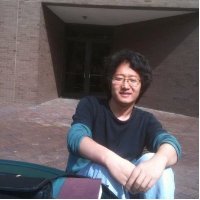 The Organization of American Historians (OAH) has chosen Stony Brook University graduate student Tao Wei to receive a 2015 OAH President’s Travel Grant for Emerging Historians. The grants provide travel stipends for graduate students and recent PhDs in history whose papers or panels/sessions have been accepted by the OAH Program Committee for inclusion on the annual meeting program.

In his paper, “British Dissenters, Dutch Radicals, and the Radical Networks in the Atlantic World: The Case of Henry Laurens, 1779–1784,” Wei argues that the overlooked South Carolina merchant, slave trader and politician Henry Laurens was critical to the negotiation of the 1783 Treaty of Paris, which ultimately ended the American Revolutionary War. Wei explores Laurens’ links to British dissenters and Dutch radicals by probing the flow of ideas and patriots in motion in the swirl of revolutionary-era intrigue and intellectual ferment that, for Laurens, included a diplomatic mission to Holland and captivity in the Tower of London. Laurens’ transatlantic encounters thus demonstrate his great contributions to the American Revolution at the local, national and transatlantic levels.

The grants were announced on April 18 at OAH’s annual meeting in St. Louis. A total of 50 recipients received 2015 OAH awards.

Tao Wei expects to receive his PhD from Stony Brook by 2016. He received his BA from Huanggang Normal University and his MA from Peking University, China.