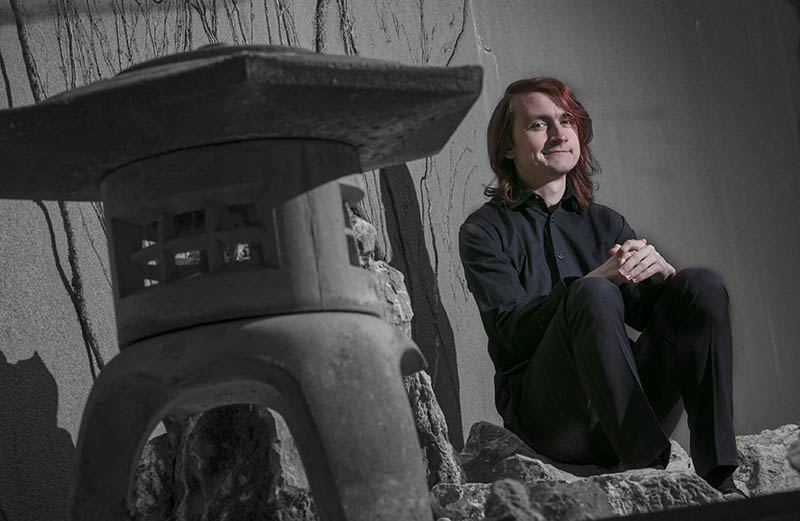 This summer, Ryan McHugh ’20 will be taking his passion for science and Japanese culture on the road.

More specifically, the Biology and Chemistry double major will be heading to Japan as part of the highly selective Amgen Scholars Program at the University of Kyoto. The program provides funding for promising undergraduates to conduct cutting-edge research at one of 17 world-class institutions in the US, Europe and Japan.

While Stony Brook students have had strong representation in Amgen programs stateside, Ryan is the first to be selected for this specific opportunity in Japan. Proficiency in Japanese is not required; however, Ryan’s growing knowledge of the language will enable him to fully immerse himself in Japanese culture outside the lab.

“Ryan’s outstanding performance in both the sciences and humanities makes him uniquely qualified for this experience,” External Scholarships and Fellowships Advisor Jen Green. “His versatility and intellectual curiosity will enable him to represent Stony Brook as both a talented scientist and compelling cultural ambassador.”

Ryan, who is from the Syracuse suburb of Manlius, was born in Yokosuka, Japan while his father was working as an engineer on a US Navy ship stationed there. Although his family returned to the US before he was a year old, Ryan has always been fascinated by the language and culture of his birthplace.

While competing as part of his high school’s Science Olympiad team, Ryan added research in molecular biology to his growing list of interests. Ryan started at Stony Brook in fall 2015 and had his initial experience with undergraduate research during the following summer when he participated in the 2016 Summer Research Immersion program at Binghamton University under the guidance of Dr. Susan Flynn.

At the start of his sophomore year, he began working in the lab of SBU chemistry professor  Dale Drueckhammer, who took note of Ryan’s dedication.  “Ryan is usually in the lab two afternoons per week and on Fridays is always asking me if I will be in on Saturday so he can continue his work,” Drueckhammer said.

Ryan’s current research mentor is Steven Glynn, associate professor of Biochemistry, whose lab studies a family of proteins responsible for a variety of cellular functions including turning stored energy into physical motion. Knowledge of how these proteins function could allow scientist to develop drugs to block certain cellular activities.

When not in the lab, Ryan takes advantage of the Japanese language courses offered by SBU’s Department of Asian and Asian-American Studies. He has impressed his instructor, Atsuko Oyama, by displaying the same commitment and enthusiasm he brings to his science. “Ryan is keen on learning Japanese and excels in speaking, listening, and grammar. In fact, he recently gave a class presentation during which he spoke fluently about his plans to conduct research in Kyoto this summer,” Oyama said.

Ryan plans to pursue additional overseas research opportunities like the Fulbright U.S. Student Program before heading to graduate school for a PhD in Molecular or Structural Biology. Ultimately, Ryan plans for a career as a researcher at an overseas university and his participation in Amgen Scholars Japan is a crucial next step to solidifying that goal.