Morgan Macklin ’16 is Ready to Take on the World 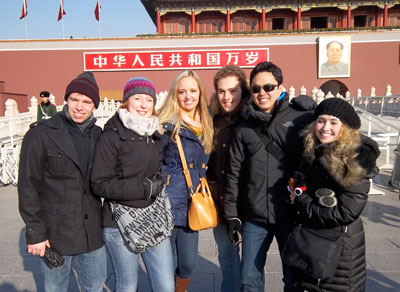 Morgan Macklin ’16 is used to being on the go — her mother is a pilot for American Airlines and her father is a corporate pilot.

The Asian American Studies/Applied Mathematics and Statistics major was born in Honolulu, Hawaii, where her father was stationed as a Marine. When he was discharged, her family relocated to Florida, then California, New Hampshire and upstate New York — and that was only the beginning of her travels.

“Moving forces you to grow up quickly,” Morgan said. “You have to learn to make friends quickly and to navigate already moving social currents.”

She is accustomed to having one or both parents away for days at a time. “My parents didn’t have 9 to 5 jobs, but they also didn’t take work home with them,” she said. “They were gone for three to five days and then home for two, and once they were home, they focused all of their energy on me.”

Instead of yearning for the kind of home life most of her friends had, Morgan embraced her own. “I really won the lottery with my parents. Their careers have afforded me amazing travel opportunities,” she said.

“I have been to some countries with my mother on her work trips on a 24- or 48-hour layover, and to others alone where I have stayed anywhere from a week to several months.”

One outgrowth of that travel is a passion for foreign languages, which began in high school when Morgan took a specialized test, the Defense Language Aptitude Battery, which revealed that she had a flair for learning languages.

After graduating from high school in 2011, Morgan moved to Madrid to teach English and eventually took a course to hone her proficiency in Spanish. When she returned home to New York’s Finger Lakes region a year later, Morgan learned that there was a language immersion program at nearby Cornell University. She enrolled in the Full-Year Asian Language Concentration Program for Mandarin through which Cornell partners with Peking University. She spent half of the next year in Ithaca, New York, and the other half in Beijing, China.

Guided by the Chinese proverb, “Walking 10,000 miles of the world is better than reading 10,000 scrolls of books,” Morgan is well on the way to achieving her goal of visiting 21 countries by her 30th birthday, which is just six years from now.

Her interest in becoming fluent in two of the world’s most widely spoken languages is more than an academic one — Morgan’s plan is to position herself to be able to utilize her language and math backgrounds in emerging global markets.

“Math is the universal language,” she said. “Having both the liberal arts and STEM skills should make me a candidate for international business, specifically finance.”

In fact, Morgan is looking forward to serving as a summer analyst with Goldman Sachs’ Operations Department. “The financial world is an incredibly exciting one because of its key role and heavy influence in the direction of markets,” she said. “I am looking forward to being on the cutting edge of industry.”

Leading up to this internship were stints at Break the Ice Media in Pittsford, New York, where she was a marketing intern in 2012, and a management internship at Holiday Inn Express in Centereach, New York, in 2013 and 2014, where she assisted in coordinating Taste of the Three Villages, a benefit sponsored by various local businesses and restaurants. The proceeds went to a scholarship fund for the Stony Brook University School of Journalism to honor former Three Village Times Herald editor Lee Lutz.

Her crowning event participation achievement, however, was last year at Stony Brook when she coordinated the Dragon Boat Festival with the international pre-professional organization Global China Connection (GCC).

With the goal of building the relationship between Port Jefferson and Stony Brook University, the GCC and the Port Jefferson Chamber of Commerce teamed up to plan a day highlighted by boat races in which more than 80 University students took part. “The festival brought all members of the community together, businessmen and students alike,” Morgan said.

And she just keeps accumulating business skills. Under the tutelage of Peggy Christoff, a lecturer in the Department of Asian and Asian American Studies, College of Arts and Sciences, Morgan is learning to write grants and work with Viewshare, a software platform used for archival purposes by institutions such as the Library of Congress.

For Morgan, the sky is the limit, but one thing is certain — whoever walks those 10,000 miles with her had better prepare for an adventurous journey. Morgan said she will not allow her life and work to ever become stagnant.

“I’d like any family I have to be as multicultural as possible, although that is probably 20 years away or more,” she said.

— By Glenn Jochum; photos by John Griffin and courtesy of Morgan Macklin 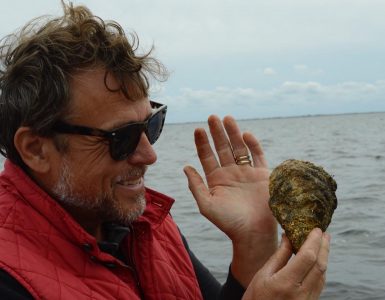