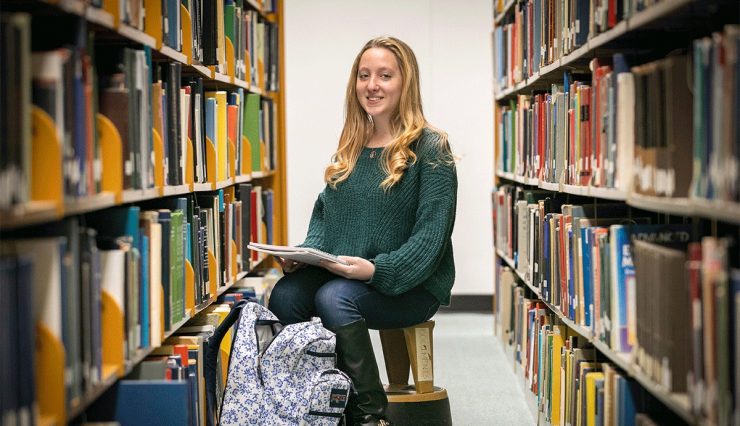 As a U.S. Marine, Tori Levine was thrilled whenever she saw a jet she maintained take off. As a Stony Brook University biology student on the nursing track, she feels much the same way when she solves a mathematics equation or confirms her research data.

Levine ’22, a native of Dix Hills, N.Y., knew she wanted to enlist in the military when she was nine years old. She decided to defer college for a stint in the Marine Corps. “I decided if I was joining the military I might as well go all out and join the toughest branch,” Levine said.

Levine had never even picked up a tool before she enlisted but found herself serving as collateral duty inspector for F/A-18 combat jets while deployed to the Middle East.

“I had trouble sleeping thinking about the maintenance I oversaw and imagining the worst possible cases: ‘What if something wasn’t connected right? What if the wire we repaired doesn’t hold? What is someone gets hurt? Did I make sure all of the tools were accounted for?’ With time I was able to gain confidence in myself and quit second-guessing when I know I had triple-checked it multiple times,” she said.

The military training she received and discipline she acquired acted as her mental jet fuel. “I always figured I would do my five years and get out and go to school and teach young children,” she said. “Being a nurse also appealed to me but I never thought I could do that because I struggled in the sciences. The military made me realize that what they say about mind over matter is true. I know now I can do it.”

Because science and mathematics did not come easily for Levine, she practically lives in the stacks of the Melville Library. And she takes advantage of the Academic Tutoring Center on campus. “I have a weekly tutor for both chemistry and calculus,” she said.

Drive and discipline are the two main by-products of Levine’s decision to enlist in the military following high school. “I see a huge difference between veteran students and students who attend college right out of high school. I did not receive good grades in high school because I simply wasn’t motivated,” she said. “Now, I’m very driven by my goals and have been holding down a GPA of 3.8. I’m focused and committed to school because I treat it like a job and take it extremely seriously.”

Levine’s immediate goal is to be accepted into the nursing program at Stony Brook. “Long-term I want to eventually become a nurse anesthetist and work for Doctors Without Borders, which is about ten years away because of all the schooling and experience I would need,” she said.

“I would love to go back to the Middle East and provide care and training to the people there who are victims of war. I’m trying to learn Russian and French because those are the two languages you need to be accepted into Doctors Without Borders. I will go wherever they need me though.”

Irvin Huang, a PhD candidate in the Stony Brook University School of Marine and Atmospheric Sciences, has been chosen as a fellow in the John A. Knauss Marine Policy Fellowship program, which matches highly qualified... 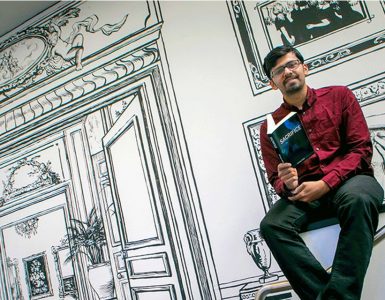 The idea for Ameya Kale’s novel Sacrifice came to him late one night as he prepared to post a status update on Facebook, hoping to engender a round of thought-provoking debates in the comments section. “How did human... 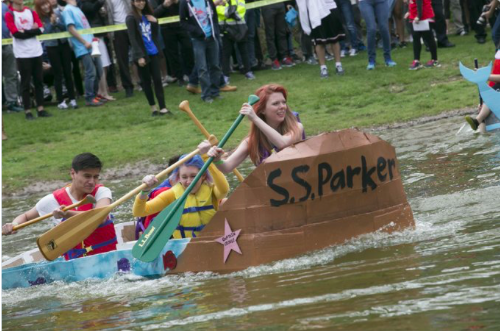 May 2019 was another entertaining Stony Brook community experience for students participating in the Dr. Seuss-themed Roth Regatta, now it in its 30th year.  Journalism School students covered the event live, testing...