Lover of Languages Turns to Crowdfunding for Help 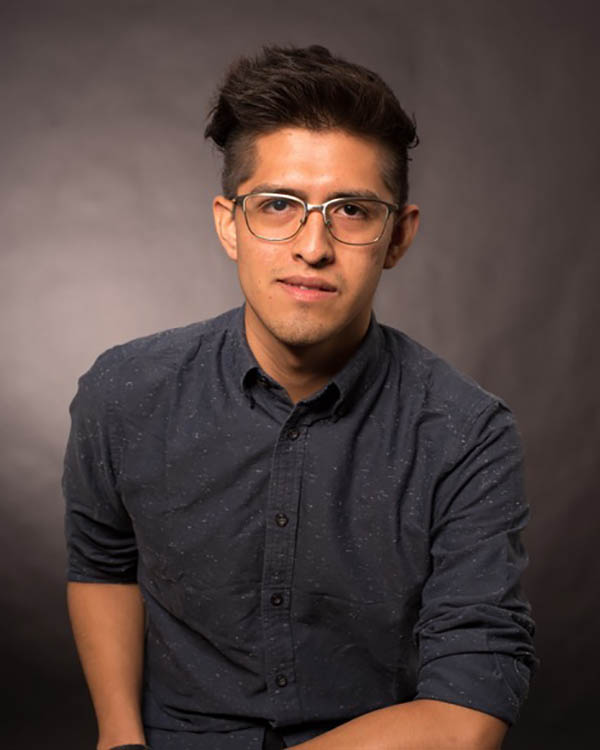 In an era when the cost of higher education can stretch family budgets to the breaking point, some students are experimenting with a novel form of assistance: online crowdfunding, boosted by social media.

When Pablo Lopez Alonso was accepted by Stony Brook’s PhD program in Linguistics, he received a generous financial package that includes a full tuition waiver and a position as a teaching assistant. But the Cuernavaca, Mexico native soon discovered that the full ride fell short of what he would need for plane and train tickets, first month’s rent, groceries, books, furniture and appliances and University fees.

Looking to raise an additional $5000, he turned to social media and set up a GoFundMe account.

GoFundMe is the largest of several crowdfunding platforms, innovative services that facilitate online fundraising in return for modest fees. Crowdfunding has been used to support projects ranging from experimental cancer treatments to providing legal services to immigrants and refugees.

For Pablo, crowdfunding could make all the difference.

“Fortunately, my parents are helping me with my travel expenses and some of the school fees. I want to try to cover the rest of the costs. However, after months of unsuccessfully looking for jobs in Mexico, it is becoming quite evident that I will not be able to save enough money by September,” he said.

Thus far, Pablo has received donations mostly from high school friends and family members, from the Bay area to Canada and Singapore.

“I also received an anonymous donation from a very kind stranger on Twitter,” he said. “Gender-wise, I think most of my donations are coming from women.”

Help has also come from physicians, a translator and an aunt who works in the sales department of a tech company. To date, Pablo has raised about 30 percent of what he needs to study linguistics at Stony Brook.

Pablo Alonso’s passion for language began when he was growing up in Mexico City. As a child, he dreamed of learning as many languages as he could. He had an opportunity to make that dream a reality. As he lived his dream, he became fascinated by how similar the languages were beneath the surface.

“One pivotal moment comes to mind. In my first English class in first grade, I remember many of my classmates had some knowledge of English and I had zero knowledge of it. It kind of left an impression on me and I decided to learn as much as I could,” Pablo said.

“Later, when I was in high school studying Italian I realized how easily it came to me, and my friends and teachers always told me I was very good at languages in general. I was always picking my friend’s brains, asking them to teach me words or phrases in their native languages and trying to perfect the pronunciation and understand the structure. That’s when I first thought I might want to pursue a language-related field as a career.”

As Pablo dug deeper, he discovered that Stony Brook’s Department of Linguistics is renowned for its strength in computational linguistics, the field in which Pablo hopes to specialize.

Pablo found out about Stony Brook last year while investigating graduate schools. His undergraduate advisor recommended that he consider Stony Brook because it has one of the best linguistics programs in the country that matched his interests. “What attracted me to study at Stony Brook was the type of research linguistics professors do,” he said.

Hi friends! So I just created this GoFundMe campaign to help me move to the US to pursue my PhD in linguistics. Please take a moment to read and if you can I’d appreciate a donation! Muchas gracias! https://t.co/K0A5Y2QFdw

“I’m very interested in understanding how language is structured in the mind and how we can use computers to model those structures,” said Pablo. “This kind of research can help us develop language-processing technologies, such as the ones that most of us have on our phones nowadays. I would love to be part of a research team at a tech company where I could help develop the theory behind these kinds of technologies.”

Pablo’s childhood love for language stoked his appetite for travel and learning about other cultures. At 16 years old, he won a scholarship to study at the United World College of the Adriatic, an international high school in Northeast Italy.

Because many of his classmates at United World College were pursuing an education in the United States, Pablo followed suit, winning another scholarship to study German at Luther College in Iowa.

“My dad earned his BA and MA in sociology at different public universities in Mexico City, my mom earned her BA in psychology from those same institutions, and my sister earned a BA in theater at a public university in Cuernavaca,” he said.

“I think as we look now at how complicated the U.S.-Mexico relationship is right now, we need more people working as bridges between both countries than we ever did before,” said Pablo.

“Even if I wanted to return to Mexico, and I would love to give back to my country, the market for linguistics jobs is pretty much nonexistent, so I have a better chance of having a career as a linguist in the United States,” said Pablo.

“My advisor told me not to worry too much because many of the newer jobs related to the field of linguistics probably don’t even have a name yet. In a way that is already happening in both my life and at Stony Brook, where the Department of Linguistics and the Department of Computer Science are making room for students to explore their interests and create their own new and exciting careers,” he said.

The Department of Linguistics within the College of Arts and Sciences has created a new MA in computational linguistics that will start this year. They also cooperate with the Institute for Advanced Computational Science (IACS) at SBU, having faculty that work at both places. And linguistics students can choose to take courses in the Department of Computer Sciences as part of their program of studies.