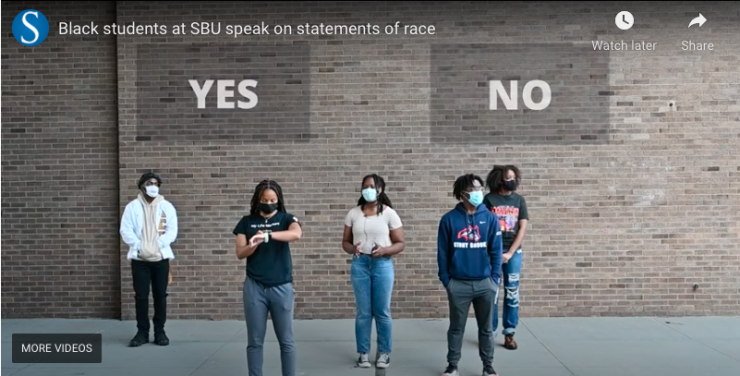 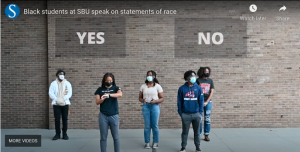 “Our students are producing stories that can compete at a national level,” said journalism instructor George Giokas, who coordinates Hearst Award entries for the School. “I’m proud when they win because it adds to their confidence and to their resumes.”

Stephanie Melo won third place and a $1,500 scholarship in the national feature stories category. Her piece, “A tale of two students: A mother and daughter embrace lessons in love and learning,” was one of nearly 150 entries from 80 schools. Her story, part of the Stony Brook Transformed project, was part of a year-long reporting project that explored the early impacts of the pandemic on Stony Brook University and Hospital. Melo earned her journalism degree last year and is a graduate student in Stony Brook’s teaching English to speakers of other languages program.

The second project, “Black students at SBU speak on statements about race,” was produced by journalism majors Amaya McDonald and Rabia Gursoy for The Statesman, Stony Brook’s student newspaper. The piece placed in the top 20 reports in the multimedia narrative video storytelling category. The video asked five Black Stony Brook students to explain their perspectives on a series of questions. The piece was in response to another Statesman story by McDonald, “‘Black’ or ‘African American?’ Black Americans discuss the difference.” 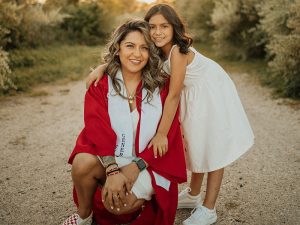 Often called the Pulitzers of college journalism, the Hearst Program recognizes excellence in writing, photojournalism, audio, television and multimedia reporting for undergraduates majoring in journalism. Winners are announced every month.

Increasingly, students from the School of Communication and Journalism are winning Hearst awards. In 2020, three students won awards. In 2021, 17 students won seven awards for different reporting projects. The number of awards placed Stony Brook University among the most recognized universities in the nation by the Hearst Journalism Awards.