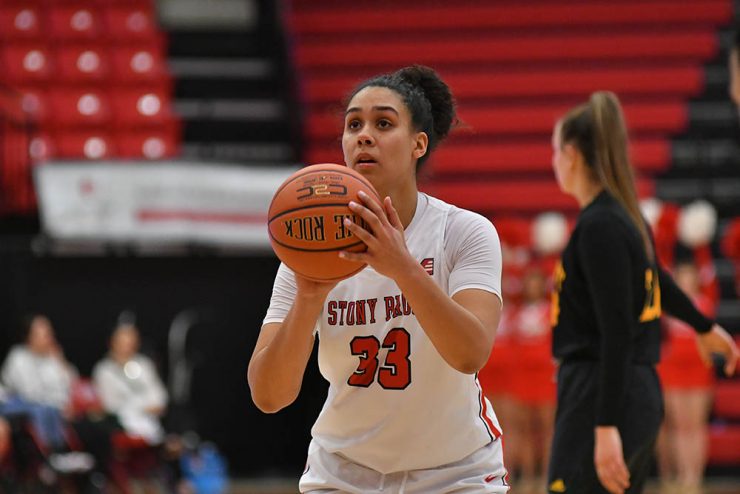 Seawolves forward India Pagan didn’t know it at the time, but looking back, the hoop dream started in a rec center in her hometown of New London, Connecticut back when she was 10 years old. Although a basketball court measures fewer than 100 feet, the journey has so far spanned thousands of miles, taking her not only to Stony Brook, but also to far-away places like China, where she squared off against 6-foot-7 center Li Yueru, a 2019 WNBA Draft pick, and Peru, where she represented Puerto Rico in the 2019 Pan Am Games this past summer.

“The coaches of the Puerto Rican team discovered me in an AAU tournament in Washington DC back in 2016,” India said. “They saw my last name and knew I had to be Puerto Rican. Their recruiting coach stayed to watch one of my games and then spoke to my parents after the game.”

To be eligible to participate on Puerto Rico’s national team a player must have at least one parent or grandparent who is Puerto Rican.

“I’m 100% Puerto Rican, and they invited me to their tryouts in New York,” India said.” I’ve been playing with them ever since, four years now.”

India spent the first two summers playing for Puerto Rico’s under-18 and under-19 teams, before joining the official women’s national team in 2018. With them she got an immediate taste of success, winning a gold medal at the Centrobasket Championship games in 2018, and a bronze medal in Barranquilla, Colombia at the Central American and Caribbean Games.

This past August, the 6’1” forward was with the team in Lima, Peru for the Pan Am Games.  Though Brazil and the United States took the top two spots, Puerto Rico posted a 66-55 win over Colombia to secure a bronze medal.

India’s best performance in the Games came in a 64-58 loss to eventual gold medal-winner Brazil in the preliminary round, in which she finished with a team-best seven rebounds. She contributed two points, three rebounds (including two offensive rebounds) and three steals in 14 minutes to help capture the bronze medal. It was an unforgettable experience for the team’s youngest member.

Once back home, she continued her summer routine, conscientiously preparing for her junior season as a Seawolf.

“I go as hard as I can in individual workouts, in our lift sessions, and in our conditioning sessions,” she said. “Aside from basketball, I make sure I’m eating healthy and staying hydrated. There is no room to get hurt.”

However, despite the attention she gives to strength and conditioning, India says that the biggest improvement in her game isn’t a physical thing at all: it’s confidence.

“Freshmen year I wasn’t sure how everything was going to play out or how I was going to adjust to the college world,” she said. “My confidence shot up after playing for the national team the summer before my sophomore year. And now coming into my junior year after playing in the Pan Am Games as the youngest on the team, I’m embracing the big role I have on my SBU team.”

To that end, India is the only returning starter that scored in double figures every game last season. And after a season that saw the Seawolves make it to the league semifinals, the goal for last year’s team-leading rebounder is clear.

“We want to win the America East tournament,” she said without hesitation. “We have such a great talented team and I’m so excited to show everyone the weapons we have.” The Seawolves 2019-20 women’s basketball season starts November 5.

A sociology major, India chose Stony Brook because of the family atmosphere.

“It just felt like a home away from home,” she said.

She also cites her coaches as being important mentors who helped guide her growth the past two years.

“They are super tough on me but because they know the potential I have,” she said. “They’ve been through this journey and they never give up on me.”

As for the future, India hopes to earn a sociology degree and ultimately get a job working with children – a passion inspired by her mom, who is a kindergarten teacher.

However, before that career path takes shape, India hopes to carry her dream further by playing professionally.

“I’d like to go overseas and hopefully make it to the WNBA,” she said. “There’s also a league in Puerto Rico which is like their WNBA and I will be participating in that as well.”

India will also represent Puerto Rico in the Americup tournament, beginning September 22 in Puerto Rico.  Americup is a pre-Olympic qualifier. The top eight teams from Americup compete in another tournament in November to qualify for the 2020 Olympics in Tokyo.

“I won’t be able to play in the November qualifiers because that’s when our games start here at SBU, but coach has allowed me to go later this month and I’m so excited,” she said. “This is such a big tournament and it takes place in Puerto Rico, so we’ll have home court advantage.”

If Puerto Rico qualifies, India would become the first Stony Brook student to compete in the Olympics as an undergrad, and just the third member of the Stony Brook community to ever compete in the Olympics, following alumni Lucy Van Dalen ’12, who ran the 5000 meter representing New Zealand in the 2012 Olympics in London, and the late Roger Gill ‘94, a sprinter who represented Guyana in the 1996 Olympics in Atlanta. 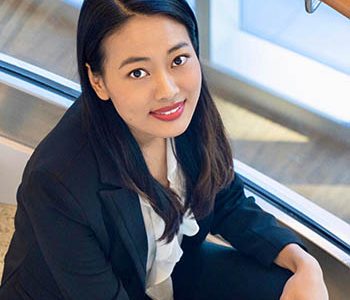 At a time when government research funding is threatened, advocacy for higher education is critical. That’s something doctoral candidate Xiaoqing Zhang has learned as a student researcher, and more recently as an intern...

Chemists at Stony Brook and Brookhaven National Lab have made a new finding about battery performance that points to a different strategy for optimizing cathode materials. 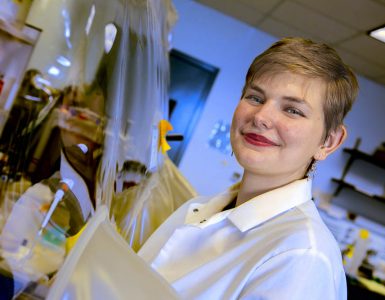 You may not have the palate for this, but chowing down on a grasshopper got the attention of the producers of the television cooking show “Chopped” for then eighth-grader Lucy Felong ’21. Her daring move won...