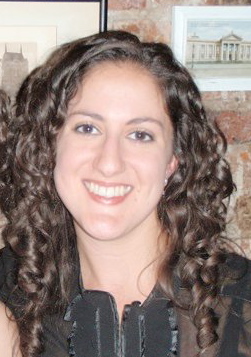 Froylán Enciso, Carlos Gomez Florentin and Raquel Otheguy — all PhD candidates in Stony Brook University’s Department of History — have each won prestigious awards that will help fund their dissertation research on different areas of Latin America for the 2013-2014 academic year.

Froylán Enciso has received two competitive awards: a Visiting Fellowship at the Center for U.S.-Mexican Studies at the University of California, San Diego, and a Harry Frank Guggenheim Foundation dissertation award. Both awards will help him complete his dissertation project, “Made in Sinaloa: From the Regional to the Global History of the Mexican War on Drugs, 1909-1985.” Enciso is the second SUNY student to receive the Guggenheim funding, the first being Cecilia Mendez in 1993, also from Stony Brook’s Department of History.

Enciso’s project traces the history of drug dealing in his homeland, Sinaloa, birthplace of one of the most violent and successful drug organizations in the Western Hemisphere. He will provide the first account that connects the history of the drug trade in Sinaloa with the creation and consolidation of the global prohibition regime on drugs, and it will uncover the relationship between drug trafficking and practices of state indoctrination — such as the implementation of development models and of repressive policies — shedding light on new forms of class formation, social mobility and capital accumulation. The project will also explain the rise of narcoculture, a cultural system that reorganizes social classes according to their uses in the illicit drug market. The people of Sinaloa historically promoted narcoculture before it became a concern of hemispheric security agencies and part of discourses on the failure of Mexico’s transition to democracy.

“Receiving these fellowships attests to the great quality of graduate education my department is providing and the awesome things we are doing at public education institutions,” Enciso said. “This support will allow me to finish my dissertation on time and be a highly competitive scholar in the global job market.”

Before coming to Stony Brook to pursue his PhD, Enciso earned a degree in international relations from El Colegio de México in 2002. He then served as a researcher for Los Angeles Times and a consultant for the Network of Diplomatic Archives at the Ibero-American Summit. At Stony Brook, he served as president of the Graduate Student Organization from 2010 to 2011. During the course of his career, Enciso has published more than 40 academic works, including books, articles and reviews, and more than 100 journal articles. He has given more than 50 conference papers and presentations in the Americas and Europe and he has won honorable mentions in national prizes for diplomatic and contemporary history.

Carlos Gomez Florentin has been awarded the 2013 Social Science Research Council’s International Dissertation Research Fellowship (IDRF) funded by the Andrew W. Mellon Foundation. The IDRF program supports the next generation of scholars in the humanities and humanistic social sciences pursuing research that advances knowledge about non-U.S. cultures and societies. Since its inception in 1997, the IDRF program has funded more than 900 projects — more than 20 of them from Stony Brook University’s Department of History — with research spanning the globe.

Gomez Florentin’s dissertation centers on the story of the connections between the largest developmental megaproject of the Western Hemisphere – the building of the Itaipú Dam in the late 20th century in the borderlands of Brazil and Paraguay – and its unintended effects in the making of a new transnational region: the Upper Paraná. His research will show that the most significant consequences of the Dam — informal modernization, unplanned urbanization, the unexpected effects of scientific management of the environment and the rise of unruly borderlands — were unforeseen by its planners. Through five major lines of empirical research — modernization, urbanization, environmental history, transnational studies and democratization — Gomez Florentin will explain the impact of the Dam from an interdisciplinary perspective. His work will also explore the political impact of the dam on the democratization process of the two countries as they moved from dictatorship in the 1970s to democracy during the 1980s.

“This fellowship gives me an unique chance to work in a transnational research project visiting archives in Brazil and Paraguay,” said Gomez Florentin. “As environmental historians we are aware of the transnational implications of human actions. However, we rarely have the chance to travel extensively to work in a truly transnational project like the Itaipú Dam. I’m also excited to be part of a group of fellows working creatively in multiple disciplines, precisely one of the strengths of the IDRF-SSRC.”

Gomez Florentin, an environmental historian of modern Latin America, is an interdisciplinary scholar with broad interests in social and environmental sciences, critical theory, developmental studies, politics and literature. He earned his BA in political science from the Universidad Católica de Asuncion in 2006. He then received a Fulbright Scholarship and moved to the United States where he earned his MA in politics at New York University before entering Stony Brook’s PhD program in 2009. Gomez Florentin is published widely in his home country of Paraguay. His first book deals with the rise of the Paraguayan Liberal State (1870-1900) and his latest two books grapple with Paraguayan authoritarian politics in the 1940s.

Raquel Otheguy has been awarded a 2013-2014 National Academy of Education/Spencer Dissertation Fellowship. Only 25 fellows were chosen from more than 400 applicants. This competitive program aims to identify the most talented researchers conducting dissertation research related to education.

Otheguy’s dissertation fellowship project is tentatively titled “Education in Nation, Empire, and Diaspora: Afro-Cubans from 1878 to 1920,” and it will consider the role that the education of Afro-Cubans had in the creation of a post-abolition society and an independent Cuban nation during that time period. She will use archival sources in Cuba and the U.S. to explore the development of educational institutions and discourses in the late colonial period and early Cuban Republic, focusing on how Afro-Cubans’ educational options were expanded or restricted. Otheguy will explore how Cubans of color responded to the changing educational structures and also analyze the more informal educational projects created by black Cubans.

In addition to providing a social and institutional history of education in Cuba, her dissertation will explore the debates about educational access that occurred during this time and how they expose multiple and sometimes conflicting meanings of nation, race and national identity. Besides joining in the debates within their own nation, black Cubans looked to the African Diaspora, and often to their black interlocutors in the United States, to think about how the changing moment and ideas regarding education could benefit Afro-Cubans. Her study of education among blacks in Cuba at the turn of the 20th century will be a case study of the role that education, both formal and informal, plays in promoting ideas of race, nation, and national belonging, and its impact on national constructions in neo-colonial and transnational settings.

“The History Department at Stony Brook has provided me with valuable training in historical research,” said Otheguy. “Joining the NAEd and Spencer Foundation community will allow me to use a historical approach to conduct education research. Beyond the contribution that my research makes to the field of Latin American and Caribbean history, I believe that the critical study of race and education is important for meeting the pedagogical needs of college students in today’s multicultural and globalized world.”