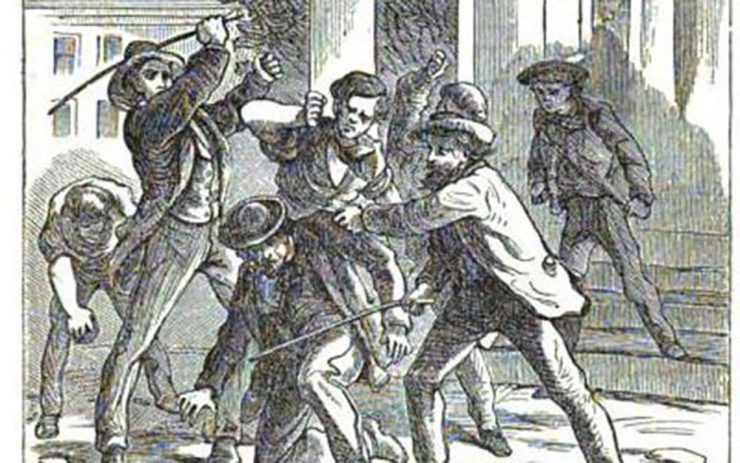 During his second year in Stony Brook’s history doctoral program, Spencer Austin was exploring Gallica, the digital library of Bibliothèque nationale de France, the country’s national library. In doing so he stumbled upon a vast and largely unexplored collection of French language newspapers written by French radicals living in the United States during the late 19th and early 20th centuries. While other students may have continued on their way, for Austin it was an epiphany.

“I knew I had found the topic I wanted to write my dissertation on,” he said.

Thanks to his recently being awarded a Chateaubriand Fellowship in Humanities and Social Sciences, one of 14 such grantees named for 2020–2021, the Dallas native will get to further his studies in France.

Austin’s research focuses on radical politics and transnational social movements in Europe and the United States. His dissertation studies a community of radical French-speaking coal miners who moved from Europe to Pennsylvania in the 1870s, became involved in the radical Franco-American scene, then moved back to Europe in the 1890s–1910s, an interest he developed as an undergrad.

As a Chateaubriand Fellow, just the second Seawolf so honored since 2015, Austin will spend the Spring ’21 semester studying in France. “Winning this fellowship will enable me to study records on the activities of radical Franco-Americans from before they left Europe in the 1870s and after they returned in the 1890s,” he said. “Some of those records are housed at the Bibliothèque Nationale de France and Archives Nationales, but I believe I will find the most useful sources at the Archives de la Préfecture de Police in Paris.”

Austin cited Department of History faculty Herman Lebovics, April Masten and Kathleen Wilson as helping shape him as a scholar.

“They each advised me as I drafted and redrafted my application for the Chateaubriand Fellowship,” he said. “I am sure I never would have received this award without their generous help.”

“Spencer’s innovative research will make it clear how French radicalism and culture traveled across the Atlantic World to return to Europe, creating transnational circuits of ideas and practices that continue to influence our world,” said Wilson, a distinguished professor in the Department of History. “This is a much-deserved award.”

Austin earned his undergraduate degree in history at the University of North Texas, spending a year there as a research assistant before being accepted into the Department of History’s doctoral program at Stony Brook in 2016. Looking to the future, he hopes one day to secure a tenure-track job as a professor of history at a research university.

“I knew I had a good application and that my project fit well with the Chateaubriand Fellowship’s goal of promoting ties between scholars and research topics in France and the U.S., but I was still quite surprised when I won the fellowship,” he said. “I am looking forward to performing archival research and developing new connections with French scholars. Beyond this, I am also thrilled that I will have the opportunity to spend four months in Paris, a city of beautiful sites, and, of course, wonderful food. I couldn’t be happier.” 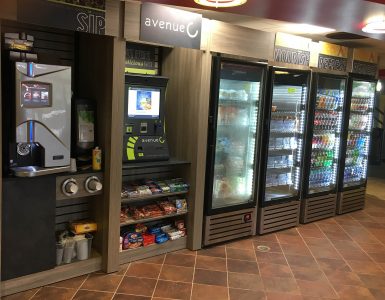 Campus Dining has issued a message to students concerning hours and policies for dining and retail services. The message reads as follows: We are currently living in the midst of a very challenging situation, and as the...

Dr. Sampson, Distinguished Professor of Chemistry, has developed a comprehensive vision for the future of the College that anticipates the challenges of the next decade and charts the way forward.