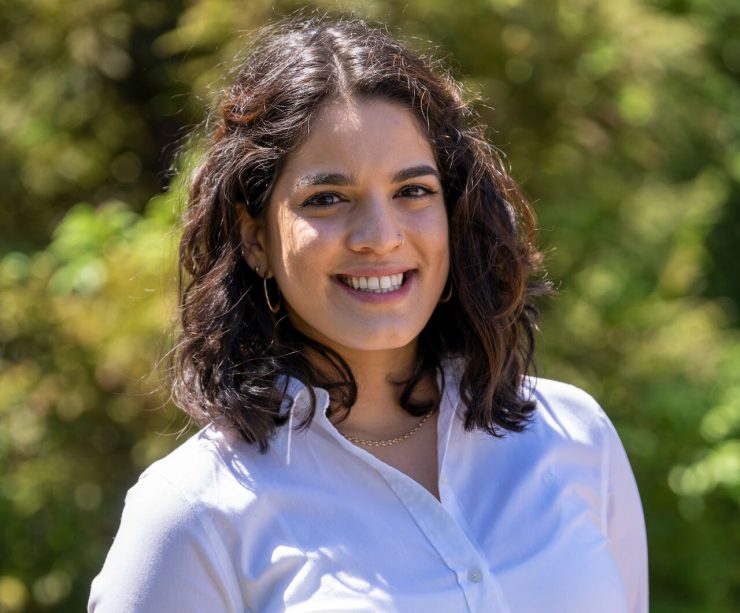 The FINESST provides research grants to graduate students who are designing and performing research projects relevant to interests of the NASA Science Mission Directorate (SMD) in one or more of four divisions: Earth Sciences, Heliophysics, Planetary Science and Astrophysics. Victoria’s fellowship is within the Planetary Science division, in which only 32 of 247 (13%) of proposals were selected this year. She will receive a $45,000 stipend per year, renewable up to three years, for research activities and associated costs.

“Victoria’s selection for the highly prestigious FINESST award is recognition that she is capable of conceptualizing and writing a compelling proposal and that the review panel sees great promise, not only for the proposed research, but also for her future as a research scientist in planetary sciences,” said Joel Hurowitz, associate professor in the Department of Geosciences and Victoria’s advisor. “I couldn’t be more proud of her accomplishment.”

Victoria’s current research focuses on early Martian aqueous conditions, how ultraviolet light-driven reactions could have affected the geochemical conditions, and if it is possible to detect evidence of these reactions in the mineralogical units that are observed on Mars today.

“The FINESST award is a great step into my career as a planetary scientist,” she said. “Receiving this award in such a competitive year puts me on a different level as a graduate student and researcher in a field that 10 years ago would have been unimaginable to me. This recognition is very validating and, especially as a Latina student, is helping my sense of belonging in STEM and my own perspective on what the field of Planetary Sciences could look like in the future.”

Originally from Puerto Rico, Victoria completed her bachelor’s degree in Geology at the University of Puerto Rico-Mayagüez. She received her master’s degree at Temple University where she researched light-driven oxidation of ferrous iron clay minerals as an analog for this process in early Mars. As a PhD student, Victoria aims to continue researching early Martian surface conditions with the goal of understanding if these environments would have been appropriate for the development of early life. When she is not working in the lab, Victoria  enjoys cooking and spending time with her rescue dog.

The Department of Geosciences has had a successful track record with FINESST and NESSF awards. Current PhD student Jae Kim, advised by Professor Bill Holt, was previously selected to receive a FINESST award in the Earth Science category. Michael Thorpe ‘16, PhD, a former member of Professor Hurowitz’s research group, is a past recipient of the NESSF award, and is currently a full-time research scientist at the NASA Johnson Space Center.