Since 2003 the NOSB, a program of the Consortium for Ocean Leadership, has recognized and rewarded student achievement by providing scholarships to students who plan to pursue degrees in ocean science or a related science, technology, engineering or mathematics field. Dana was one of only five students from across the country to win a NOSB scholarship.

For three years during high school Dana competed at the Bay Scallop Bowl — a regional annual science competition of the NOSB that is hosted by Stony Brook University’s School of Marine and Atmospheric Sciences (SoMAS). The competition features teams of high school students competing for cash prizes and a chance to represent New York in the NOSB final competition. Given her ability to organize and motivate her fellow students, Dana was chosen by her team to serve as captain for two years, and the Mt. Sinai team won the Bay Scallop Bowl in 2017 and 2018.

At Stony Brook Dana plans to major in marine science with a minor in filmmaking. Her goal is to better understand biological and physical processes in the ocean and then accurately communicate that information to the general public in an easily understandable way. One of Dana’s top priorities in tackling plastics in the ocean. She received a 2017 Long Island Youth Conservation Summit grant for her efforts in teaching elementary students about recycling and developing her own lessons and activities on the dangers of plastics in the ocean.

The 2020 Bay Scallop Bowl will be held on Saturday, February 1, in Frey Hall. At this year’s Bowl Dana will be volunteering as a rules judge in the high school competition. 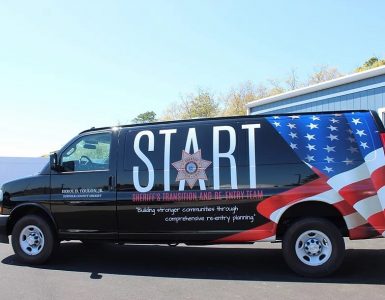