For Rima Madan, the Rainforest Was a Classroom 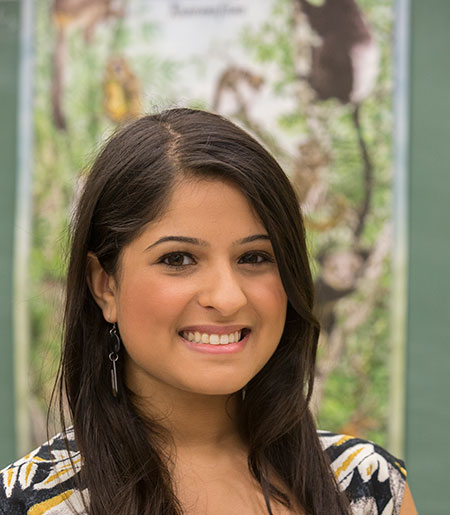 When Rima Madan joined the Madagascar Study Abroad program the summer after her freshman year, she had yet to discover how that one experience would transform the rest of her undergraduate education.

“It was amazing because the rainforest became a classroom,” explains Rima, a Biology and Anthropology double-major in the Honors College. The hands-on learning, the exposure to tropical field biology, and the passion for conservation work she developed, were only part of it. Rima adds: “Research made material from my biology and anthropology classes come to life.”

Rima’s Study Abroad experience also gave her the chance to do an independent research project on access to health care for local Malagasy people, a project which she had the opportunity to present at the US Embassy in Madagascar. In addition, the Madagascar Study Abroad experience introduced her to mentors who would eventually supervise her senior thesis in the Honors College — and motivated her to found a club called “Students Helping Malagasy Students” which raises funds for students in Madagascar who seek to pursue higher education.

Since October 2015, Rima has been involved in carrying out PCRs and gel electrophoresis, growing bacteria on plates, and extracting DNA as part of her laboratory investigation into “The effects of anthropogenic disturbance on lemur habitats by comparing the prevalence of pathogens in wild ringtailed lemurs inside and outside of Beza Mahafaly Special Reserve in Madagascar.”

She works under the supervision of Gena Sbeglia, a graduate student who was a TA for the Madagascar Study Abroad program in 2014; Dr. Daniel Dykhuizen (Ecology & Evolution); and Dr. Patricia Wright (Anthropology). Rima’s research is supported this summer by a Simons Foundation-sponsored URECA summer award.

Rima has a passion for global health issues, has been involved in medical shadowing and clinical research internships, and has already been accepted to the Early Assurance Program at SUNY Upstate Medical University. Rima also participates in the Honors College Big Sibling program, is a member of Neuroscience Axis, was a teaching assistant for Statistics for the Life Sciences, and was selected to be a Student Ambassador for the 2016-2017 school year. She is the recipient of the 2016 Jeffrey Eng Memorial Scholarship in Environmental Science. A resident of Bethpage, NY, Rima’s hobbies include tennis and cooking.

Join Us for an Alumni Virtual Program this September

RESEARCH COLLOQUIUM WITH BEDEL SAGET ’88 Join us for the Alan Alda Center and the School of Communication and Journalism’s first-ever Research Colloquium. Hear from Bedel Saget ’88, a distinguished and... 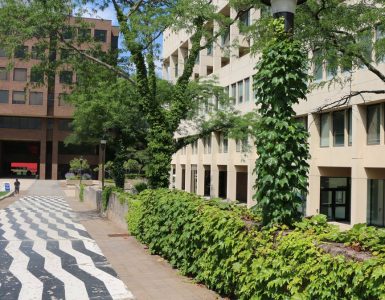