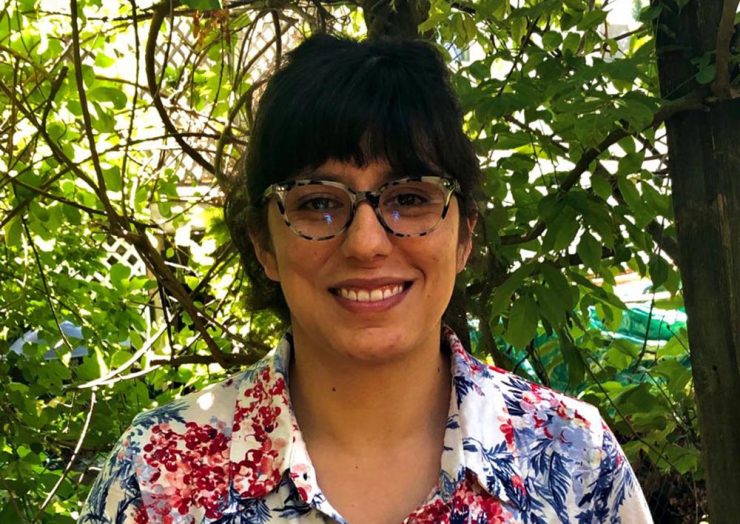 When she was five years old, Ximena Lopez-Carrillo dreamed of becoming an Olympic athlete, especially after her mother enrolled her and one of her sisters in diving lessons.

What the athletically gifted youngster, who grew up in Mexico, couldn’t foresee is that diving would serve as a springboard to a much different future — one whose purpose reflects solely on the past.

Now Lopez-Carrillo is tapping her life and educational experiences to make a splash at Stony Brook University, where she is a doctoral student in the Department of History. She plans to complete her studies in Fall 2021.

She credits her mother with helping her recognize opportunities throughout her life.

“My mother has been a very important figure for me because she sacrificed a lot of things to make sure that my sisters and I had the opportunities she could never have as a child,” Lopez-Carrillo said. “She devoted her life to us while my father was working as a professional soccer coach outside Mexico City. She always made sure that we all did well in school, that we attended all the practice sessions, that we went to all the competitions and found time to do our homework.”

“I was very nervous and I did not have my best performance, but my female teammates and I earned first place in the team category,” said Lopez-Carrillo.

Soon after she dropped diving, Lopez-Carrillo entered culinary school for two years. At the same time, she studied history at the National Autonomous University of Mexico, the largest public university in Mexico.

Lopez-Carrillo finished culinary arts training at the same time she wrapped up her undergraduate education. After graduation, she opened a catering business that serviced a short-film production company. That venture would sustain her while she worked toward her degree in history.

“Both of my sisters are filmmakers, so they had me help them film students who needed videos for their school’s short-film exercises. I used my free time to write my dissertation. Both of my parents helped me tremendously during that process by letting me use their kitchen. I slept no more than three hours a day,” she said.

Lopez-Carrillo’s dissertation advisor in Mexico encouraged her to pursue a graduate program.

The onetime Olympic hopeful said she never could have imagined she would end up pursuing an academic career but acknowledged that she’s not completely surprised at the path she is on.

“An aunt and a cousin of mine were anthropologists and my mom always loved to take us to small villages outside Mexico City to see Mexican handcrafts, go to the museum and to see documentaries,” she said.

But it was a course with a catchy title — “The Cultural History of Madness” — she took while studying in Mexico that changed her perspective. She loved the course, taught by Professor Andrés Ríos Molina, so much that she scrapped her original plan to study cultural history through food in favor of delving into the history of psychiatry, mental health and mental institutions.

As part of the class assignments, students consulted the administrative records of the National Mental Hospital in Mexico.

“I became very curious about what kind of things I could find there, such as all the administrative and personal records of the Child Psychiatry Unit created in the 1940s by Matilde Rodríguez Cabo, the first female psychiatrist in Mexico, who studied in Germany in the 1920s and was affiliated with the Mexican Communist Party. It was really fascinating,” Lopez-Carrillo said.

Digging deeper, she learned about the National Mental Asylum in Mexico, which opened during the Mexican Revolution in 1910 and operated until 1968.

“It was a very curious institution because although it was meant to house people with mental disorders, it also served as a confinement institution for the homeless, soldiers with syphilis, prisoners, people with senile disorder and Chinese immigrants caught using opium,” she said.

The project, led by Ríos Molina, involved studying a sample of 10 percent of the patient population (around 12,000 cases) and categorizing it by mental disorder.

“We found that depending on the social, cultural and political context, the disorders had changing connotations. For instance, from the 1910s to the 1930s, alcoholism, epilepsy, intellectual disability and drug addiction were seen as a symptom of racial degeneration and criminality, so instead of treating the patients, the asylum was used as a place of confinement,” she said. “It wasn’t until the 1940s that these mental disorders were considered a neurological condition that could be treated with medicines, occupational therapies or radical treatments, such as electroshock or insulin shock therapy.”

Another area that intrigues Lopez-Carrillo is the practice of IQ testing, spearheaded by French psychologists Alfred Binet and Théodore Simon, who developed a way to assess intelligence. When used in the United States, the IQ tests were tailored for white middle-class children. She learned that other groups that did not share the same cultural elements, economic opportunities or education generally scored lower than the intended demographic.

“During the Eugenics movement, science believed that inferior subjects procreated inferior babies and if the cycle continued,” the genetic quality of the human population would suffer, said Lopez-Carrillo. “Lower performances in IQ testing justified problematic practices, such as forced and nonconsensual sterilization of many Black and Latin women, and were associated with criminal tendencies, school segregation and disinvestment in schools with majority student populations of color.”

She added, “What united minority psychologists (Latino, Black, Native American, Asian American) was the realization that their experiences were interconnected because they all were victims of the same form of racial oppression.”

While she was archiving Mexican research for her undergraduate dissertation, Lopez-Carrillo met an American professor, Isaac Campos-Costero, who directed her to Stony Brook, emphasizing the University’s prestigious program in Latin American and Caribbean Studies.

In researching Stony Brook further, Lopez-Carrillo learned that she could work directly with Nancy Tomes, a SUNY Distinguished Professor of history and scholar with expertise in the history of American health and healthcare.

“Nancy is my dissertation advisor and the person who has made me aware that although we study historical processes, historians of medicine and mental health are dealing with issues that still affect people’s lives. Therefore, we need to approach these topics with respect and empathy,” Lopez-Carrillo said.

Eric Zolov, a professor in the Department of History, has also been invaluable to Lopez-Carrillo as she works on her dissertation. “As a Mexicanist, he helps me connect my research topic to the Mexican context by pushing me to identify the linkages between the research I did in Mexico during my undergrad research and my current research,” she said.

Two additional professionals made a profound impact on Carrillo’s life as well.

“As a successful Mexican-American scholar and a wonderful writer committed to the advancement of the Latino community, Lori Flores has become a role model for me. Her work on immigration and Latino labor has inspired me to include social justice concerns in my research.

And in much the same way that Lopez-Carrillo’s mother helped her take advantage of opportunities that came her way, Stony Brook affords her a unique occasion to explore themes in the Department of Women’s, Gender and Sexuality Studies and to delve into both Latin American and U.S. history.

“When I was in Mexico, I had a negative perception of mental health disciplines as tools to police individual behavior and normalize society,” Lopez-Carrillo said. “Here I have gained more awareness about the importance of mental health services, especially for marginalized individuals and people with chronic emotional disorders.”

To be sure, Lopez-Carrillo’s experience in the United States — and especially at Stony Brook — has allowed her to overcome that stigma, and she now sees that “mental health can also be a powerful tool for the advancement of people in need.”

The Seawolves clinched the program's first America East regular-season title and secured the No. 1 seed. They play UAlbany this Saturday at home with free admission. 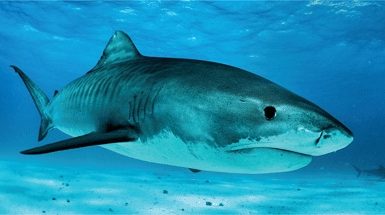 PhD Candidate Oliver Shipley is among a group of marine scientists urging for larger spatial protections in the Greater Caribbean for threatened, highly migratory species.

Stony Brook University graduated 7,100 Seawolves in a virtual degree conferral ceremony May 22, sharing spirit and hope in an event marked by the coronavirus crisis. The Class of 2020 joins the ranks of 200,000...