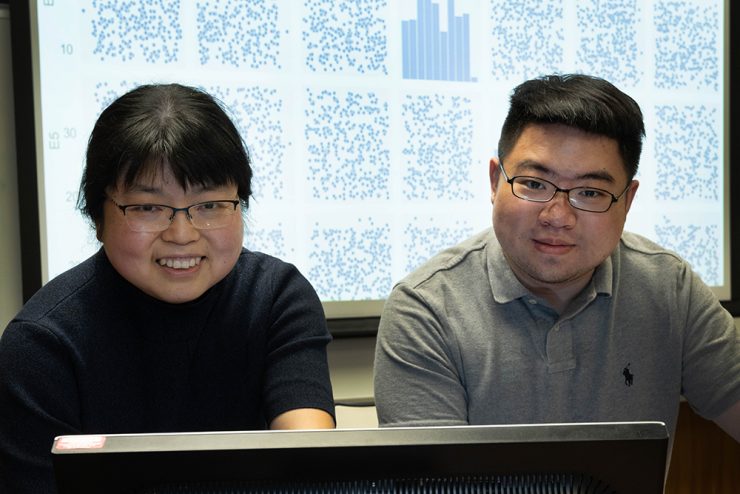 Chemists at Brookhaven National Laboratory have developed a new machine-learning (ML) framework that can zero in on which steps of a multistep chemical conversion should be tweaked to improve productivity. The approach could help guide the design of catalysts — chemical “dealmakers” that speed up reactions.

“Our goal was to identify which elementary step in the reaction network or which subset of steps controls the catalytic activity,” said Wenjie Liao, the first author on a paper describing the method just published in the journal Catalysis Science & Technology. Liao is a graduate student at Stony Brook University who has been working with scientists in the Catalysis Reactivity and Structure (CRS) group in Brookhaven Lab’s Chemistry Division.

The team developed the method to analyze the conversion of carbon monoxide to methanol using a copper-based catalyst. The reaction consists of seven fairly straightforward elementary steps.

Ping Liu, the CRS chemist who led the work, said, “We used this reaction as an example of our ML framework method, but you can put any reaction into this framework in general.”

For more about the research, see the Brookhaven Lab press release.