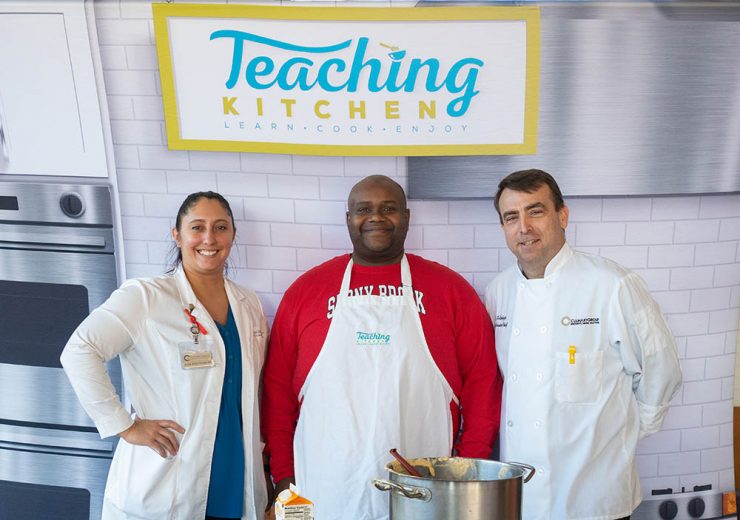 The Faculty Student Association (FSA) and CulinArt hosted a recipe contest for Black History Month to feature recipes that students love and remind them of home. The grand prize winner Reginald Ligonde (Reggie) ‘21, a College of Business student, received one hundred dining dollars, his own Teaching Kitchen program and the opportunity to have his family’s famous mac and cheese recipe featured at West Side and East Side dine-in.

“I’m a non-traditional student returning to school after twenty years in the hotel and restaurant business,” explained Reggie. He transferred to Stony Brook University from Suffolk Community College and is enrolled as a candidate for the dual BBA/MBA in Management/Human Resources/Risk Management.

As the son of Haitian immigrants, Reggie is a first-generation college student. Both of his parents and his brothers immigrated to the United States from Haiti. “My family developed this mac and cheese recipe as part of their “assimilation” with American culture, specifically the African American culture,” explained Reggie. This mac and cheese departs from the “traditional” mac and cheese, particularly with the selection of cheeses used. In Haiti, Macaroni Au Gratin is typically made with parmesan cheese. This recipe uses a blend of Italian cheeses as well as sharp cheddar, giving it that “American” comfort taste.

Throughout February, Stony Brook University hosts Black History Month, an annual tradition that celebrates the African American experience. There are educational, social, and cultural programs reflecting the theme “Sankofa! Owning Your Own Narrative.” Sankofa is an Akan language of Ghana that translates in English to “return and get it,” and has been the enduring theme over the years for Black History Month at Stony Brook. Sankofa is used throughout the pan-African world to promote the idea that African people must go back to their roots in order to move forward.

On Wednesday, February 26, Reggie’s mac and cheese will be featured at East Side and West Side dine-in for lunch and dinner. 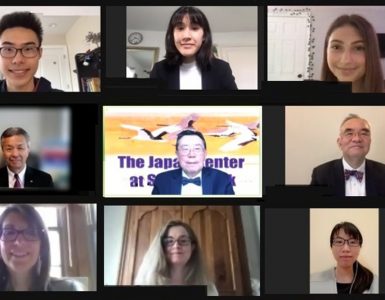 On Saturday, April 24, the Japan Center of Stony Brook University (JCSB) held its 16th Annual Essay Competition Award Ceremony. Unlike past ceremonies, which were held at the Charles B. Wang Center, this ceremony was... 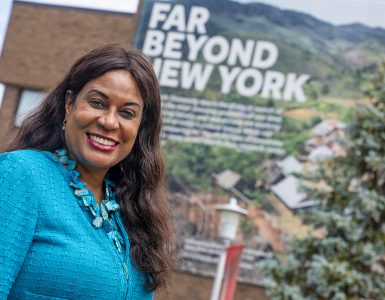 Stony Brook’s commitment to equity earned the University a No. 17 placement in the education industry and No. 138 overall on Forbes list of America’s 500 Best Employers for Diversity 2021.  Forbes partnered with market... 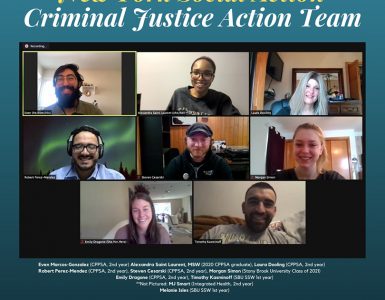 Alexandra Saint Laurent MSW ’20 has been the lead on the groundbreaking work of police reform, along with a criminal justice action committee that includes current SSW students.