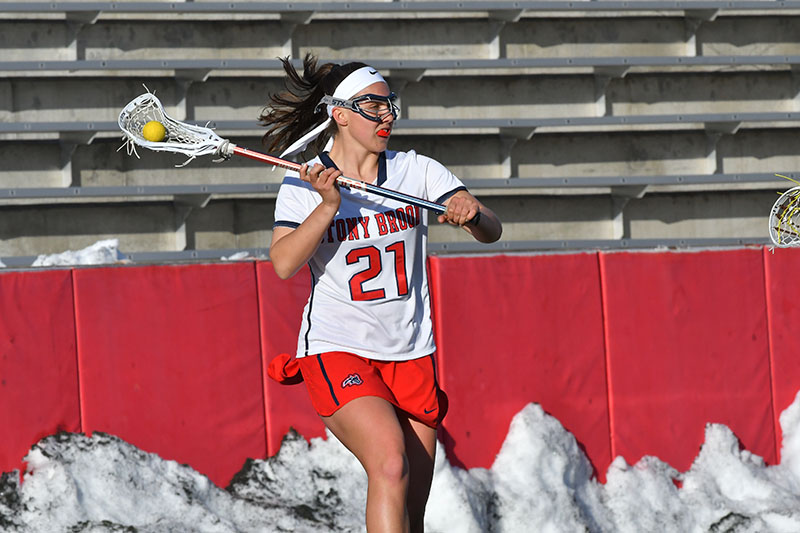 No. 1-ranked Stony Brook women’s lacrosse began America East action on Saturday with a road victory, as nine different players recorded a point to help the Seawolves best UMass Lowell by the final score of 20-7 at Cushing Field. With the win, the Seawolves improve to 8-0 (1-0 AE) so far in 2018.

“Being 1-0 in conference play is a great place to be,” said head coach Joe Spallina. I thought we came here and handled being on the road really well as a squad. A lot of assisted goals, and the opportunity for us to play our entire roster today was great. It should make for a great week of practice as we get ready for Vermont and Cornell, another important part of our schedule.”