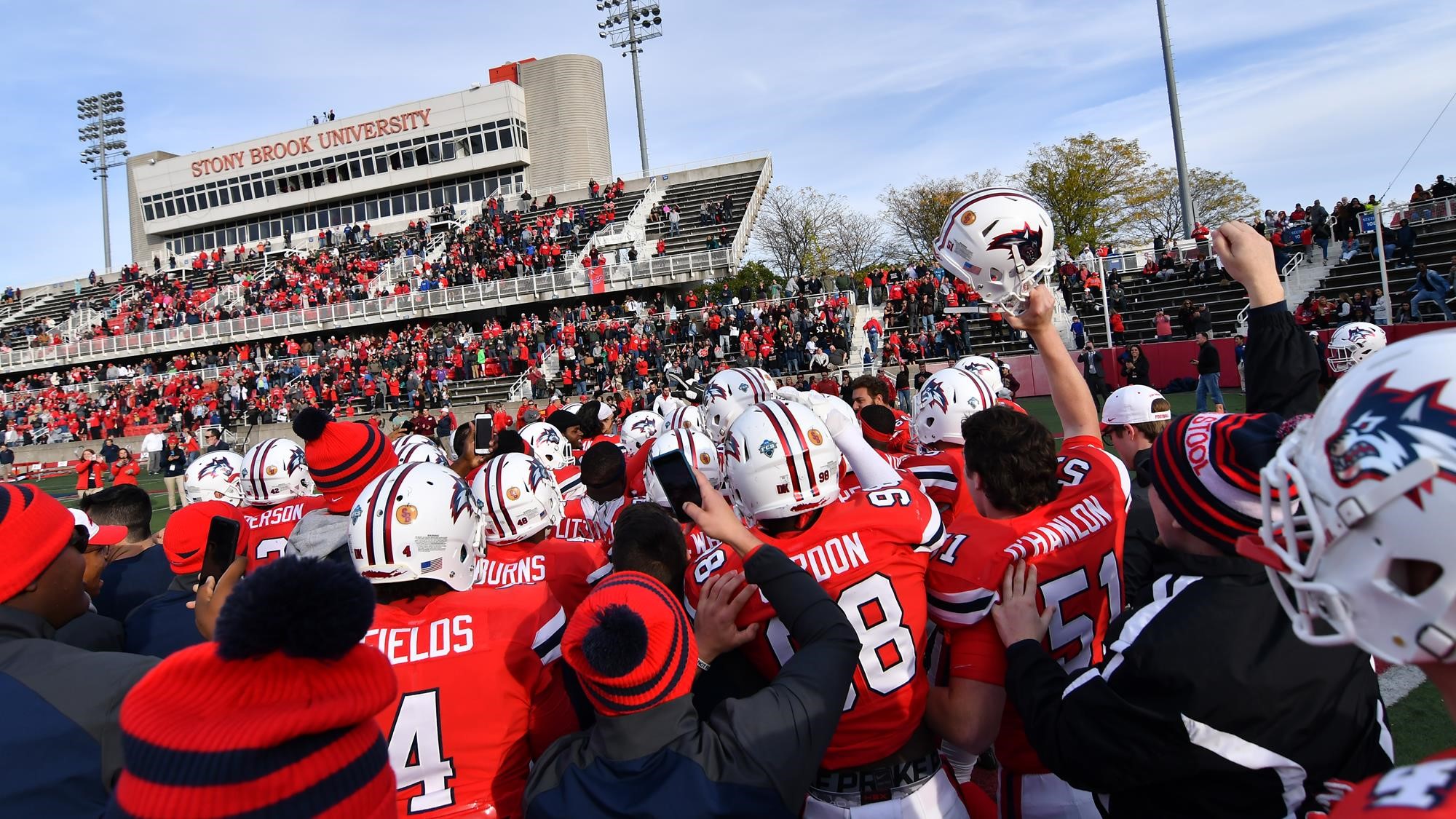 The Stony Brook football team, coming off its best season in years with 10 wins overall and seven CAA Football victories in 2017, was tabbed as the 20th-ranked team in the nation in Monday’s STATS FCS Preseason Top 25 poll.

The Seawolves closed out the 2017 season ranked 11th in the final STATS FCS poll after an opening round win over Lehigh in the NCAA Division I Championship and a loss at then-No. 1 James Madison in the second round.

A national panel of sports information and media relations directors, broadcasters, writers and other dignitaries select the STATS FCS Top 25. A first-place vote is worth 25 points, a second-place vote 24 points, all the way down to one point for a 25th-place vote.

Stony Brook placed 20th with 798 points to sit behind fellow CAA Football member Villanova and ahead of Illinois State.
The Top 25 will be released every Monday afternoon during the regular season, except for Sunday morning, Nov. 18, prior to the selection of the 24-team FCS playoff field. A final Top 25 will follow the FCS championship game, which will be held Jan. 5 in Frisco, Texas.

The Seawolves open the season at FBS opponent Air Force in Colorado Springs on Sept. 1 before hosting Bryant in Kenneth P. LaValle Stadium for a 6 p.m. kickoff on Sept. 8.