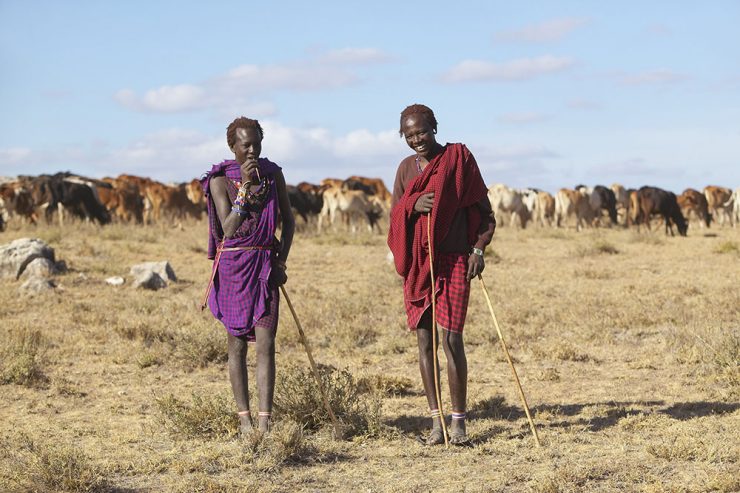 New DNA research shows how food production entered sub-Saharan Africa some 5,000 years ago, illuminating how herding and farming spread through the continent in ancient times.

A DNA-based study of 41 human skeletons, conducted by an international scientific team co-led by Stony Brook University bio-archaeologist Elizabeth Sawchuk, PhD, reveals a multistep spread of the first herders into East Africa. The findings are published online in the journal Science.

“The origins of food producers in East Africa have remained elusive because of gaps in the archaeological record,” explained Mary Prendergast, PhD, a co-first author and Professor of Anthropology and Chair of Humanities at Saint Louis University in Madrid, Spain. “Our study uses DNA to answer previously unsolvable questions about how people were moving and interacting.”

The international team included researchers from Africa, North America, and Europe. They analyzed genome-wide data from the skeletons, which were recovered from East African archeological sites and curated at the National Museums of Kenya and Tanzania, and the Livingstone Museum in Zambia, and which dated to the Later Stone Age, Pastoral Neolithic, and Iron Age.

Herding of cattle, sheep, and goats was the first form of food production to spread through most of Africa.  This way of life – known as pastoralism – continues to support millions of people in East Africa today.  The new genetic results help to reveal the origins of pastoralism in this part of the world, and the circumstances that allowed herding, and later farming, to become prevalent.

“Today, East Africa is one of the most genetically, linguistically and culturally diverse places in the world,” said Sawchuk, a co-first author of the paper and Research Assistant Professor in the Department of Anthropology. “Our findings from the DNA analysis of the skeletons trace the roots of this mosaic back several millennia. Distinct peoples have coexisted in the Rift Valley for a very long time.”

Archaeological research from the East African Rift Valley shows this region played a significant role in the development of food producing societies and the transition from foraging to herding. Although livestock first appeared in northern Kenya around 5,000 years ago, archaeological data have not been able to paint a complete picture of when and how people and livestock spread farther south, and how distinctive herding societies developed.

The spread of food production involved multiple complex movements of people into East Africa at different times, which included the mixing of groups with ancestry derived from northeast Africa with local East African foragers. This admixture between herders and foragers diminished after around 4000 years ago.

Their descendants diverged to form culturally diverse groups of Pastoral Neolithic herders in the Rift Valley, but continued to form a closely related genetic cluster over thousands of years.  By 1,200 years ago, movement into the region of additional peoples from both northeastern and western Africa during the Iron Age, some of whom began farming, contributed to ancestry profiles similar to many groups living in East Africa today.

Genetic analysis also provides insight into the evolution of lactase persistence, the ability to digest milk into adulthood, in East Africa. Although this genetic adaptation is found in high proportions among Kenyan and Tanzanian pastoralists today, it was rare among these ancient herders, contrary to previous predictions.

Sawchuk and fellow researchers concluded that future archeological and ancient DNA research in the Turkana Basin, the Horn of Africa, and other parts of northeastern Africa will be necessary to confirm the earliest stages of the spread of herding into the region, and where the initial admixture between northeast African populations and East African foragers occurred.

The study involved a close collaboration between archeologists, geneticists, and museum curators to develop an advanced process for the DNA analysis. Sawchuk, an expert on the study of human remains, analyzed the bones of the individuals in this study. She and fellow first author Prendergast also used the study to develop an ethical protocol for sampling human remains that they hope becomes the model for ancient DNA research in the future.

José Rodriguez, an adjunct professor in the departments of Chemistry and Materials Science and Chemical Engineering at Stony Brook University and a chemist at Brookhaven National Laboratory, has been named a 2021 Fellow...