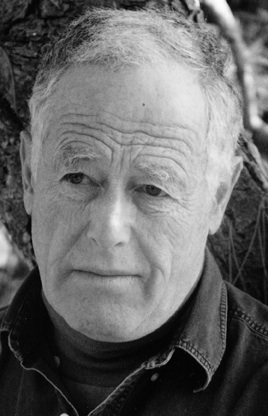 Stony Brook Southampton’s MFA Program in Writing and Literature will inaugurate its Fall 2010 Writers Speak series in the new Chancellors Hall Radio Lounge on Wednesday, September 22, at 7:00 pm with renowned author James Salter, who will be reading from the just-released Memorable Days: The Selected Letters of James Salter and Robert Phelps.

Memorable Days is the apotheosis of an intense literary friendship. Phelps, a Colette and Cocteau expert, began writing to Salter in 1969. The book of letters illustrates the hardships and challenges within their personal and professional lives, as well as their passions and dreams. Through these letters it’s apparent that both men lived for the thrill of art and writing.

A West Point graduate who’d flown 100 Air Force missions, James Salter wrote his haunting first novel, The Hunters, about the slow self-destruction of a fighter pilot. His novel, The Arm of Flesh, also drew on his flying experiences. Salter’s next novel was the classic A Sport and a Pastime. He went on to make documentaries, write screenplays—including the script for Downhill Racer starring Robert Redford and Gene Hackman—as well as the novels Light Years and Solo Faces; the memoirs Burning the Days and Gods of Tin; the story collections Dusk and Other Stories, which won the 1989 PEN/Faulkner Award, as well as Last Night. But it was shortly after the publication of A Sport and a Pastime that Salter first heard from Robert Phelps.