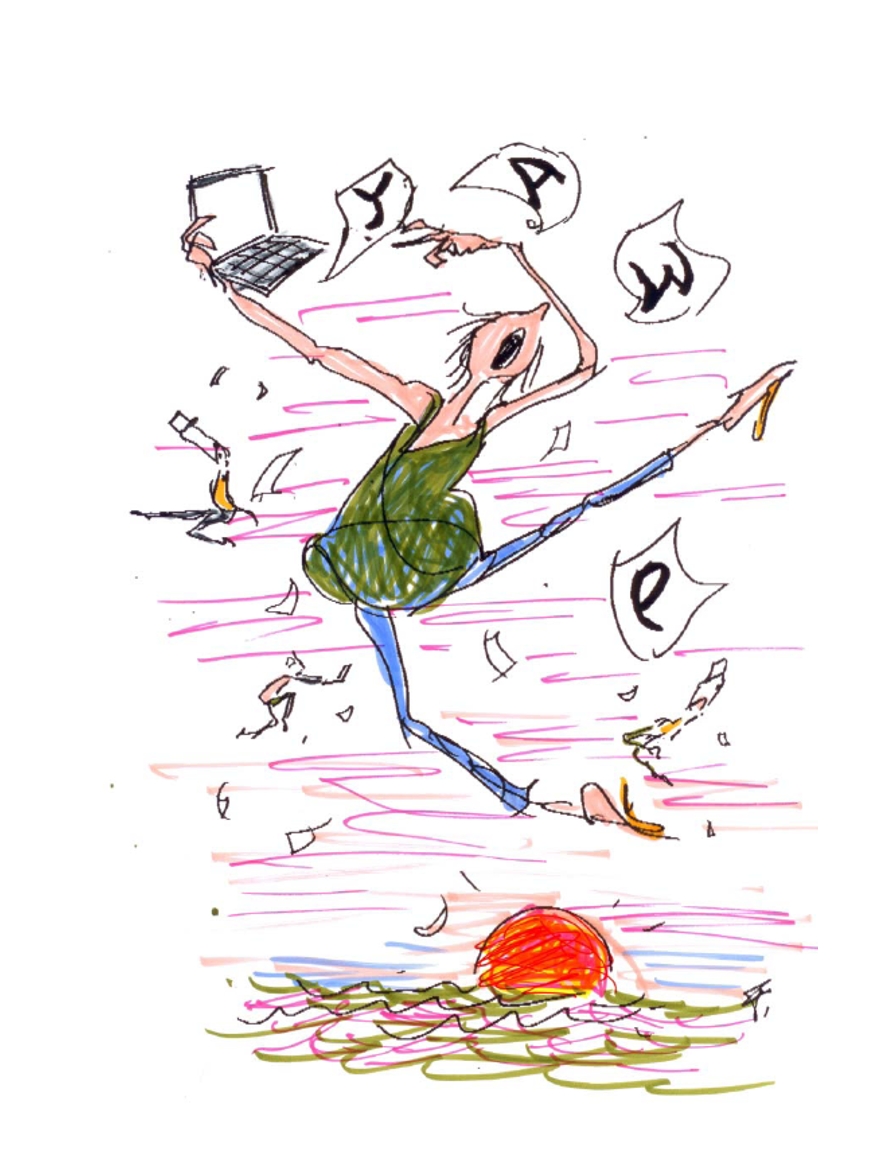 YAWP, created and sponsored by Stony Brook Southampton’s MFA in Writing and Literature Program, is dedicated to mentoring middle and high school students in the development of creative expression and critical thinking through writing. Professional writers and teaching artists lead workshops in a wide array of writing disciplines, including playwriting, screenwriting, poetry, personal essay, and fiction. YAWP Programs in Fiction and Poetry will premiere this spring at Southampton Intermediate School.

Close to 200 students participated in the YAWP Middle School Playwriting Residency this winter. During the course of two months, students explored the basic elements of dramatic writing: how to develop ideas, characters, themes, dialogue, and scenes, culminating with each student writing a 10-minute, one act play. One play from each participating class was then selected for production in the festival. Professional directors stage the plays, which encompass a wide array of genres from comedy to drama, with subject matters drawn from the students’ own lives.

YAWP is helmed by Emma Walton Hamilton as Executive Director and Will Chandler as Program Director. Hamilton is a best-selling children’s book author, editor, and arts educator, and serves as the Co-Director of the Southampton Playwriting and Children’s Literature Conferences. A Co-Founder of Bay Street Theatre, she was the theatre’s Co-Artistic Director, and subsequently Director of Education and Programming for Young Audiences for 17 years. Chandler, an American Academy of Motion Picture Arts and Sciences Nicholl Fellowship screenwriter, also served as Education Director and a Teaching Artist for Bay Street Theatre. He has written a number of screenplays for clients ranging from Sony Pictures to actor Russell Crowe and has been a story analyst/script doctor for ABC, CBS, NBC, Viacom, and HBO, among others.