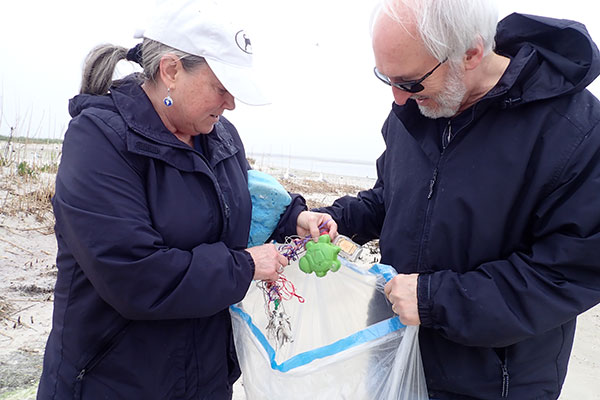 The annual Stony Brook Southampton Beach Clean-Up on Warner Island took place on Saturday, May 4, and despite some sketchy weather, the event was a success.

Volunteers collected several bags of trash, consisting mostly of plastic and styrofoam, which were removed from the small island in Shinnecock Bay. Participants included lecturer and Semester by the Sea director Kurt Bretsch; Paul Shepson, Dean of the School of Marine and Atmospheric Sciences; Jody Shepson; Sabrina Simone and Finn Morrissey.

The event was promoted by the Stony Brook Southampton Residence Life, which also provided lunch, and was part of the Town of Southampton’s annual Great East End Clean-Up.

Photos were provided by Professor Bretsch and Finn Morrissey.