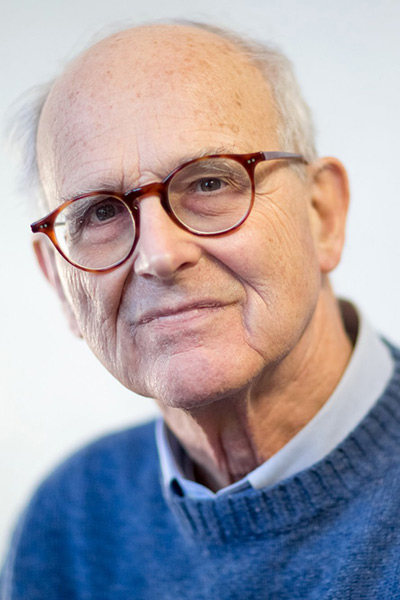 Imagine a boat sailing across a pond. As it moves, ripples disturb the water. The bigger and faster the boat, the greater the ripples, and the more the water is disturbed, along with any objects within.

If the pond is the universe, and celestial objects are the boats, then you can begin to understand the gravitational waves that distort the space-time fabric that exists around stars as they move.

Albert Einstein predicted the existence of gravitational waves in his theory of general relativity, but assumed they would be impossible to detect from earth. He was correct, until September 14, 2015, when the Laser Interferometer Gravitational-Wave Observatory (LIGO) detected the first gravitational waves, which were generated by the collision of two black holes and took 1.3 billion light years to arrive at earth.

Rainer Weiss won the 2017 Nobel Prize winner in physics for his work on LIGO, and he will deliver a special lecture about gravitational wave astronomy on Wednesday, October 10, at Stony Brook Southampton’s Duke Lecture Hall.

The lecture, “Probing the Universe with LIGO: A Nobel Prize-Winning Project,” is presented by Stony Brook University, Brookhaven National Laboratory, and the Montauk Observatory. The three institutions are teaming up for the first time in what is described as “an important new union for sharing knowledge about science on the East End.”

“It’s rare to have such a distinguished scientist share his personal and professional insights into mysteries that stretch our understanding of the Universe,” said Richard J. Reeder, Vice President for Research at Stony Brook University and Associate Vice President for Brookhaven National Laboratory Affairs. “We are fortunate to have this exceptional opportunity.”

“We’re honored to host such a distinguished individual as Dr. Weiss and to collaborate with two of Long Island’s most eminent academic and scientific institutions to present such a momentous experience,” said Donna L. McCormick, Montauk Observatory’s Executive Director. “Dr. Weiss and his contribution to science will be remembered for generations to come.”

Dr. Weiss conceived the initial design for the LIGO detector 50 years ago and was first funded in 1990. LIGO involves over a thousand researchers from 20 countries and is revolutionizing the fields of physics and astrophysics, enabling scientists to observe the universe in a unique way and acquire a better understanding of it and of such events as exploding stars, the collision of black holes, and the birth of the universe.

Dr. Weiss will discuss his own interesting history as well as the history of the LIGO project, of gravitational waves, and his vision for the future of gravitational wave astronomy. Sean Tvelia, a founding member of Montauk Observatory’s Board of Directors and Academic Chair of Science at Suffolk County Community College’s Ammerman Campus, will present opening remarks. Dr. Will Farr, a graduate of MIT, Associate Professor in Physics and Astronomy at Stony Brook, Gravitational Wave Astronomy group leader at the Flatiron Center for Computational Astronomy, and member of LIGO will introduce Dr. Weiss.

The lecture begins at 6 pm, and will be followed by an informal reception with wine and refreshments. Admission is free but reservations are required. Contact Laura Lyons at laura.lyons@stonybrook.edu for more information.