Food for Thought: A Day with Bobby Flay and Food Lab 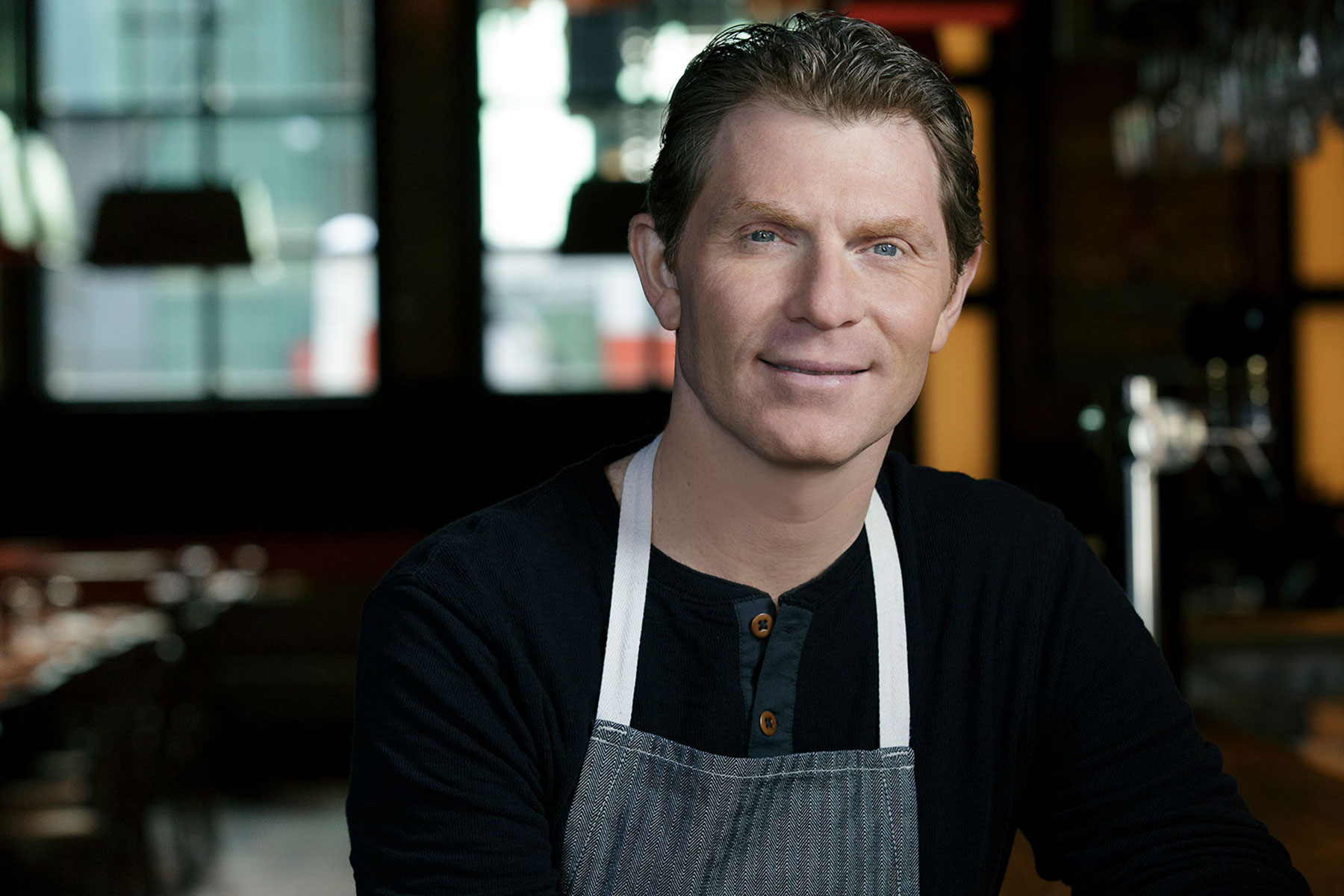 It was a perfect June morning on the East End of Long Island. Breeze flowing off the water, clouds providing a slight scrim for the sun trying to push through. Sitting at a remote picnic table (although not quite remote enough to keep away several “Hi Bobby, I love your new show” fans) with television star and celebrity chef Bobby Flay, I shared our plans and set-up for the opening night keynote address he would be delivering for the 3rd Annual Food Lab Conference.

It would be delivered that evening on the water’s edge at the School of Marine and Atmospheric Sciences (SoMAS) on Shinnecock Bay to 100 plus VIP guests, media, and faculty, including University Provost Michael Bernstein and Associate Provost Robert Reeves.  “But what if it rains?” the iPhone, signaling 30% chance, prompted.

As it happened, the evening was perfect.  As the sun bathed Chef Flay on the podium, he recounted his early days as a chef in New York City. He went to culinary school, was mentored by Jonathan Waxman, one of America’s seminal chefs, and soon after auditioned for the start-up Television Food Network.  Bobby recounted to the enthralled audience, “If you knew how to cook, and had enough money to buy a subway token to get you to the studio, you could be on television.”

The rest is history. In my introduction of Chef Flay, I noted, “Between his hit grilling shows like Boy Meets Grill and his star turns on the new cooking competition show Iron Chef, Bobby Flay helped food television evolve from programing for homemakers to universal entertainment, bringing men, boys and girls into food television’s growing audience and influence.”

After an enthusiastic ovation, Bobby was joined on stage by Julia Child’s biographer Alex Prud’homme, in a conversation recounting the changes in food television and cooking from Julia’s days as the French Chef to Iron Chef Gauntlet, Bobby’s current star turn on FoodTV.

One of the great things about a food conference, even when it is jam-packed with more than 30 nationally regarded speakers talking topics ranging from nutrition and sustainability to the future of restaurants and Long Island wine, beer and distilling businesses, there is always good food to talk about, eat and taste. Saturday’s sessions commenced with a breakfast hour of French toast and fruit sides hosted by the conference’s sponsoring partner, Anolon Gourmet Cookware, and prepared on the spot by Chef David Bonam.

The conference enjoyed a standing room only audience in Duke Auditorium of Chancellors Hall, introduced by Provost Michael Bernstein, who welcomed everyone on behalf of Stony Brook University.  Dr. Bernstein spoke about how Stony Brook has become one of the most highly regarded institutions in the country, and added that along with the importance of its math, science and medical programs, the university’s centers for creativity and liberal arts studies – on both main and Southampton campuses, were of continued relevance and importance, and that the work of Food Lab was part of this perspective.

I then spoke of the historically important fishing, farming and wine industries in the area, and noted how the Food Lab at Southampton sits at their gateway, actually and symbolically.

The rest of the day was filled with keynote speakers and panels:  David Barber, Co-Founder and partner of Stone Barns Educational Center and Blue Hill at Stone Barns, named 11th best restaurant in the world this year, in conversation with Stephanie Strom, New York Times writer on business and food, discussed the “farm to table” movement and how it is changing as it becomes a bigger business — and how that affects what we find on the grocer’s shelves, as well as what we put on our tables.

Michel Nischan, founder of Wholesome Wave Foundation, recounted his path from working on a family farm to aspiring to be a rock and roll musician, ending up cooking in an Illinois diner, eventually running a restaurant, “Heartbeat” in New York City, serving healthy, natural foods. Thinking about the idea that only people who could afford to spend $30 and $40 dollars on his entreés were privileged to be fed this way, he changed his career and dedicated his life to making healthy wholesome foods available to all people. Michel’s talk, including a video, focused on the role he has played in SNAP legislation aimed at bringing whole foods and food education to underserved people and communities across America.  At the conclusion of Michel’s talk, the audience responded with a long round of applause.

Sessions held through the day presented ideas, viewpoints and sometimes counterpoints on topics including “The Joy of Cooking it Yourself,” moderated by Nancy Hopkins, Deputy Editor of Better Homes and Gardens, who traveled to Southampton from Des Moines, Iowa to share her perspectives with Jack Bishop, host of the PBS cooking series America’s Test Kitchen and editor in chief of Cooks Illustrated magazine, Marge Perry of Newsday, Julianne Feder of Cooks Studio, and Alex Prud’homme. “Nutrition: Fads, Fashions and Functional Foods,” moderated by Food Lab’s Educational Director Brian Halweil, examined how and what people are eating in an effort to be healthier.  His panelists included functional food and medicine specialist Dr. Robin Berzin MD, chef and ayurvedic food expert Heather Carlucci and Max Lugavere, author and speaker on nutrition and brain health.

Lunch hour was bountiful with food truck and buffet service of pizza, tacos, sandwiches and locally produced beverages.  Attendees had time to meet each other, network a bit, visit the aisle of and sample tastes from local food makers, and for many, to take in a sun filled walk around the beautiful Southampton campus.

After opening the afternoon sessions with his inspiring talk, Michel Nischan took an appropriate place in the conversation about “Increasing Access to Healthy Foods,” a panel hosted by Kathleen Masters, Executive Director of the Amagansett Food Institute and member of the Food Lab, along with Tanya Steel, editor in chief of Clean Plate and founder of Michelle Obama’s Kids Healthy Lunch program, Ron Tanner, EVP of Philanthropy and Government Relations of the Specialty Foods Association, and Pierre Friedrichs, Vice Chairman of Slow Foods East End.  New York Times writer Florence Fabricant moderated the next panel, about “The Future of Restaurants: From Fine Dining to Food Halls and Food Trucks.”

Ms. Fabricant kept the audience amused and informed, peppering the questioning with anecdotes about restaurant details of over attentive waiters focused on folding and refolding customer napkins, while panelists in the restaurant business – Jennifer Baum of Bullfrog and Baum, Vicki Freeman of Cookshop, Vics and Rosie’s, and Heather Carlucci – addressed serious questions facing independent restaurateurs, the foremost being a lack of qualified employees.

The final session of the afternoon was “Long Island Drinks.” Daniel Lerner, a partner in Skurnik Wines, moderated the panel, moving from beer, with Montauk Brewery founder Vaughan Cotillo, to Wine, with legendary winemakers Roman Roth of Wolffer and Louisa Hargrave, the North Fork’s first wine producer, to Leslie Merinoff, founder and partner in Matchbook Distillery in Greenport, and Han Shan, marketing ambassador of Hudson Whiskies.

After the “Drinks” panel, it was definitely time to taste.  Everyone attending got to participate in our version of Food Lab Con, enjoying samplings of wine, beer and spirits, as well as treats from all of the food maker vendors.   It was a joyful – and tasteful – conclusion to an enriching and bountiful day of all things FOOD.

More than two hundred attendees then walked to the Student Activity Center, which was lit and decorated by professional restaurant designer Dav-O with giant food paintings by Barbara Thomas covering the walls.  It felt more like the Four Seasons than the SAC.  And the food matched the uptick in venue.  Prepared and served by Art of Eating, overseen by partners Chef Cheryl Stair and front of house John Kowalenko, the delicious dinner, paired with terrific wines from Wolffer, and creatively presented and served family style on Anolon cookware, was worthy of a multi-starred restaurant review — especially the amazing fried chicken (recipe to be posted at www.thefoodlab.org)

At the end of the evening, guests gave chefs, cooks, servers – and the Food Lab – a well deserved standing ovation.  Next year’s 4th Annual Food Lab Conference will be announced in September.  Have a great – and tasty – summer. 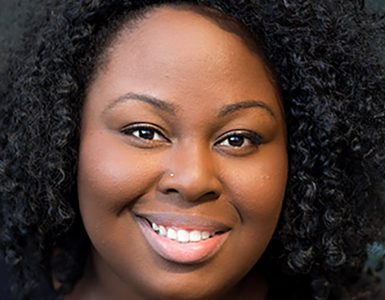