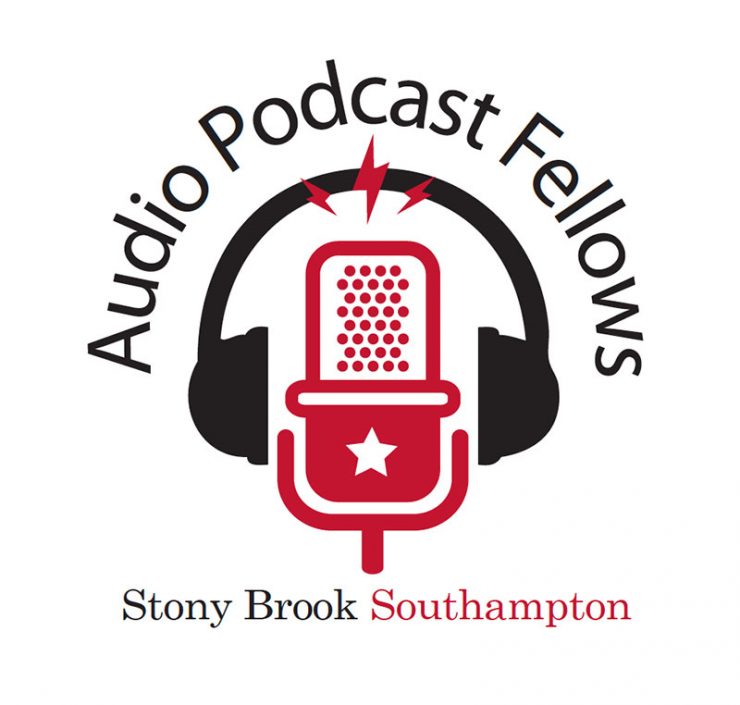 By any standard of measurement, the first year of the new Audio Podcast Fellows program developed by Stony Brook Southampton Graduate Arts has been an unqualified success, with each of the nine students in the two-semester program writing, recording and producing their own individual podcasts on a wide range of engaging topics.

The first three podcasts to be released under the imprimatur of the Audio Podcast Fellows demonstrate both the practical effectiveness and the high standards in creative expression and production values that are the hallmark of the new program.

Within two weeks of being released, “SpeshFX,” a podcast series about beatboxing created and hosted by Podcast Fellow Tani Levitt, made the New and Noteworthy page in the Performing Arts category on Apple Podcasts. Like all the podcasts being released through the new program, in addition to Apple Podcasts, SpeshFX is available on Stitcher, Spotify, WSHU Partner Podcasts, TuneIn, iHeart Radio, Overcast, Castro and others, as well as at www.speshfx.com.

Podcast Fellow Gail Sheehy, the bestselling author of Passages (among other titles) and celebrated journalist and lecturer, extended her reach and added to her storytelling arsenal with the production of “Kid Rebels with Gail Sheehy,” which looks deep into the emotional impact of school shootings on traumatized teenagers. In the four-episode series, Sheehy presents an inspiring alternative to the isolation and PTSD affecting more than 221,000 school shooting survivors nationwide since Columbine.

Sheehy followed Peter Yarrow of Peter, Paul and Mary to Florida, where he and his cohorts drew on their history of activism during the Civil Rights era to help survivors of the Parkland school massacre make new music to assert their power in protest songs.

A former lawyer turned Madison Square Garden and NBA executive who went on to co-found one of the first sports marketing agencies, Podcast Fellow Bill Goldstein “flunked retirement,” according to his wife, and went on to create “Not That You Asked” in the new Fellows program. Goldstein describes his 2- to 10-minute monologues as stories, observations and pet peeves presented in his signature breezy, brassy, sometimes funny, sometimes serious, always fast and edgy style: “like a shot of whisky in a white wine spritzer world.”

“After finishing our first year,” said Audio Podcast Fellows Co-Director Kathie Russo, “I’m happy to say we are thrilled with our graduating class, and we see a very bright future for all of our Fellows in the field of podcasting. Looking ahead we will be doubling our class size to 20 students by offering the program in both Southampton and Manhattan. We’re also adding three more faculty to the team and we are very pleased to have two corporate sponsors for the second year of the program, Samson and Megaphone.”

Podcast Fellows Co-Director Tony Dec noted that, in addition to the breadth of experience that both he and Russo bring, the principal reason why the new program stands out is the commitment to “the long-arc development of a podcast rather than just a weekend immersion or classes promoting quick fixes. Unlike other podcast training courses that run mere hours or weeks to a few months—videos, bootcamps, and other accelerated studies—the Stony Brook program that we created is invested in supporting the working professional in the creation and launch of a comprehensively and professionally executed podcast.”

The new program “lets you keep your day job, study with us one night a week, and design and build your podcast with us on your own time,” Dec said, “while benefiting from our continual assistance and support, together with a broad complement of podcast professionals who are regular lecturers, throughout the entire eight and a half months. No other program can boast that; we are the very first in the world.”

Read the complete story at the Southampton Graduate Arts website.