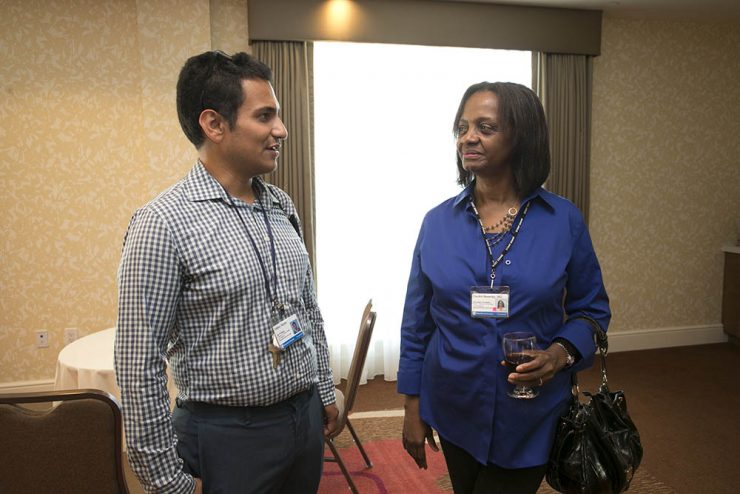 With its strong focus on the health sciences as well as diversity and inclusion, Stony Brook University has long been committed to the importance of global health and health disparities. SBU’s expertise in the area was shared with a virtual audience August 3 as the Center for Changing Systems of Power, the College of Arts and Sciences and the Stony Brook Alumni Association presented a virtual town hall titled “Healthcare Disparities: The COVID-19 Pandemic.”

The discussion, attended by more than 350 people, was moderated by Charles Robbins, Executive Director of the Center for Changing Systems of Power and a faculty member in the School of Social Welfare. Robbins’ research and professional work focuses on issues including social justice and gender equality.

“Today’s program could not be any more timely or important,” said Robbins. “This is an aspect of social justice that I’ve been speaking about and working on throughout my career. I saw healthcare disparities decades ago when I first came to Stony Brook Hospital. In 1990 the School of Social Welfare adopted a healthcare curriculum that exposed students to information about healthcare disparities. And here we are, 30 years later in 2020, and the media and public have just found out that there are healthcare disparities.”

Robbins offered some disturbing and eye-opening statistics: life expectancy for the white population is 3.5 years longer than that of the Black population in the United States; Black infants die at twice the rate of white infants; prostate cancer kills twice as many Black men as it does white men; and breast cancer disproportionately kills Black women.

“And we now know that the overwhelming majority of essential workers who do not have the privilege to work from home as many of us do are among our lowest-paid workers and are disproportionately people of color,” he added.

“I’ve been examining the social risk factors that contribute to racial and ethnic and socioeconomic disparities in health outcomes across a broad array of diseases for more than a decade, and the COVID-19 pandemic has really shined a light on the type of work I do,” said Goodman. “There’s a lot of work that defines differences of health across racial and socioeconomic groups, but much less work has gone into developing solutions to address these issues.

Goodman said she believes the COVID-19 pandemic has forced us to think about the way our societies are structured, including how people fit into that structure, such as “essential workers” who had to risk their health going out in the field to work.

“The broadening of the definition now includes those who work in transit, grocery stores, pharmacies and even those who deliver our meals,” she said. “I think COVID-19 made people realize how having vulnerable communities can impact everyone.“

“One of the things I’ve heard throughout this pandemic was that COVID-19 doesn’t discriminate, and at the surface level that is true,” said Héctor Alcalá, Assistant Professor in the Department of Family, Population & Preventive Medicine, part of the Renaissance School of Medicine at Stony Brook University. “What does discriminate is our society and the fact that we’ve structured it in such a way that we systematically advantage certain groups over others.”

Alcalá said that he wasn’t surprised by the early data showing that Black and brown people were being disproportionately impacted, adding: “That happens with just about every other chronic health condition and infectious disease in this country.”

And while Alcalá thinks it’s good that a lot of people in the United States have become aware of this, it’s also disheartening that many, even within the healthcare or research context, are only now becoming aware of just how unequal our society is.

“What we really need to do moving forward is acknowledge that our society systematically puts certain groups at a disadvantage,” he said.

Why are Black and Hispanic Americans hit the hardest? Liu pointed out three major factors: They are concentrated in jobs that cannot be done remotely and rely heavily on public transportation, which makes it much easier to contract and spread the virus; they are more likely to live in crowded housing and multigenerational homes that make spreading the virus easier; and, people of color have a high rate of pre-existing conditions, such as obesity, diabetes and high blood pressure.

“When you think about all these concepts, they all point to the same root income inequality,” she said.

Benjamin Locklair, a former intern at Stony Brook Counseling and Psychological Services who is currently an attorney and forensic psychologist with the Philadelphia city government, addressed the effects of COVID-19 on those in the criminal justice system and those with mental health challenges.

Locklair cited the statistic that there are 90,000 fewer men than women in Philadelphia, and attributed much of this to the effect of neighborhood violence and incarceration, which falls disproportionately on people of color.

Jennie Williams, Associate Professor in the Department of Family Population & Preventive Medicine and Assistant Dean for Student Diversity, addressed the need to be more diverse and inclusive in research

“Health disparities are linked to social determinants of health like poverty, unequal access to health care, lack of education, sexual orientation-related stigma, gender and racism,” she said. “However, in some cases when you control for these factors disparity often still exists.”

Williams said that while African Americans make up less than 14% of the U.S. population [source: 2016 Census bureau], they have the highest incidence and/or mortality rates for most cancers and infectious diseases, adding that the number of deaths due to Covid-19 has been associated with poorer and more urban counties.

“As a research scientist, I am assessing factors associated with the disproportionate rates of cancer incidence and mortality as well as response to cancer chemotherapeutic agents by racial and ethnic groups,” she said. “This include socioeconomic status, diet, geography, microbiota and how these alone or in combination relate to genetic and epigenetic dysregulation.”

Williams said her group has made a concerted effort to generate diverse cell lines, organoids, and patient-derived xenografts, which are tissues used for transplant.

“We’ve also increased our collection of African American and Hispanic samples,” she said. “What we require from our biobanks and clinicians is to be more diligent in acquiring samples from diverse populations. Scientifically, one size does not fit all.”

“I was not surprised that we saw a very strong representation of people of color in our hospital,” he said. “About three-quarters of our patients came from the center of Long Island. And we had disproportionate numbers compared to the total population of Hispanic and Black individuals.”

Kaushansky said that in response, Stony Brook has created a database to help medical professionals better understand what is contributing to the disproportionate share of morbidity and mortality with people of color. Kaushansky also said that the Renaissance School of Medicine currently has more than 70 active projects designed to understand these elements, both the social determinants and other elements that might contribute to the cause of the disease and to patient outcomes. He described the recent creation of a COVID-19 database, which he called “one of the most important tools Stony Brook has developed.”

Robbins concluded: “We’re proud to provide a place for discussion for improving the quality of life for all people who have been marginalized by the power structures benefiting those in power. The question we have to ask and answer is: ‘What can all of us do to really address the differences that exist between communities in terms of the resources and services that are available to them?’” 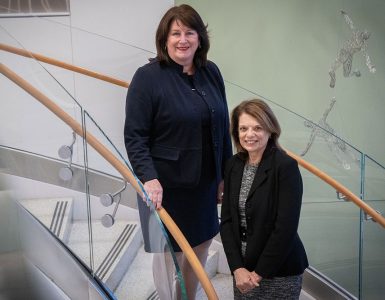